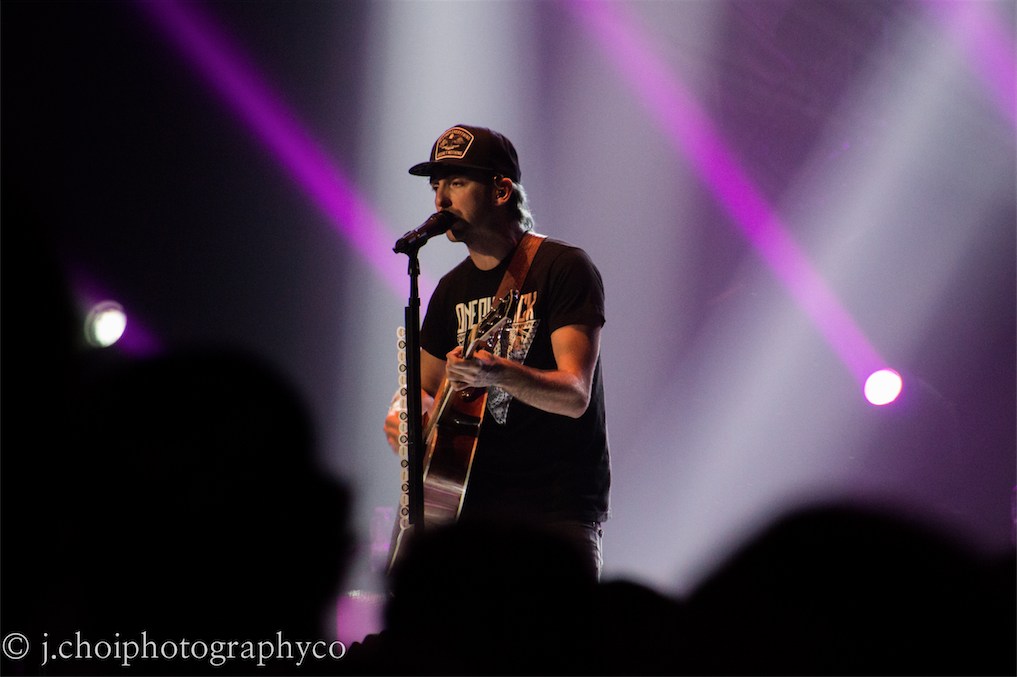 All Time Low and Sleeping With Sirens brought their Back to the Future Hearts Tour to the Liacouras Center, rocking North Philadelphia for the night of Saturday, Nov. 21.

The show opened with UK pop-punk heavy hitters, Neck Deep. The band brought hard-hitting riffs and energy to the stadium as the drove of fans came rushing in.

Setting the tone early with their hits like, “Can’t Kick up the Roots,” and “Kali Ma” the band got circle pits, moshing, and crowd surfing to be focal points of the atmosphere early on.

The set ended with an acoustic performance of “A Part of Me” and the first song the band ever wrote, “What Did You Expect?”

Lead singer Ben Barlow jumped off stage and rolled onto the crowd to perform the song. This caused a mass commotion of fans attempting to grab ahold of the mic and get the opportunity to sing the lyrics along with Barlow.

Sleeping With Sirens took the stage next to the scream of thousands of fans within the arena.

The pop-rock group opened with “Kick Me” their first single off their most recent album “Madness.”

Constant energy came from the band as they played a wide range of songs from their discography with new hits like “Gold” and “The Strays” to older tracks like “Do it Now Remember it Later” and “Tally it Up, Settle the Score.”

The band also gave a great fan experience as both Quinn and rhythm guitarist Nick Martin took walks through the crowd while performing allowing fans to scream vocals into the member’s ears and grab the occasional selfie. SWS even gave a surprise with a drum solo from Gabe Barham, something more classic rock the band is used to doing.

The band followed suit of their opening act by performing an acoustic set of “Scene Five: With Ears to See, and Eyes to Hear” and the band’s notable Goo Goo Dolls cover of “Iris,” which saw the stadium illuminate from the flashlights of phones and lighters fans put up.

Before leaving the stage, the band thanked the crowd and wished them a happy Thanksgiving and holidays before ending with their most popular song “If You Can’t Hang.”

In between sets, a member of the All Time Low team came out to let everyone know something had happened to the band personally causing a delay. “We just ask that first, you be patient with the band. And second, when they do come out, we ask that you give them all the love and support you can,” clarified the team member.

The suspense ended as soon as the band roared out setting off the stage with the song “Satellite.” “We f**king missed you Philly, sorry for keeping you waiting,” said Alex Gaskarth, the lead vocalist of the band.

The band rolled out with their signature high profile style with Gaskarth on vocals, Jack Barakat on lead guitar, Zack Merrick on bass, and Rian Dawson on drums.

Before the crowd even realized what was happening, the performers jumped straight into the action opening up their set with heavy hitting singles like “Lost in Stereo” and “A Love like War.”

The theme of acoustic breaks went all the way through to the headliners as All Time Low started off with “Cinderblock Garden” then going into the fans’ choice of “Remembering Sunday” over “Therapy.”

The energy lasted throughout the night as the band played familiar hits like “Don’t You Go,” “Poppin Champagne” and “Damned If I Do Ya (Damned If I Don’t).”

Gaskarth and Barakat exchanged witty banter, which they are known to do throughout their shows, including a conversation about Barakat listening to the new Adele, Justin Bieber, and One Direction albums, while covered in KY Jelly.

“I just want to say one more time, thank you for being understanding of us coming on a little late. We received some very heavy news today, and I’m not going to go into details, but it was a tough night for us to come out on stage and do this. So thank you so f**king much for being amazing,” said Gaskarth before ending the band’s set with “Old Scars/Future Hearts.”

After fans cheered and shouted for an encore, the band reemerged to play three more songs: “Kids in the Dark,” “Something’s Gotta Give” and – their biggest hit – “Dear Maria.”

The encore had the perfect ending as beach balls and heart-shaped confetti rained down on fans, who could not have asked for a better experience. 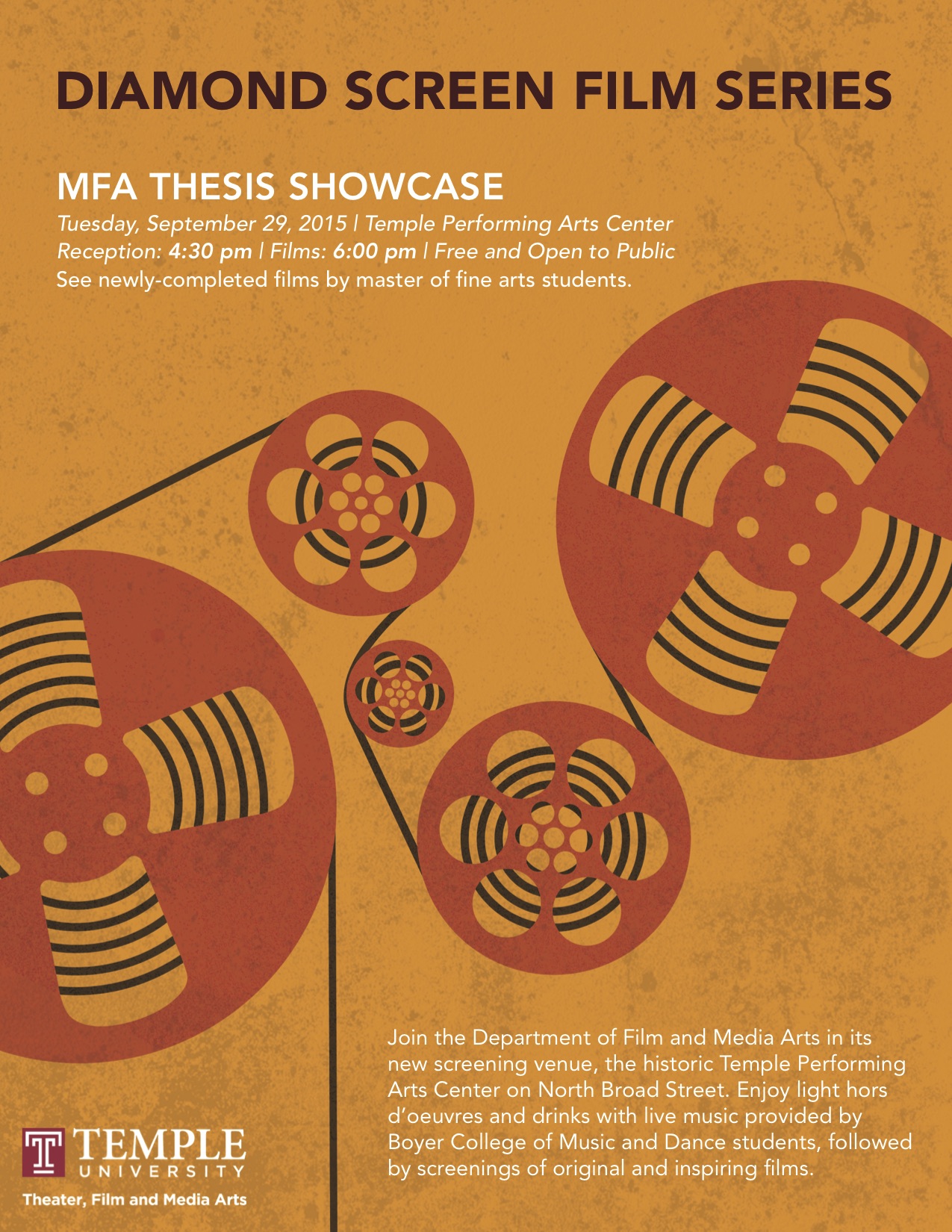 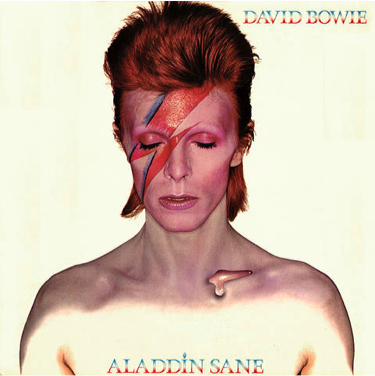 David Bowie and ‘Blackstar:’ A Final Farewell to His Fans 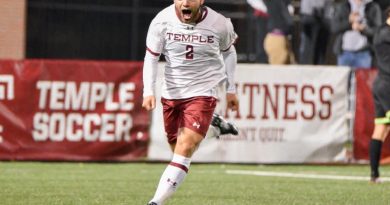