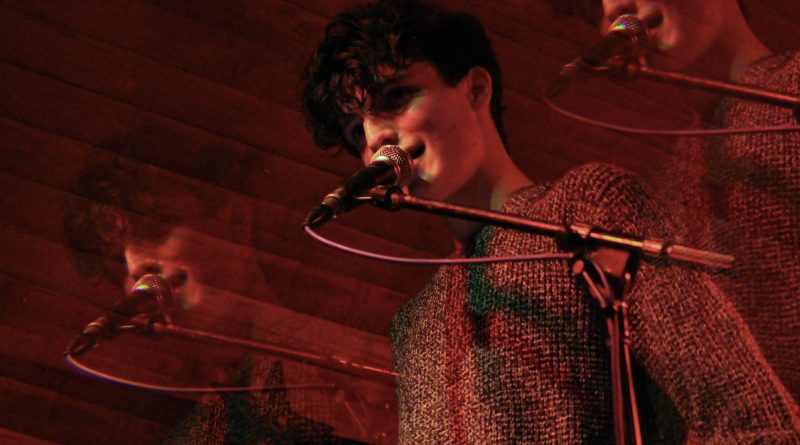 Slow Hollows made a stop in Philadelphia at Kung Fu Necktie this past Thursday, September 20, as part of their current US tour. The four piece line up from Los Angeles is comprised of Austin Feinstein, Jackson Katz, Aaron Jassenoff, and Daniel Fox. Feinstein provides lead vocals and guitar, while Katz, Jassenoff, and Fox provide drums, bass, and keyboard/trumpet, respectively.

The band was founded by Feinstein in 2013, initially under the name Hollows before officially become Slow Hollows in 2014. Their debut record, I’m Just As Bad As You Are was released that same year on Bandcamp. Since then, they have released 2 additional albums: Atelophobia (2015) & Romantic (2016) and show no signs of stopping. A new album is currently in the works, titled ACTORS and is set to be released later this year.

The night began with 3 opening acts before Slow Hollows took the stage. The first was Pet, a local Philadelphia band consisting of 4 brothers–Mike, Tom, Tommy, and Kieran. Initially formed in 2016, they have 2 albums under their belts: Ten Thousand Years (2017) and Hell Yeah Ulysses (2018). They performed a short, 6 song set, topped off with their amusing charm and banter in between each. Their slightly abrasive garage rock sound translated well within the small venue.

Second was SadGirl, performing a slightly longer set than their predecessors. A trio of men hailing from Los Angeles, California, their beach like sound felt very new and slightly punk, their frontman Misha Lindes exuding the confidence of an almost surf rock Alex Turner. Comprised of Lindes as well as Dakota Peterson and David Ruiz, they have several EPs released since the group’s inception in 2013.

The final opener for the night was Stevie Wolf, an artist originally from Boulder, Colorado with a self proclaimed sound of “flamboyant soft grunge ballads.” An organic change of pace as the evening progressed, his soft spoken and carefully curated tones were a crowd pleaser. Though he was missing his keyboardist, Wolf supplemented by drawing a picture of him to hang on a microphone stand as a computer played those parts instead.

An obvious shift occurred in the mood of the audience before Slow Hollows came on, and the small venue began to fill up slightly more than previously. As the beginning of “Come Back In” permeated the space and the red lights glowed on their faces it was evident that their set would be a fun one to watch, balanced with both older and newer hits.

They performed some of their more popular songs such as “The Art School Kids,” and “Again” garnering more recognition from the audience. The summer-like tone of each portrayed the true cohesion that the group possesses, making it all the more enjoyable to watch unfold as the set progressed. Giving a nod to their older material, obvious excitement arose when the drum count off for “I’m Just As Bad” began and immediately lit up the room with the familiar tune that many happily sang along with.

One of the most notable aspects of Slow Hollows’ time on stage were the trumpet accompaniments/riffs provided by Daniel Fox during a few of the songs, such as “Spirit Week” and “Hospital Flowers.” Pairing nicely with vocals from Feinstein and well interwoven within the context of each song, it was almost reminiscent of post rock band American Football. Fox’s well timed abilities added a unique flavor to the overall experience.

The night came to a close with their song “Hell,” a slower, softer song to end the show on. Feinstein played this song alone while playing keys as the rest of the band left the stage. His careful chords and contemplative speech pattern, it was almost enchanting and captured everyone in the room. The song ended the show on a somber note, with fans begging for more.

Slow Hollows’ collectively calm composure paired with their primarily guitar driven songs and breadth of talent made for a fun show leaving everyone wanting more. From calmer songs like “Hell,” to more interactive, outward bops such as “I’m Just As Bad” and “Dark Comedy,” it is clear that the group has their sound and creativity down to make their shows feel like a road trip to the beach. 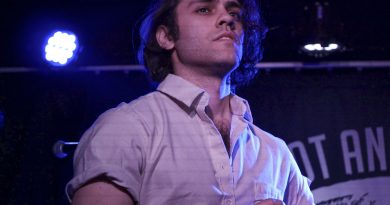 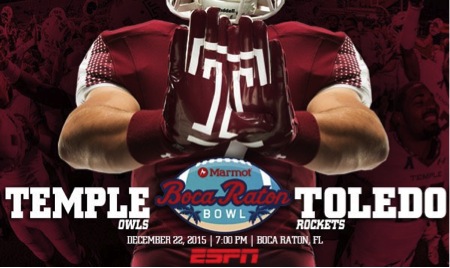 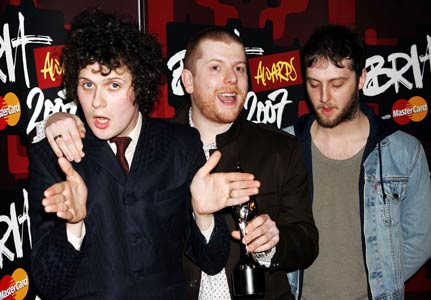