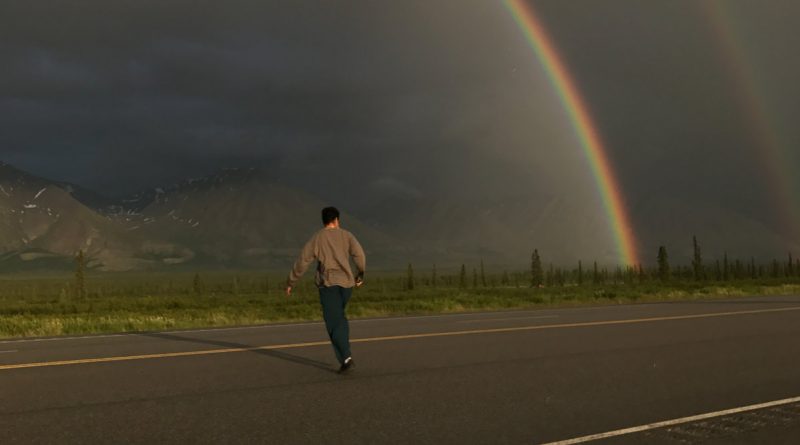 As you grow up you never really stop trying to figure out who you are. Whether it’s the regrettable blue eyeshadow phase in 7th grade or becoming the biggest fan of a band you swore you hated, just when you think you have a solid sense of self it seems like everything switches. Chance encounters that change your mind and life-altering events that make you someone you struggle to recognize, becoming who you’re meant to isn’t always an easy process. With honesty as rare as the double rainbow gracing the cover Kevin Krauter confronts the heartbreak and triumph that comes with an ever-evolving identity on his sophomore LP, Full Hand.

Founding member of the Bloomington, Indiana based shoegaze band Hoops, Krauter has been releasing his own music since 2015 with his EP Magnolia. It was only after the band went on an indefinite hiatus in 2018 that he put out his first full-length album Toss Up. Known for his ethereal style the album shined but lacked the lyrical depth he seeks on Full Hand. Abandoning intricate metaphors he stops hinting at his feelings, opting for absolute sincerity instead.

Refusing to flinch as he stares down his past and not shrinking from the challenges of moving forward, Krauter isn’t scared to embrace every aspect of his identity. Homeschooled as a child it wasn’t until his brother started illegally downloading music on the family’s home computer via Limewire that he first heard something other than Christian rock. This deeply religious upbringing isn’t something he strives to conceal, instead using it to explore where he belongs, what his place is, and his own personal beliefs.

Starting out with “Intro,” Krauter creates space for contemplation before the balmy bop fades into “Opportunity.” Automatically admitting how difficult it is to shake out of his old ways there’s the recognition that it isn’t easy outgrowing the person you used to be. Building over hazy synths and listless keys “Opportunity” shows him starting over despite having shaky hands.

Not letting his past define him “Green Eyes” is putting to rest the things that keep you up all night. Stating in an interview with Honey Punch Magazine  “the lyrics for this song loosely represent a difficult but inevitable situation in my life toward which I held on to a lot of guilt and confusion for a long time…I was dealing with the question of how much of myself I still owe to it and how to find compassion for myself even when the thought of closure seems unlikely.” Reconciling with the things he can’t change, there’s a moment of healing that comes with his acceptance.

Through patience and sheer willpower, Krauter finds himself slowly but surely coming to terms with all of the things that have afflicted him. Working through his past and looking towards his future it’s on “Kept” that his persistence shines as he croons “don’t you lose it/don’t you lose it now/even if I try sometimes to lose myself somehow.” Repeating the lyric like a mantra, it’s the reassurance that even when he gets lost he can always be found.

Despite the skeletons surrounding him he never succumbs to the darkness instead his eyes are set on the light even when it means squinting. The soundtrack to slow dancing in a middle school gym “Pretty Boy” is a rush of clarity and true joy. Stripping back the twinkling riffs it’s lyrics like “look ahead, say I see me now / smiling at what used to stress me out / cause it won’t be too long, but I’ll take my time with it/it won’t be too long till I come back home,” that shows the shift.

Finding faith in himself on “Suprise” he proclaims “’I go and find out, it’s so easy/turn and walk away from all the sadness/even if it feels too hard to handle/I know it’s just a reason to let it fly.”  Shrugging off what used to hold him down it feels like the fog is lifting.

Unashamed and completely in touch with himself there’s a level of vulnerability present that even the sweeping soundscapes and glittering guitars can’t cover-up. Delicate and dainty it’s  the title track that Krauter is most honest as he admits “it’s time to reveal my full hand.” With nothing to hide it is the moment he steps completely into the light, everything shimmering and all at once proud of the person he has become and ready to show the world.

Finally finding peace with himself, Full Hand takes it step by step. A gentle reminder that all you can do is try and that taking it slow is better than staying still it is the deep breath you’ve been forgetting to take. Even though it feels heavy Krauter brings an ease best expressed on  “Patience” where he confesses “I’m just having a little bit of fun with it.” While Krauter’s wispy vocals and dulcet-dream pop make it sound pretty Full Hand isn’t out to fool you. Simultaneously exhausting and exhilarating figuring yourself out takes a lot of bravery but that doesn’t mean you can’t boogie through it. 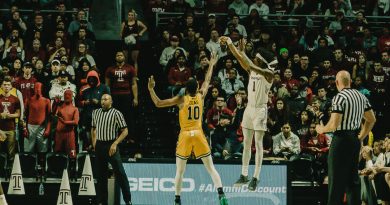 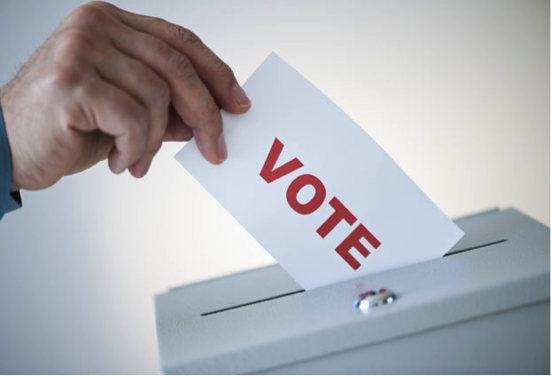 Will Temple students exercise their right and go out to vote? 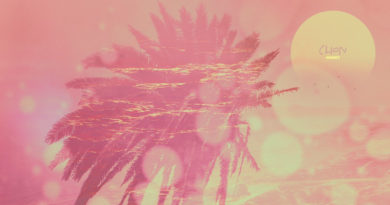