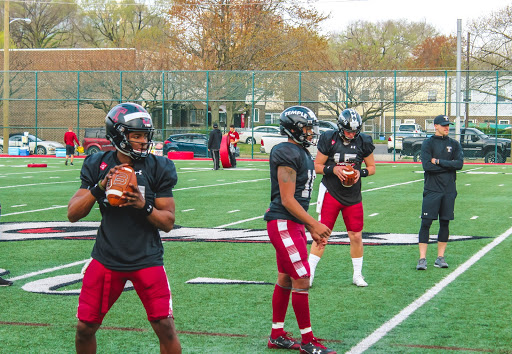 Written and Image by: Sean Rodman

Heading into the offseason most Temple fans never would have believed there would be a position battle at quarterback. However, Head Coach Rod Carey addressed earlier this spring that everyone has to fight for a starting spot, which includes last years starting quarterback Anthony Russo.

Last season Russo took over as the starter in week three against Maryland, with Frank Nutile missing four weeks due to an injury. Russo earned the starting job through his play on the field, and led the Owls to a 7-3 record as the starter. Russo may have the most experience in the quarterback room, Quarterbacks Coach Craig Harmon mentioned he has been “very impressed” with all five quarterbacks on the roster.

Redshirt Sophomore Todd Centeio has the second most experience of the group. Last season, there were specific plays implemented in the offense and special teams designed to use Centeio’s skill set.

When asked if the new offense would have similar plays designed for Centeio, Coach Harmon said, “it’s way too early to talk about any of that… were just trying to develop our offense.” Harmon included that the Redshirt Sophomore is not just a “Wildcat guy,” and he is first and foremost a quarterback.

Centeio believes he can fight for the starting spot this fall. He has gained confidence over this spring with each practice as he learns the new offense. “I feel like I broke through [about] a week ago, and I’m just going out there and making plays,” said Centeio.

Even though Redshirt Freshman Trad Beatty, and true Freshman Kennique Bonner Steward, are two of the younger quarterbacks on the team, both have shown flashes this spring of their potential. Coach Harmon said that both are developing a little faster than anticipated.

This is Trad Beatty’s second spring at Temple, after graduating high school early. Beatty’s lone snap under center last season came in victory formation, when he kneed the ball on the final play of the game at UConn.

Kennique Bonner Steward has only been at 10th and Diamond for about three months. Coach Harmon put it into perspective as to where Bonner Steward should be right now, “he’s ahead of anybody in the curve that is coming out of high school. Most guys are sitting in algebra class and he’s outside practicing.”

It is still only spring and there is a lot of reps and learning for each quarterback in the new offense. Anthony Russo may have the edge for the starting quarterback spot, however in a very competitive quarterback room, Temple fans may not find out the opening day starter until the end of training camp. 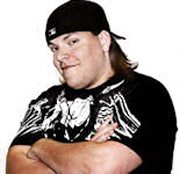 Chad Dukes on DeSean Jackson with Zach and Chase!