For the first time, Apple held their March keynote at a high-school in Chicago AND unveiled a “new” product to join the iPad lineup. Apple revealed a new 9.7 inch iPad, which notably includes Apple Pencil Support, and the A10 Fusion chip, which first appeared in the iPhone 7 and 7 Plus. In terms of chassis, the new iPad does not deviate from standard iPad vocabulary, holding the same chassis as the outgoing 9.7 inch variant of the device.

Apple’s A10 Fusion chip is not the newest chip for Apple products, but it remains a strong chip nonetheless. The Fusion chip brings AR Support to the iPad, more power efficiency when doing software heavy tasks such as editing 4K Video, and better multitasking support. With Apple Pencil, creativity is also being pushed, as seen in their new TV Spot. However, the new iPad is lacking some features that would benefit the Apple Pencil, including a fully laminated display, ProMotion technology, and True Tone Display. The Apple Pencil has seen some cases of scratching the screen when specs of dust or debris get in the way of drawing. The laminated display helped with this problem on the iPad Pro models.

Other than a spec bump, iWork pre-loaded, and Apple Pencil Support, the iPad did not receive any additional updates besides price. Apple now is pushing for more schools to go for this model, giving schools $30 off the $329 price tag of this new iPad. The New iPad will come in two configurations – $329 for 32GB and $429 for 128GB. The new iPad will launch with Silver, Gold, and Space Grey color options with pre-orders beginning March 27th and shipments expected in early April. The Apple Pencil did not receive any updates or price cuts, but Logitech did reveal the “Crayon”, a cheaper alternative to the Apple Pencil priced at $49.

In terms of the classroom, the new iPad will come preloaded with iWork, but only this 9.7-inch model. Apple will offer students 200GB of iCloud storage for free while at school, originally being 5GB. Apple’s Classroom application is coming to the Mac, which will launch with a Beta in June. “Schoolwork”, a new application from Apple, is designed to assign handouts and track student progress. This will be available in June. Finally, a new Rugged case with a keyboard from Logitech was revealed for $99. The products will be sold through Apple’s online education platform according to the Verge.

The ever-growing library of Emoji is about to become even more inclusive. Apple has submitted a proposal for 13 new emojis that have a central focus on those with disabilities. Apple submitted the pitch to the Unicode Consortium, the governing body that oversees new emojis for the iPhone (yes that actually exists). If Apple is granted approval for the emojis, they would debut on the iPhone, and some Android devices by mid-2019 according to Business Insider.

“Currently, emoji provide a wide range of options, but may not represent the experiences of those with disabilities,” Apple stated. “Diversifying the options available helps fill a significant gap and provides a more inclusive experience for all.”

Apple teamed up with the American Council of the Blind, the Cerebral Palsy Foundation, and the National Association of the Deaf to craft the new emojis. Apple added skin colors to most emojis in recent years, continuing the trend that Apple wants to ensure that they include every iPhone user – no matter the skin color, no matter the disability.

Following a similar style to last year, Apple is rumored to have commenced production of a ‘Gold’ and Product RED iPhone X according to Mac Otakara. and OnLeaks. Apple launched the iPhone X in Silver, and Space Grey back in November. While it’s not entirely clear as to why Apple did launch it to begin with, experts suggest that it is due to sluggish sales of the flagship phone. Many people criticized Apple for the high price-tag of the iPhone X, set at a base price of $999, with an upgrade storage option available for $1,149. This left many iPhone 7 users with an upgrade stuck in the middle. Do they upgrade to the similar iPhone 8, or get a whole new expeirnece with the iPhone X – while swallowing that price tag.

When Apple first launched Rose Gold with the iPhone 7, it was meet with a lot of popularity, almost as much as when the iPhone made its first debut in White. While the Gold color would just be aesthetic, the Product RED variant of the phone should come as no surprise. Apple, for many years, has launched Product RED Apple products to help with AIDS Research. Every time someone purchases a Product RED Apple device, a small portion of the product sales goes to AIDS Research.

When Apple released the iPhone 8 and 8+ in Product RED, it was not revealed at any specific event, meaning that it could come any day. Apple announced the Product RED Verison of both devices mid-year in 2017, so expect some more concrete evidence by the end of April.

The Apple Watch Series 4 is expected to launch in the Fall, and new details are emerging about its design. According to KGI (as reported by 9to5Mac), AWS4 will feature a 15% larger screen. The current Apple Watches sit comfortably with a 38mm screen and a 42mm screen. As far as if this means a bigger screen with a new screen, or shrinking the already existing bezels remains unknown as of this posting. FaceID is also rumored to come to the Apple Watch.

Ming-Chi Kuo, the KGI Security Analyst best known for leaks, also predicts a measure sales spike thanks to older generations receiving a price cut when the new watch is announced. 2018 numbers are predicted at around 22-24 million units, with a 30% “year-to-year” growth expected. Kuo predicts 50 million a year in the coming future.

Expect more Apple Watch news leading up to the September reveal, alongside the next generation of iPhones. 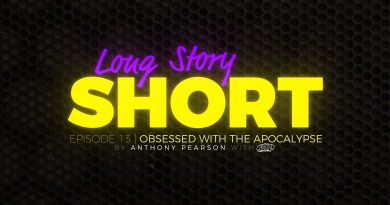