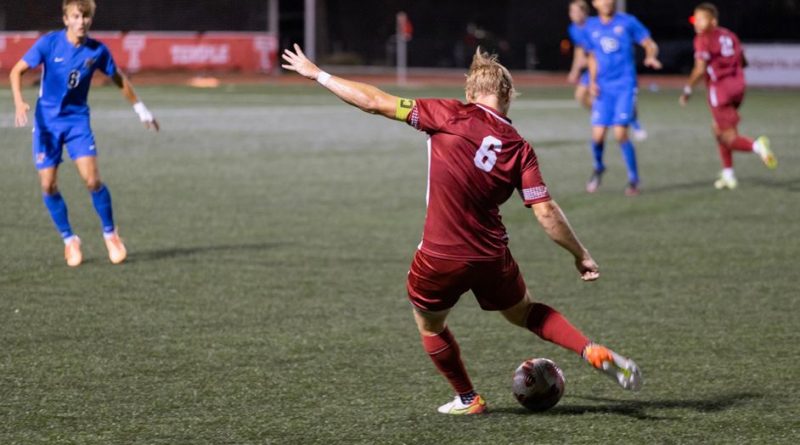 Players were slipping and sliding all over the place like kids at a summer barbecue. The first 20 minutes of this game were met with torrential downpour and 12mph winds as Temple still looks to find their first conference win of the season after dropping this game to Memphis by a score of 2-1.

This weather negatively impacted the Owls in the 15th minute, when Temple defender Marques Antoine committed an ugly turnover which led to a Tigers’ goal. Temple goalkeeper Goodwill Agbaadem rolled the ball to Antoine, who lost the handle on the ball and had it stolen by the Tigers’ senior forward Maxi Galizzi. Galizzi then made a smooth pass across the slick grass to Lineker Rodrigues dos Santos, who rifled the ball into the top left corner of the goal to put Memphis up 1-0.

Once the rain subsided, play got cleaner, but only for Memphis. Temple didn’t have a single shot the entire first half. The ball was constantly on Temple’s side of the field, putting tons of pressure on Agbaadem and the defense. If it wasn’t for a nice save by Agbaadem in the 28th minute, Temple would have been trailing 2-0 at halftime.

After Temple’s Mickael Borger committed a hard slide tackle foul on Memphis’ Gabriel Christenson, the Tigers were awarded a free kick which they rewarded to Artur de Luca. His kick went off the back of a Temple defender, deflected off the crossbar, and then bounced right to Ford Hunt, who took a quick shot on goal but was denied by Agbaadam.

Five minutes later, Temple sophomore forward Aly Camara took a cleat to the face. He was down for about three minutes but was able to get up and walk off the field on his own power. Freshman forward Nigel Griffith was then substituted into the game for Camara.

When the second half got underway, Temple was still playing slow, while Memphis was continuing to pressure them. It seemed as though Memphis goalkeeper Parker Lackland was able to just sit back and relax. Then Temple put some pressure on the Tigers and were able to get on the board and tie the game 1-1. Temple midfielder Tessho Kobayashi found himself with the ball at the top of the box. He stayed calm and made a beautiful lead pass to midfielder Kyle Hellman, who was able to sneak the ball past Lackland.

Right before the start of the second half, Temple Coach Brian Rowland said, “We gotta find a way to get up the field a little bit more and create some chances.” The Owls took that message and applied it to the field, notching their 11th goal of the season (a lackluster amount).

Unfortunately, only a minute later, Temple’s Alex O’Leary made a crucial mistake. While trying to make a play on the ball, O’Leary committed a handball in the box, which is an automatic penalty kick for the opposing team. Artur de Luca stepped up, stayed calm, and drilled the ball into the back of the net.

Memphis would get another chance at a penalty kick goal in the 87th minute after Temple’s Marques Antoine tripped Emanuel Santos in the box. Santos tried to sneak a shot past Agbaadam but was denied. Agbaadam dove to his right and was able to get a hand on the ball, keeping the score 2-1 which is how the match would end.

Goodwill Agbaadam played exceptionally well, keeping two extra shots out of the net. If it wasn’t for his great play, the Owls would have lost 4-1 and would be feeling much worse heading back to Philadelphia. Temple’s defense isn’t the best, but having Goodwill Agbaadam between the pipes should make them feel like they have a chance every time they step foot on the field. 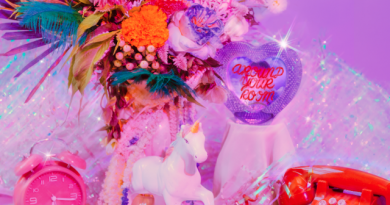 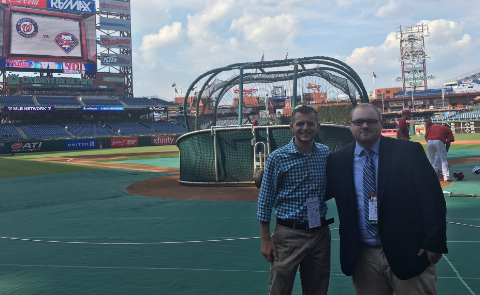