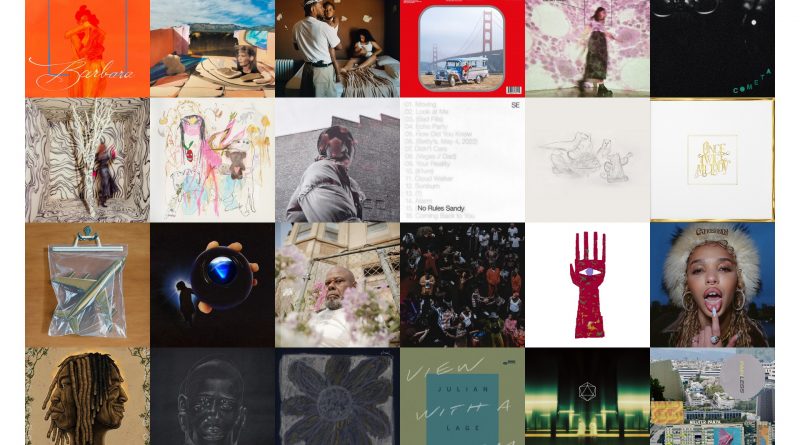 New Year’s Eve, 2022, and I’m spending it making this dumbass list… Last year’s Jukebox Choice Awards was so fun I decided to double down: 50 albums, 100 songs, and 25 cinderella stories that made 2022 an electric year for music. Unfortunately, a lot of great art had to be left on the cutting room floor of this list. As always, however, if you don’t see your favorite project, that’s because you have bad taste.

On her sophomore album, Barrie ditches the lush exterior of 2019’s Happy To Be Here, reintroducing herself as a solo artist. Bandless and self-produced, Barbara is a personal mission statement of love and loss. With bittersweet honesty, Barrie reconciles the sadness of her father’s worsening condition with the joy of meeting her now-wife, Gabby Smith. The superfluous eccentricities of details like “Just wanna move to Virginia, get a dog and a house with a human name” (“Frankie”) compliment simple repetitions like “I can’t get enough of you” (“Dig”). As you step into Barrie’s world, Barbara becomes both intensely personal and undeniably universal—storytelling at its best. Musically, this sentiment is reaffirmed with an understated pop sensibility. Each layer clings to its own identity, even when playing or singing in unison. As with pointillism, the greater picture is dreamt from its parts, each splash of color flashing its own story—the story of Barbara Lindsay, torn to bits and reassembled.

Classic Objects opens with a triangle, muted and rhythmic. Every piece of the album, no matter how obscure, is perfectly placed. It would be easy to label Jenny Hval as convoluted and pretentious, what with her references to Deleuze and Prada Marfa. But honestly, Classic Objects is enjoyable at every layer. At its core, it is sonically inspired—world grooves, shimmering synths—distinct yet spacious. A layer above and you’ll find a gifted writer pondering life’s biggest questions: “What is a home but a place you’ll be dying?…Who would I’ve been if I’d never gone there?” (“American Coffee”). When Hval isn’t asking, she’s observing: “Pine cones and the birds in the distance, gum, gum, gum, cigarette butts” (“Cemetery of Splendour”). Rambling and insightful, her melodies are shaped around her lyrics, gliding smoothly, inseparable from the atmosphere they inhabit. Disregarding the joy found in peeling back the layers of Classic Objects, the album is simply and purely beautiful.

K.Dot returns and delivers—obviously. With each new release, Kendrick fans and haters alike rush to complain about the albums’ faults. 2019’s DAMN was quickly dismissed for its pop indulgence, but the real reason for listeners’ malaise was its divergence from To Pimp A Butterfly. The paradox of greatness is that in order to lead the pack, you must take steps beyond the status quo. In other words, Kendrick Lamar’s Mr. Morale & The Big Steppers once again defies, thwarts, and exceeds expectations. Theatrical in its presentation, Mr. Morale is musically centered around the piano and lyrically centered around the pronoun I. Detached piano gives way to lush chords as Kendrick announces, “I grieve different,” on the opening track. True to form, the rest of the album bounces between piercing self-criticism and braggadocious narcissism, tackling subjects like therapy, homophobia, and relational violence. Moving away from the apocalyptic urgency of TPAB and Good Kid, Kendrick uses the character of Mr. Morale toreflect inward, exposing his faults, venting his pain, and revealing the systemic issues that plague us all.

As visually inspired as he is musically, Chaz Bear sets the scene for his latest release with a Filipino jeepney. Loose and adventurous, the MAHAL (“love” or “expensive” in Tagalog) road trip is a psychedelic one, with a band so alive you would think they are playing right in your living room. Bass takes center stage as the fundamental songwriting tool, laying back and driving forward. Riding along in the jeepney, Chaz traverses the modern landscape—post-colonialism, media, pandemic—with retro grooves and the confidence of a proven showman. Absent-minded but earnest, Chaz’s presence on MAHAL is like a less-cartoonish Todd from Bojack Horseman—he’s funny because he’s genuine, and you never really thought of it that way. Take “The Loop” for example, where Bear playfully derides the impact of music journalism; “I saw this band I think you’d dig but the record got bad reviews.” No reviews needed, Toro y Moi’s MAHAL is a must hear.

As brooding as it is ethereal, Sometimes, Forever balances heavy and light with airy atmospheres and guttural guitars. Teaming up with Daniel Lopatin of Oneohtrix Point Never, Soccer Mommy’s youthful angst gains maturity, demanding serious consideration. The interstellar songwriting of 2020’s color theory returns in spades with expressive melodies and figurative lyricism—an unerring foundation for Lopatin’s inventive production. A true heartbreak record, Sometimes, Forever charts the spark and aftermath of relationships. Standout tracks like “Shotgun” explore love in its most intense form, obsessive and volatile. Sophie Allison’s tormented voice flies over shoegaze guitars and synths, “Whenever you want me, I’ll be around/I’m a bullet in a shotgun waiting to sound.” Or it croons atop the following “newdemo,” “All the busy wires/A new conversation spreads like fire.” Like the word karaoke’s literal meaning, “empty orchestra,” Soccer Mommy’s fourth full length is hauntingly beautiful (thanks, Ted) with the kind of dark ingenuity missing from many of her modern-rock contemporaries.

The future of RnB is low fidelity, and geniuses like Nick Hakim are instigating its arrival. COMETA’s hazy environment is intensely intimate, sensual in every respect of the word. In your ear or lost in space, Hakim bears his heart on his guitar. Vocal harmonies, polished moogs, and sampled drums rest on the tip of your tongue, filling out the space with a healthy dose of obfuscation. “Happen,” “Vertigo,” and “Feeling Myself” might be the best run of three songs of the whole year, immersing you completely in COMETA’s beguiling atmosphere. The lyrics are nonspecific and melodramatic, like a tender sonnet written to an archetypal lover. With lines like “Darling, time seems to slow down when you’re near me,” “Vertigo” would feel cliché if it wasn’t so impassioned. A deeply talented producer and musician, Nick Hakim’s psychedelic approach will continue to find its way in the modern musical landscape.

Madison Cunningham is one of those songwriters whose capabilities seem limitless, singing and playing guitar at the highest level. Channeling prototypical artists like Joni Mitchell and Ry Cooder, Cunningham uses these skills to craft songs that appear less complex than they are. Revealer, only her second album, concocts intricate lyrical and rhythmic schemes that immediately catch the ear. “Anywhere,” for example, flows effortlessly despite its unconventional 7/4 meter. Meanwhile, the cathartic chorus of “Sunshine Over The Counter” breaks the mathy intrigue of its verses: “Good girl, got some bad in her/Cussing like a drunk, driving with her knees.” The album’s centerpiece, however, is a simple ballad about the death of her grandmother. On “Life According to Raechel,” Cunningham’s voice soars over suspended strings and muted guitar plucks, “Busy hands, I’ll set ‘em down/To say I love you here and now.” Take away the riffs and spectacle, and Revealer still wows with superb songwriting every step of the way.

It’s fitting that the catchiest record of the year is inspired by the pop music of the 2000s. Beatopia chronicles the recent past—personal to Bea Kristi and universal to anyone who remembers Natasha Bedingfield or Death Cab for Cutie. No matter the style or influence, Kristi’s saccharine voice is surprisingly appropriate on each track. The warm sanctuary that is “Sunny day” channels Corinne Bailey Rae’s eponymous debut album while the bossa-nova-influenced “the perfect pair” is more reminiscent of Beck’s Mutations. All this might suggest Beatopia is derivative, but the imaginary world of the record is simply a successful amalgamation of influences. Kristi’s retro pop flair is made unique by the modern production, crushingly heavy (“Don’t get the deal”) or dream-like in atmosphere (“Ripples”). At 22 years old, beabadoobee has room to grow as an artist, but Beatopia shines as one of the best pop records of the year.

With its delicate piano- and voice-centered orchestral arrangements, stripped back might not be the appropriate description for Aldous Harding’s fourth project. Nevertheless, Warm Chris boasts a certain simplicity that never fails to charm. Surreal and direct, Harding’s soft-spoken stories elude definition while providing sure comfort. Unadorned piano pounds freely away as Harding frolics on top with infectious melodies. Lines like “All my favorite places are bars” (“Fever”) and “Here comes life with his leathery whip” (“Leathery Whip”) playfully acknowledge pain without conceding to it.  Whether it’s the Kiwi singer’s eccentric storytelling or anomalous use of horns and woodwinds, Warm Chris enchants with its uncanny familiarity, like a merry-go-round in a vacant carnival.

In a summer filled with high-profile dance albums (*cough cough* Drake, Beyoncé, ODESZA), I fear that Sylvan Esso may have slipped under the radar. If you haven’t tuned in to the electronic pop duo since their self-titled grand entrance, consider paying them a visit. Their latest album, No Rules Sandy, makes a case for being their best yet. Recording over the course of just three weeks, singer Amelia Meath and producer Nick Sanborn embrace impermanence, hopping from one moment to the next without overthinking. The result is an album that refuses to sit still filled with songs that are equally restless. From the addictive, Giorgio Moroder-esque synth bass of “Alarm” to the hyperpoppy bike bells and detuned synths of “Sunburn,” No Rules Sandy’s impulsivity covers a variety of electronic music. For the album’s conclusion, however, Amelia Meath turns to her folk roots and delivers a powerful ballad. The singular acoustic track in the electronic catalog of Sylvan Esso, “Coming Back to You” nonetheless unites their entire body of work. Continuing the surreal themes of No Rules Sandy, Meath reflects, “I’m eighty-five/I’m sixteen/I am a mother/a baby.” In short, she’s a mirror-image of her album, an inimitable moment that can’t be repeated but can’t be forgotten.

11. Big Thief: Dragon New Warm Mountain I Believe in You

13. Black Country, New Road: Ants From Up There

32. Vundabar: Devil for the Fire

35. The Smile: A Light for Attracting Attention

36. Father John Misty: Chloe and the Next 20th Century

47. Weyes Blood: And In The Darkness, Hearts Aglow

9. Madison Cunningham: “Life According to Raechel”

23. Black Country, New Road: “The Place Where He Inserted the Blade”

50. Skullcrusher: “Whatever Fits Together”

61. infinite bisous: “Down the Drain”

81. Cheekface: “When Life Hands You Problems”

3. No Swoon: Take Your Time

6. Dead Love Triangle: Stick Together, Ride It Out

9. Carly Cosgrove: See You in Chemistry

17. Anything Could Be Here: “Life of the Party”

19. They Are Gutting a Body of Water and A Country Western: An Insult to the Sport 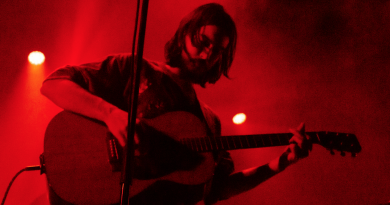 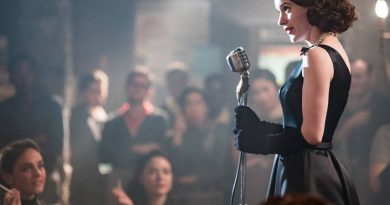