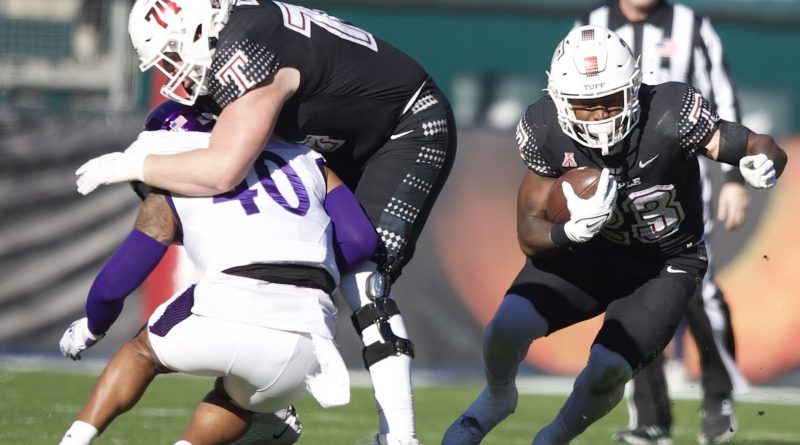 Although the Owls came out of this game with a loss and finished with the same record as last season, seniors like graduate offensive lineman Adam Klein are proud and hopeful that this was a step in the right direction.

“There was definitely a huge foundation set for the future of this program,” Klein said. “I think you can tell that there is a difference in this team than there was the previous year. I think we’re definitely getting back to where we should be as a football program.”

The game started with three straight punts, two from East Carolina and one from Temple, but then both teams started to put points on the board with ease.

Temple marched down the field with an 11-play, 56-yard drive and put three points on the board after placekicker Camden Price converted a 21-yard field goal. Although points were scored on the drive, the Owls missed an opportunity to go up 7-0 after they found themselves in a 2nd & goal situation at the 1-yard line but rushed for negative yardage on the next two plays.

ECU found themselves leading 7-3 after a 49-yard touchdown from running back Keaton Mitchell. Temple, however, jumped back in front after wide receiver Amad Anderson Jr. made a slick one-handed catch in the back of the end zone on a 6-yard pass from Warner.

ECU wasted no time finding the end zone again with Isaiah Winstead catching a perfect over-the-shoulder pass from quarterback Holton Ahlers putting the Pirates up 14-10. On the drive, Mitchell secured his sixth-straight game this season rushing for 100+ yards, his eighth overall.

Temple kept the scoring going with Warner finding tight end Jordan Smith down the field for a 40-yard touchdown pass. Smith’s touchdown marked the fourth-straight touchdown drive of the game.

Before the fans inside of Lincoln Financial Field could even finish celebrating Warner and Smith’s big connection, the Pirates took the lead once again. Rory Bell sent the kickoff 62 yards through the air, and wide receiver Jsi Hatfield took it 97 yards to the endzone, putting ECU up 21-17 just 14 seconds after Temple regained the lead.

After forcing Temple to punt, ECU extended its lead to 11 after a play. After fumbling the snap, Ahlers scrambled and threw a check-down pass to Mitchell, who raced 73 yards through the Temple defense. Andrew Conrad’s successful extra point attempt put the Pirates up 28-17.

Temple continued to fight, with wide receiver Zae Baines finding the end zone on a 21-yard pass from Warner. The Owls defense then took the field and forced a 29-yard field goal, which was missed by Conrad as time expired.

Temple went into halftime trailing 28-24. In the first half, Warner completed 26 passes, setting the single-season record for completions by a Temple quarterback.

“I’ve always had confidence in myself and in my teammates that at any moment we can go out there and execute,” Warner said.

The Owls started the second half with the ball, but an interception by Warner put ECU at the Owls’ 20-yard line. Four plays later, Mitchell found the endzone for a third time, putting the Pirates up 35-24.

Temple then put together a 4-play, 54-yard drive, which ended in a 12-yard touchdown run by running back Edward Saydee.

ECU, however, was unbothered, capping off a 70-yard drive with a 2-yard rushing touchdown from Mitchell, his fourth score of the game.

The Owls got back into it just 1:40 later when Warner found Smith for a 38-yard touchdown, making the score 42-39 after backup quarterback Quincy Patterson connected with tight end David Martin-Robinson on the two-point conversion.

After forcing the Pirates into a three-and-out and a turnover-on-downs on back-to-back drives, the Owls took the lead after Warner found Martin-Robinson in the back of the endzone for a 15-yard touchdown. Price nailed the extra point, making the score 46-42 with 6:19 remaining in the game.

On the scoring drive, Warner moved to second all-time in program history for single-season passing yards and became the first Owls quarterback to pass for 500+ yards in a game.

Temple head coach Stan Drayton loved what he saw from Warner but knows that there is much more to improve upon.

“I’m excited about the growth that still needs to take place with E.J.,” Drayton said. “He can grow in a lot of different areas and tangibly just become that warrior for us. From a vocal standpoint, taking charge of the offense. Maybe add a few more elements to his game that are needed in critical situations… He’s nowhere near the potential that I think this kid has within him.”

The Pirates took the lead once and for all with 1:11 remaining in the game after Ahlers threw across his body to wide receiver Jaylen Johnson for a 38-yard touchdown. The successful extra point by Conrad made the score 49-46.

Temple had one final opportunity to win the game, but were stopped on 4th & five at its own 30-yard line after Warner’s throw sailed over Martin-Robinson’s head.

The Owls finished the season with a 3-9 record, but will head into the offseason with a solid foundation of players to eventually make a run at an American Athletic Conference title.

“I can’t wait to get into the offseason,” Drayton said. 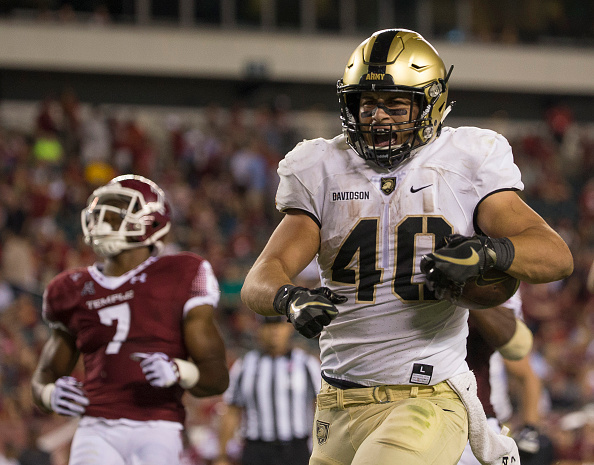 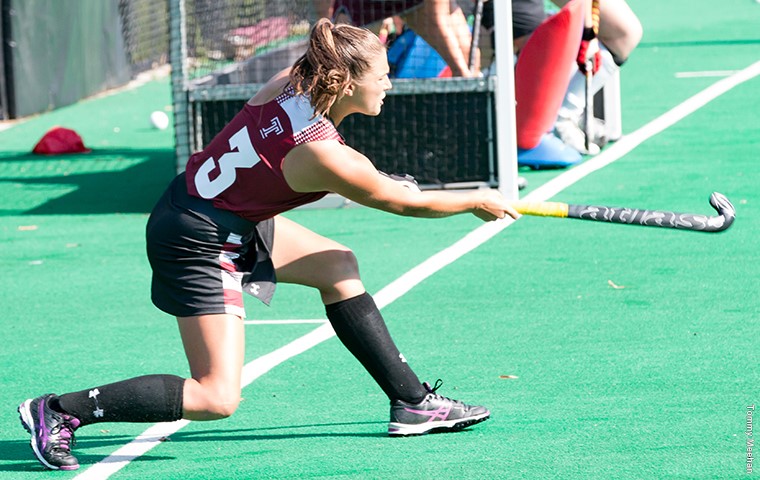 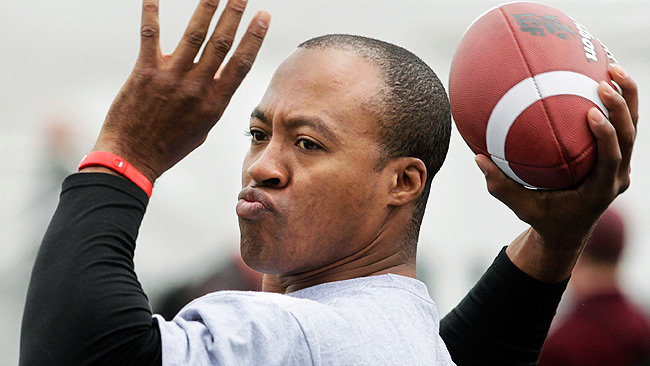