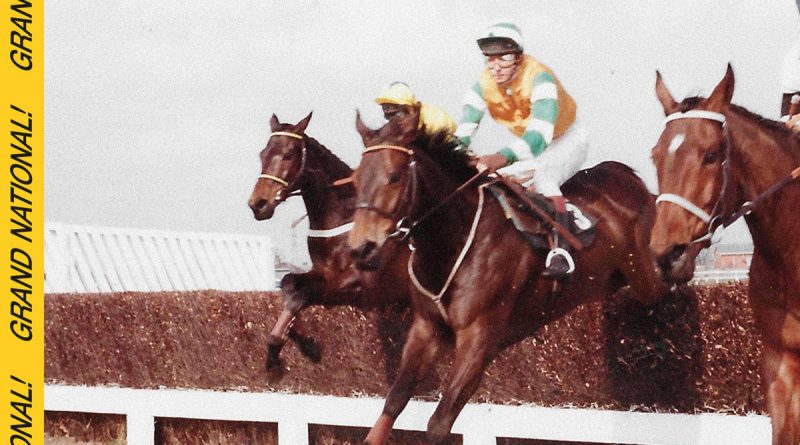 Liverpool quartet Courting have been shaking up the post-punk scene in their hometown and across the UK since their 2018 formation. With Sean Murphy-O’Neill on vocals/guitar/cowbell (!), Sean Thomas on drums/vocals, Michael Downes on guitar, and Sam Brennan on bass they bring a refreshingly vibrant spin to the genre on their debut EP, Grand National. The four-song project came out last Friday, April 9th on Nice Swan Records.

Fans may be familiar with the opening and titular song, “Grand National,” released last month. The track kickstarts an energetic barrage of guitars and leave Murphy-O’Neill’s distinct, adrenaline-charged vocals to take centerstage. It provides an easy transition to the next song, their 2020 single “Popshop!” a lively, tongue-in-cheek rumination on the ideas of consumerism and selling out in the music industry. It holds a fun mock of catchy pop sensibilities, especially with its best line: “But if you stream “Shape of You” you’re going to hell / And that’s a promise.”

“Crass” and “Slow Burner” close out the work, the former tackling themes of narcissism and “artificial lawn culture” over disjointed guitar riffs and organized chaos. The latter is the EP’s longest track and takes some interesting turns. While lyrically it is quite circular, the entertaining rhythms from the tambourine and cowbells make it stand out in an oddly pleasing way.

The group self-describe Grand National on their Bandcamp as “a compilation of costume changes and Kanye West name drops.” Both points prove to be very much true – speaking to the first claim, nothing felt predictable (for the latter claim, see “Crass”). Each track is captivating in its own way, and it’s easy to see how well they would translate at shows once they’re safe to have again. While the short EP clocks in around 13 minutes, it seems to appropriately match the energy of the band: it is long enough to leave an impression and still pack a good punch. It will be exciting to see what direction the band takes next as they grow, hopefully bringing more mayhem in their wake. 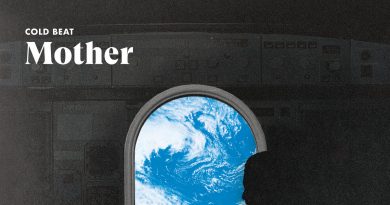 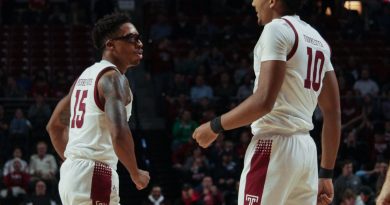 Temple runs away with an emphatic win over Big 5 Rival