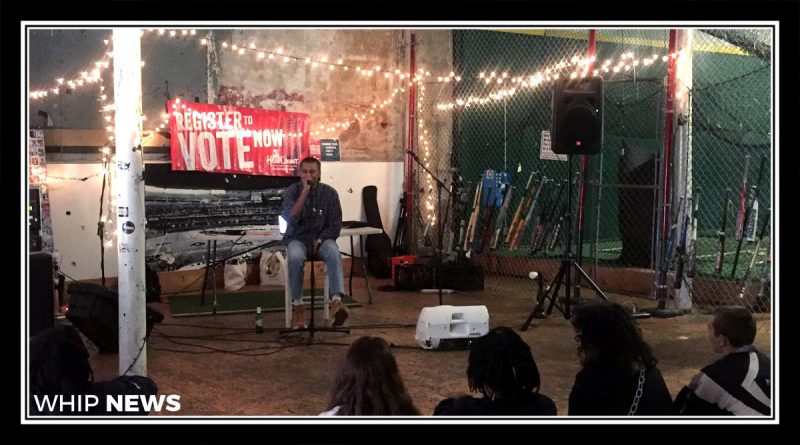 CONTRIBUTED BY ALESIA BANI | On Sunday, November 4, HeadCount sponsored an event in partnership with Motivote, in an effort to raise awareness and excitement for the 2018 midterm elections. HeadCount is a national non-profit organization that seeks to boost voter participation by registering people to vote at concerts and other large events.

Dominic Roher, a Philadelphia team leader who got involved with HeadCount last year, was looking for a way to go the the Made In America festival for free, but after volunteering he developed an interest in the aims of the organization.

The event, which targeted young people, was advertised on various social media platforms and was held at 529 W. Girard Ave, in the Northern Liberties section of North Philadelphia. Roher said when planning the event, the organizers wanted to create a safe space and an inclusive environment which can be seen through the range of music presented. Attendees sat cross legged on the floor as local artists performed, including “Whomst,” “Charlie Sierra,” “Zeke Ultra,” and “hello, Jordan”.

Roher said music is transcendental, in the way that at a music festival there are many people from various different backgrounds moving to the same beat.

“For the first time somebody can change their minds about something they have never seen before just based off of a song they’ve heard.”

Zack Feinberg, a team leader who also organized HeadCounts Philadelphia event stood at the entrance prompting people who walked in to go online to www.motivote.us/headcount. A free button was given out for saving MotiVote’s phone number, and guests could receive a free T-shirt by going to www.ballotready.org to get familiarized with the candidates on their ballot. Feinberg said HeadCount’s core is voter registration, but added “we want to keep engaging with people beyond that, so we create other ways, and that’s what the incentives are for.”

HeadCount sent an email to all Philadelphia volunteers, which includes about 2,000 people. This was the first event that Feinberg has set up for the organization, and was the its first event held in Philadelphia in the last few years.

“HeadCount, the national organization, received a lot of funding to push out get out to vote parties, so if they keep doing that we’ll keep having more events,” he said.

Tina Montana, a young woman attending the event, heard about it through her friend who was selling his artwork there. Montana said she thinks it will have an impact on voter turnout for the midterm elections, and was posting on all her social media to create more exposure.

On Temple University’s campus, the Student Government has been busy working to inform students. On Monday, November 5th, the government affairs team hosted a town hall on the midterms and voting. Conor Freeley, the director of Government Affairs for TSG said his deputy Shawn Aleong along with himself went through all of the steps necessary to vote as well as a rundown of the candidates. They informed students attending what their rights are as voters, what ID they would need, and how to find their polling places.

Freely added, “all last week, we also provided free stamps in our office to any students who had to send in their absentee ballots. This was a big help to many students opting to vote in their home counties or home states and couldn’t get stamps to mail the ballot in.”

In the past year, HeadCount Philadelphia has gotten about 1,500 people to register to vote and HeadCount as a national organization has reached 75,000 people, their most successful non-presidential year yet.

Roher said it’s time to get the perspective of young people when it comes to politics. 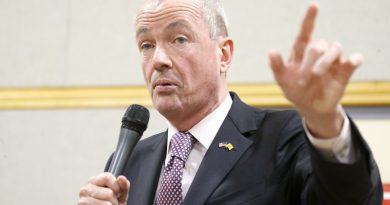