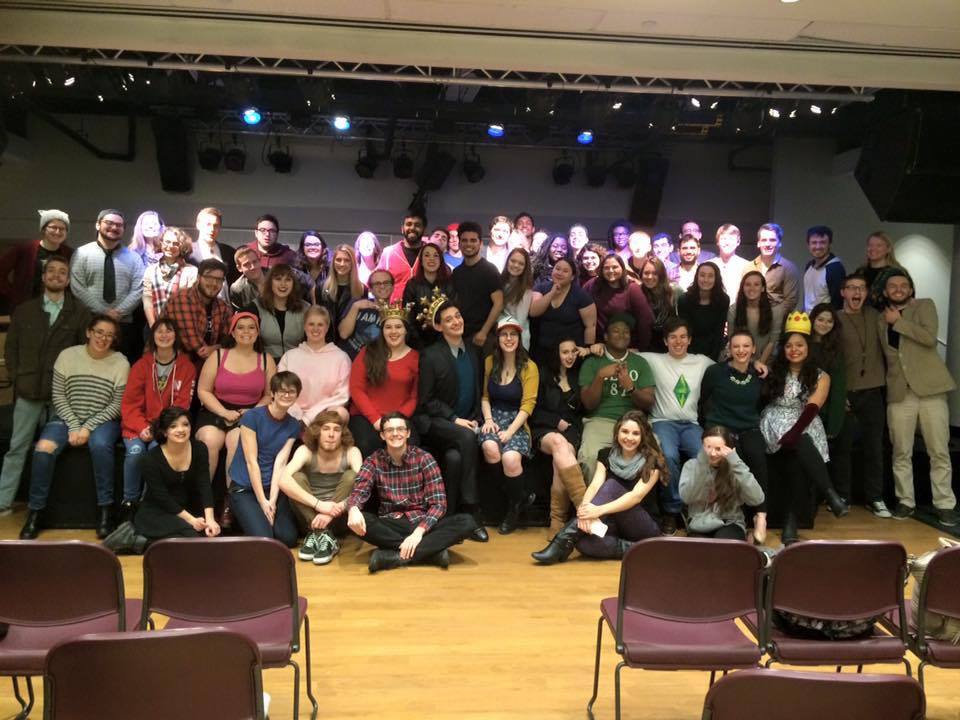 Temple University is rather well known for its various programs involving broadcasting, film, and theater. This should come as no surprise, seeing as Temple hosts a multitude of theater programs and performances, acting classes, and a famously hands-on TV studio located at its School of Media and Communication. Among all of the various plays, films, and television programs, one event remains consistently popular despite little media coverage and a very short runtime.

Insomnia Theater is a group at Temple University that produces performances based on a fairly simple idea: write, rehearse, and perform a play in just 24 hours. This past Saturday, Jan. 30, Insomnia successfully pulled off their 25th show in front of a packed house. With two shows a semester, the Insomnia process is fairly simple, if not a bit hectic.

First, a theme is chosen. This is usually something not too specific, so as to give room for a lot of creativity. The show this past weekend was video game themed. The one before it was “Back to the Decades.”

Following the conclusion of the auditions, and with ideas beginning to flow, the first major phase begins: writing. Every Insomnia performance is original, written within 24 hours of the performances themselves. The writers stay up overnight, writing narratives and characters to fit their chosen actors. The stories themselves generally rely on college humor and easy to follow plots – the focus here being on crude jokes and getting a laugh out of the crowd.

Once the stories are written, the next phase begins. At 8:00 a.m. Saturday morning, the actors, writers, and directors reconvene to give out scripts and begin rehearsing. From 8:00 a.m. to showtime (7:00 p.m.), actors rehearse, directors refine shows, props get built, sets are designed, and a show is born. The end result is a lot of fun, for participants and audience members alike.

Because of the hectic nature of Insomnia, every experience is a bit different. It is this fun – and sometimes stressful – nature of the performance that keeps most people coming back for more. Brooke Mead, a writer for Saturday’s show, describes her experience briefly.

“This show, for my writing partner and me at least, was a lot better than the last one we did because we knew what we were doing,” mead said. “We wrote jokes that landed really well with the audience and highlighted the strengths of our cast members. Also, with this show, we felt like the overall theme was easier to write for. A lot of people play video games, and there are so many references and puns and commentaries to be made on games that people grew up playing (Pokemon, Sims, Mario, etc.), and then people actually get the jokes. My partner and I will definitely be back writing again.” 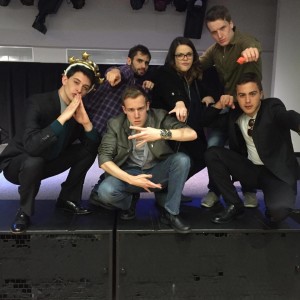 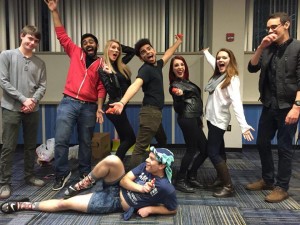 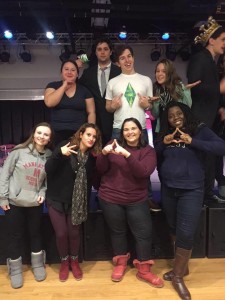 Insomnia certainly does a good job of drawing in talent and bringing people back. This show had one of the largest talent turnouts yet, with close to 70 participants. It really is no surprise that so many people want to get involved. Insomnia is undeniably fun, for production members and audiences alike. To learn more, check out Insomnia Theater on Facebook.

***All photos above and included taken by Tony Pearson. 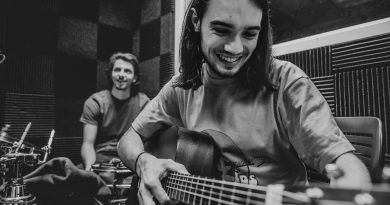