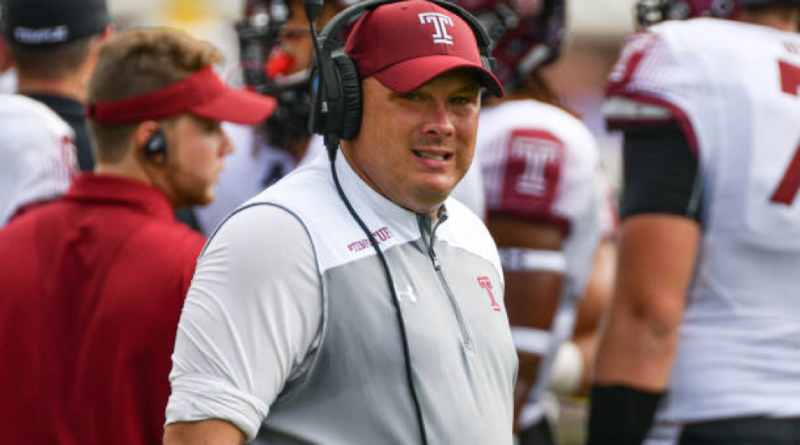 WEST POINT, N.Y. – Some will win, some will lose. Some were born to sing the blues.

Perhaps it was apropos that Temple Football head coach Geoff Collins addressed the media while a near-vacant Michie Stadium was blasting Journey’s classic hit “Don’t Stop Believin’” through its loudspeakers, as the Owls’ crushing 31-28 overtime loss to Army left them feeling anything but buoyant.

“The kids played their hearts out,” Collins said after the game. “It’s disappointing.”

With 91 seconds remaining in the fourth quarter, Temple was ahead 28-21, on the verge of inching one game closer to its goal of obtaining bowl eligibility. But in 90 of those seconds, the Black Knights traveled 79 yards on 14 plays, capping off their drive with an improbable game-tying touchdown and extra point to send the game into overtime. Moments later, Army held a three-point lead, 31-28, and with a chance to knot the score, Owls’ sophomore kicker Aaron Boumerhi shanked a 27-yard field goal attempt wide to the left, resulting in a walk-off victory for Army in front of 34,876 fans.

The loss dropped Temple to 3-5 on the season, which means they’ll need to win three of its final four games to become bowl-eligible. Meanwhile, Army (6-2) extended its winning streak to four games, and for the first time since 1989 and 1990, the Black Knights are bowl-eligible in consecutive seasons.

“I don’t really know what to say, to be honest,” Owls’ sophomore linebacker Shaun Bradley said. “I guess we just have to go harder. We’re young but a certain point some of the young guys, we have to step up.”

Quarterback Frank Nutile started his first career game for Temple, as Logan Marchi was unavailable to play the position due to an undisclosed injury he suffered during the week. The redshirt junior completed 20-of-29 passes for 290 yards and one touchdown against the Black Knights, and committed no turnovers.

Before Temple’s offense found its groove in the second quarter, Army halfback Darnell Woolfolk showed off his wheels. With 0:51 left in the first, the junior capped off a 12-play, 68-yard drive with an 11-yard rushing touchdown, and roughly three minutes after that, he scored once again – this time from four yards out – to help make the score 14-0.

Luckily for the Owls, wide receiver Isaiah Wright was prepared to showcase his speed. Lining up in a Wildcat formation, the sophomore took a direct snap and ran it 50 yards to the house. On their ensuing possession, Nutile connected with receiver Adonis Jennings in stride for a 37-yard touchdown, which helped the knot the score at 14-14 before halftime.

No points were scored by either team in the third quarter, but at the 13:21 mark in the fourth, Temple halfback Ryquell Armstead broke the tie with a 43-yard rushing score, which helped make the score 21-14. With five minutes remaining, Woolfolk put his legs to the test one last time, and managed to score a 44-yard touchdown on the fifth play of Army’s drive.

However, Armstead’s afternoon wasn’t quite finished. Following the Black Knights’ kickoff, Temple burned 3:16 off the clock, and on the eighth play of the drive, Armstead broke a tackle, juked a defender, and scored from 21-yards out. The junior, who had been banged up for several weeks, finished the game with 151 rushing yards on 18 carries.

Although Army entered the contest with just seven completed passes on the season (primarily a triple-option offense), they were left no choice but to throw the ball late, and in an effort to increase their odds through the air, sophomore Kelvin Hopkins, Jr. replaced speedy quarterback Ahmad Bradshaw. The substitution worked in the Black Knights’ favor, as Hopkins threw a 16-yard touchdown pass to Jermaine Adams with just one tick on the clock.

– Boumerhi’s missed field goal in overtime cost the Owls a chance at a second round of overtime, but he also missed a 32-yard field goal attempt in the third quarter.

– Bradshaw completed 3-of-5 passes for 74 yards. Hopkins went 5-of-12 for 67 yards and a score, and Luke Langdon committed the only turnover of the game – an interception that was caught by Temple’s Sean Chandler in the first half.

The Owls’ annual bye week begins on Sunday, and their next game will come on Thursday, Nov. 2, against Navy at Lincoln Financial Field. 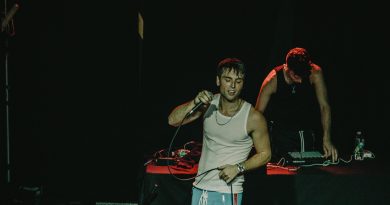 REVIEW: WESLEY at The Voltage Lounge

Aug 28, 2018 Natalie Crane Comments Off on REVIEW: WESLEY at The Voltage Lounge 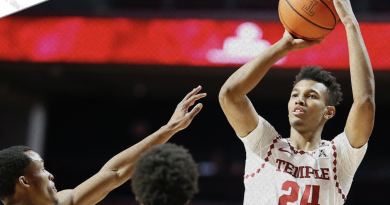 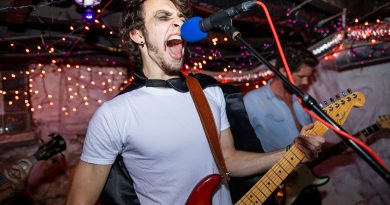