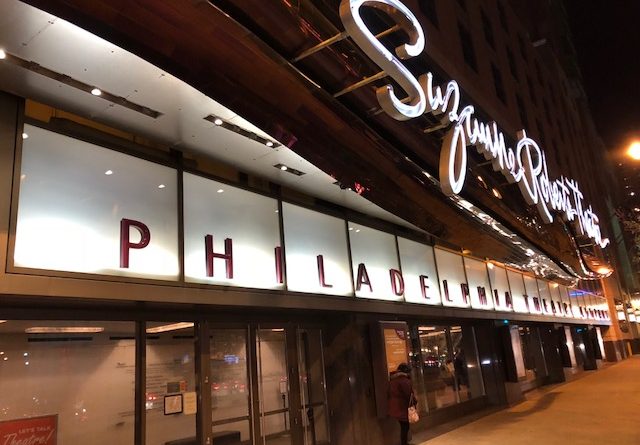 With cliches of the principles of journalism replaying in my head, I was off to see Mike Daisey perform his monologue titled “The End of Journalism.” Rather than evaluating journalism from it’s current form and lazily picking up on the tropes of journalism in the Trump-age, Daisey looks at the structural flaws of this specific institution. A jarring metaphor of a sick friend in a hospital bed lingers in the air throughout the performance, left to provide a strong critique of the health care system and bring the show together.

Daisey speaks about the disingenuous nature of television news, through it’s repetitive and formulaic nature. He cited the damning relationship between advertisements and journalism in explaining that the two have never existed independently. Although, I would have like to seen a deeper dive into failings of corporate media journalism, Daisey was fearless in his dismantlement of the institution.  Interestingly enough, Daisey’s argument points to the idea that “journalism” as a construct never existed, calling this the “myth of objectivity.” The argument is that no media outlet is capable of being objective, because despite how much journalists disagree, they are human. Thus this causes issue when media outlets are trying to discredit one another. Daisey leaves you with this new notion to absorb long after you leave the theatre. 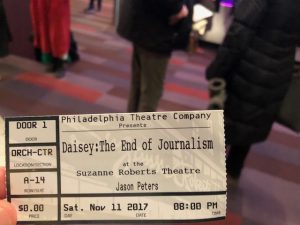 Mike Daisey has been traveling the world, performing monologues for decades, this is an art-form I’d never experienced for myself until Daisey’s “The End of Journalism“. The moral of the story here is to try new things. Daisey’s performance was exciting, engaging, thought provoking and at some points even funny. Performing in Philly this past weekend, Chicago next week, and then onward, Daisey is not an act you want to miss. For more information on upcoming events like this and more make sure to visit the website for the Philadelphia Theatre Company. 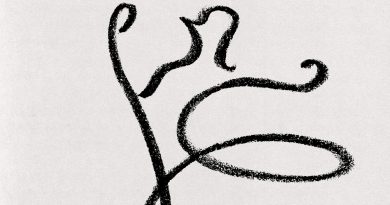 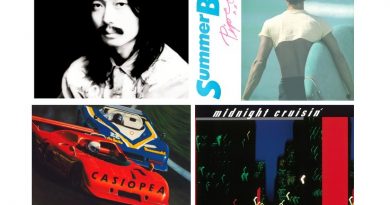 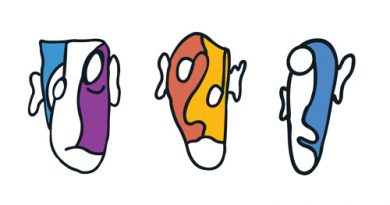