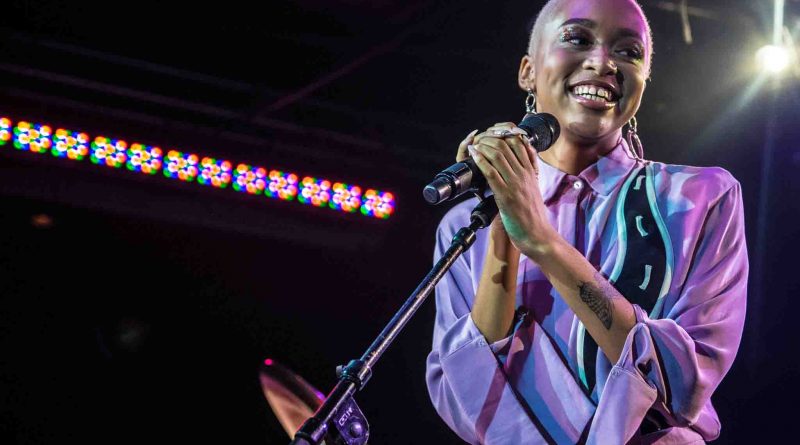 The Underground Arts was a full house this past Friday for the second installment of Red Bull “Sound Select Presents: 3 Days in Philly.” Doors to the venue opened at 8pm to a long line of fans waiting to get inside of the sold-out event. The day prior had an indie-influenced lineup with artists such as Girlpool, The Dove & The Wolf, and Queen of Jeans. Friday night brought soulful vibes, R&B,and hip-hop with Chicago emcee, Noname, as the headliner, supported by opening acts Brianna Cash and Andrea Valle. 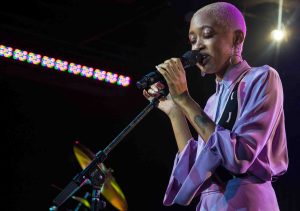 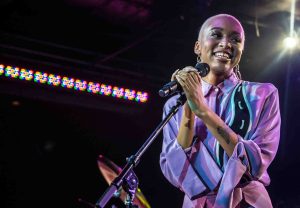 Once inside, attendees were welcomed with a few cool luxuries like a bar equipped three dollar drinks that could be mixed with a variety of Red-Bull flavors. Also, if guests forgot to get their nails done prior to the event, there was a station where two nail technicians gave quick manicures to those in attendance for free.

The second night of the Sound Select show was not your average mosh-pit inducing rave or concert. Instead, the atmosphere was as relaxed as a ritzy jazz club as some casually wondered about while others stayed in place swaying to the music. Philadelphia native Brianna Cash was the first act of the night. The songstress performed a catalog of self-written, unreleased music, including a warm and sultry unreleased track titled “See You Again.” She also performed her rendition of Floetry’s classic, “Say Yes.” Cash, who is of proud Puerto Rican heritage, sported a T-shirt labeled “Help Us, We are Dying.” The T-shirt is reminiscent of what Carmen Yulin Cruz, mayor of San Juan, wore in an interview with CNN addressing the hurricane aftermath. Brianna Cash, who has family members affected by the storm, took time during her set to bring awareness to the devastation still occurring on the island. Before closing out her performance , she called for people of color to come to come together in today’s intense social climate. “We got brothers and sisters in Puerto Rico F***** up right now… make sure you take some time out, and show them some love if you can.” 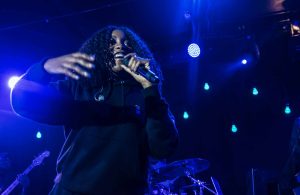 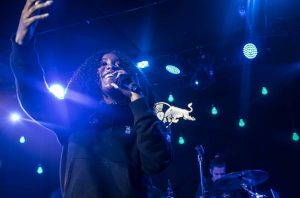 Following Brianna Cash, another Philadelphia-based artist, Andrea Valle, graced the stage. Staying true to her fashionista reputation, Valle was pretty in pink as she kept the vibe of the evening mellow. Andrea Valle started her set with a track yet to be released titled, “Euphoria.” Valle also sang sang some familiar fan favorites such as “Falling,” “Quicksand,” and a few other tracks from her debut EP titled The Way It Goes, released last year. Turning 21 this past August, she took listeners down memory lane performing “Body Language” and songs she had written when she was only 17.

Noname closed the night, as fans in the Underground Arts went into an outburst of cheers as she and her band came onto the stage. Noname mentioned it was her second time performing in Philly this year. Fans were singing right along to singles from her Telefone mixtape such as “Bye Bye Baby,’’ and “Yesterday.” Her band’s quality sound made the room feel full and had the crowd dancing the whole set. When Noname ended their set, fans were chanting for an encore. The emcee appeared back on stage, but took a seat on a stool, as she did a quick performance of “Shadow Man.” 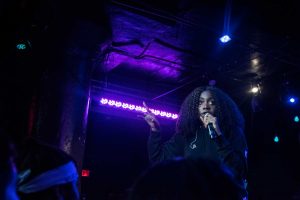 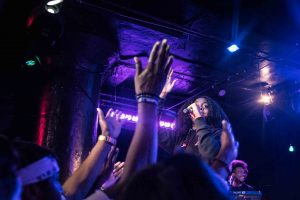 Guests were greeted with another treat as they filed out of the building at the end of the night. Each person received free “Philly Sound” zine accompanied with a soft pretzel as a parting gift. Overall, the second night of “Sound Select Presents: 3 Days in Philly,” proved to be a great way to spend a Friday night with free food, manicures, and loads of great music. 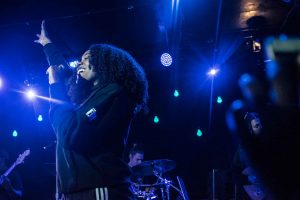 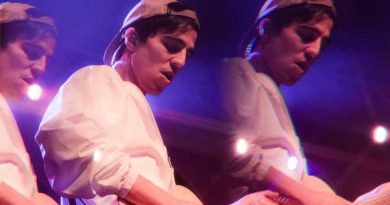 PHOTOS: Sure Sure at TLA 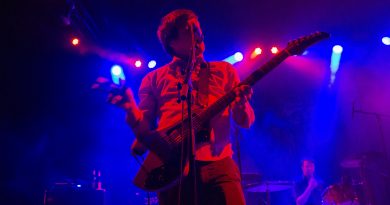 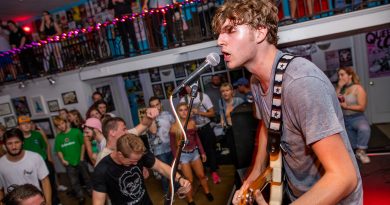