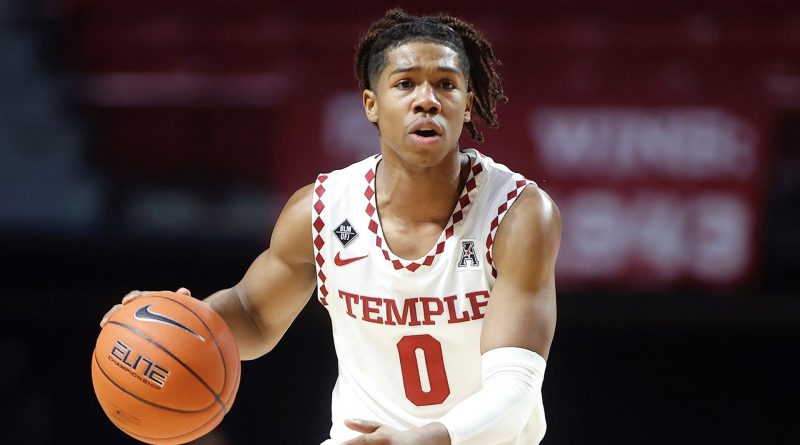 It’s become the theme of Temple Men’s Basketball this season and it continued Sunday, as Temple fell 83-76 to the USF Bulls.

This marks the 6th straight loss for the Owls, dropping them to 3-10 in the AAC and 4-10 overall.

Facing a USF squad that only played three games in the past month, and lost all three, Temple had a ripe opportunity to bounce back from their skid. However, they lost their chance, turning the ball over 17 times and struggling to produce offense in critical moments.

The game began with a rare alteration to the starting five. Freshman Nick Jourdain was announced as a starter in place of senior captain JP Moorman.

“I wanted to give Nick some more responsibility. He can help us with his length and his athleticism.” stated head coach Aaron McKie when asked about the decision.

Up to this point in the year, the only change to the opening lineup had been Khalif Battle’s insertion in place of the injured Damian Dunn, a role he continued to hold against USF.

Both Battle and Jourdain provided a spark to start the matchup. They combined for Temple’s first 12 points. Battle went on to notch a career-high 32 points on 9/20 shooting from the field. Jourdain chipped in eight points and shot 2/3 from behind the arc.

Between Battle’s isolation scoring and Jourdain’s hustle on the boards, the new lineup showed promise. Even Moorman responded well off the bench, collecting ten points and four rebounds in 23 minutes.

Yet with a new lineup, the same problems plagued the team.

Following the quick start, the Owls were held to two points in the span of TEN MINUTES. That’s not a typo, as the team was unable to score a field goal for over 11 minutes straight in the first half.

Scoring droughts have been common for Temple this year, specifically over their five-game losing streak, but this was a new low.

“The last four games, we dig a hole for ourselves, but we show some grit and show some fight and get back in games, but then we just run out of steam.” said coach McKie.

“For every good thing we do, it seems like we do two bad things. An unforced turnover, a botched play, a missed assignment, it’s been hurting us. A lot of it is youth but I don’t subscribe to that as an excuse. This is basketball, everybody is learning and we’ve just got to continue to work and get better.”

As mentioned by McKie, another weakness for the team has been turnovers. They stayed true to form on Sunday, committing 11 first-half turnovers, most of them unforced.

Between the sloppy play and self-inflicted errors, it felt like the Owls should be down by 20. This was not the case as they entered halftime with some momentum and only down six points.

However, in the second half, those six points proved to be crucial to the final result.

The game was closely contested throughout the final 20 minutes, but Temple was unable to take the lead once. Each time they mounted a run, USF responded with a timely bucket or run of their own. The closest they reached was trailing by one point but did not have the lead for a moment of the second half.

The size and rebounding matchup between the teams played a significant role in the Owls’ uphill battle. The Bulls had 14 second-chance points on 15 offensive rebounds.

USF boasts a seven-footer in Michael Durr, along with several sizable forwards, but McKie says height is inconsequential to the battle on the boards.

“Some of the better rebounders that ever played the game, most of them are undersized. Ben Wallace, Charles Barkley, Dennis Rodman. Some of it is technique, but a lot of it is wanting it more than the other guy. Being comfortable playing in the mud and playing physical, we’ve got to get better at that.”

When asked what the team needs to improve on heading into Wednesday’s rematch, Battle agreed with his coach.

“Limit offensive rebounds. We’ve got to do a better job boxing them out. We gave them extra possessions and it was still a close game at the end of the day.” he said.

Ready or not, Temple finds themselves facing USF again, this time in South Florida, on Wednesday night.

As for Damian Dunn, McKie said he didn’t look right running prior to Sunday’s game, so they decided to keep him sidelined.

“Hopefully tomorrow he’s feeling better and I get a chance to see him again, maybe we can get him in uniform by Wednesday,” added McKie

The Owls will hope to have the freshman back as an added boost in their rematch on the road Wednesday night. Tipoff is scheduled for 7 pm. 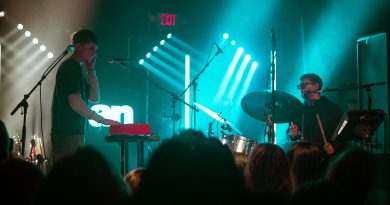 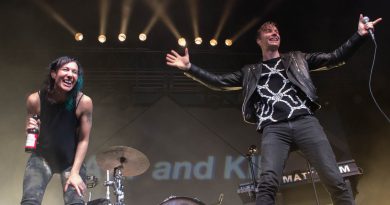