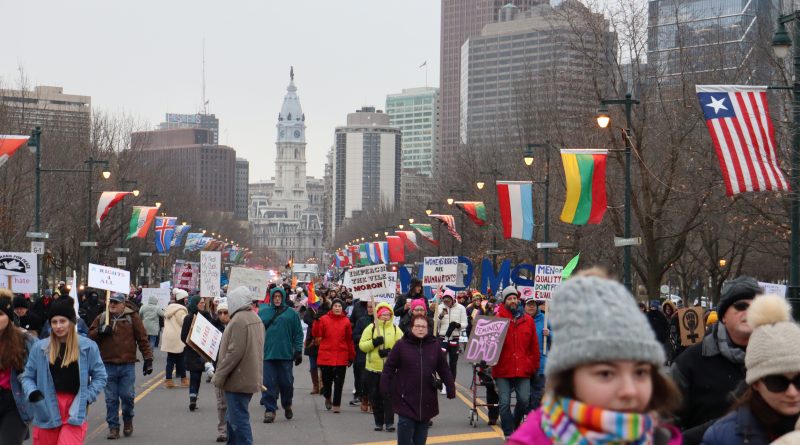 On any other day the biting snow would have deterred the crowd of thousands from charging down the Benjamin Franklin Parkway. Nevertheless, the 2020 Women’s March on Philadelphia persisted.

Protestors gathered for the fourth annual Women’s March on Philadelphia on Jan. 18, 2020 at Logan Circle with a renewed intensity that energized their criticism of the Trump administration, inspired by the theme “The Year of the Woman.”

The Women’s March on Philadelphia was first held on Jan. 21, 2017 in response to President Trump’s inauguration the previous day. The march provided Philadelphians with a platform to express their disapproval of comments Trump made that were perceived as misogynistic. Additionally, it helped marchers to advocate for improved human rights legislation on the local and national level.

This year’s event represented the movement coming full circle, with marchers focusing on Trump’s impeachment trial in the United States Senate and concurrent 2020 reelection campaign. “I want to show both the administration and those that support the administration that we’re not going anywhere,” said Frank Moore, 66, a four-year attendee of the Women’s March on Philadelphia. “We are resisting. We are putting forth the idea that women need to be recognized for their contributions and values.”

Attendees kick-started this year’s march by huddling in Logan Circle at 10 a.m. amidst the throngs of the march’s trademark signs, chants and calls for change. As they began their procession towards the Philadelphia Museum of Art, they sang songs of female empowerment despite the wind pushing back against them. “We have stepped forward,” said Ellyn Sapper, 68, another four-year attendee. “But we must step forward even more. Our voices are being heard but I want them to be heard even more concerning women’s rights, civil rights, children’s rights.”

Snow pelted the marchers as they finally reached the stage in front of the steps of the Philadelphia Museum of Art, where they were welcomed with blessings by Rabbi Linda Holtzman, Salima Suswell and Minister Robin Shine Maddox. The program featured a variety of speakers from local human rights organizations and government offices, including Philadelphia Mayor Jim Kenney.

In particular, Kenney received an enthusiastic applause when he spoke about his recent decision to select Danielle Outlaw as Philadelphia’s new police commissioner, making her the first woman to hold the title. “Women have to take their power back and learn to embrace who they are,” said Jacqueline Smythe, 27, a four-year attendee. “Philly has made some progress towards this, and it was super big that the city just hired their first female police commissioner.”

Embodying the theme “The Year of the Woman,” other speech topics included immigration, human trafficking, gun violence, disability rights and healthcare, climate change and sexual assault. The theme sought to empower women to individually and collectively advocate for themselves, even in the face of backlash. “I work at a landscaping company and I’m a firefighter at a local fire department,” said Heather Leets, 26, a second-year attendee. “So ‘The Year of the Woman’ is about having the courage to tell other little girls like I was growing up, ‘Hey, this is okay. You don’t have to be afraid to be in a male-oriented place because you can fight. You can work for what you need to work for and become the person that you want to be, regardless of what people say about it.”

Leets’ optimism for the future is not unfounded; the march has helped to place gender equality at the forefront of Generation Z’s social justice agenda. “We have never been equal,” said Corinne Farley, 17, a second-year attendee. “For things to be equal then you have to start with the problem, and that’s that women are being treated as less than.”

As the barrage of ice and snow turned Philadelphia a somber gray, it was this fundamental need for equality that propelled the marchers forward and elevated their voices above the storm. “If we protect women, we protect the world,” said Moore as he stepped forward, eyes never wavering from the path ahead. 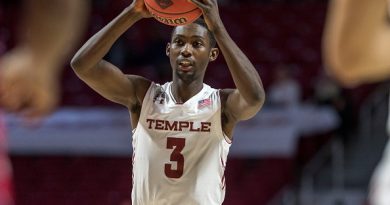