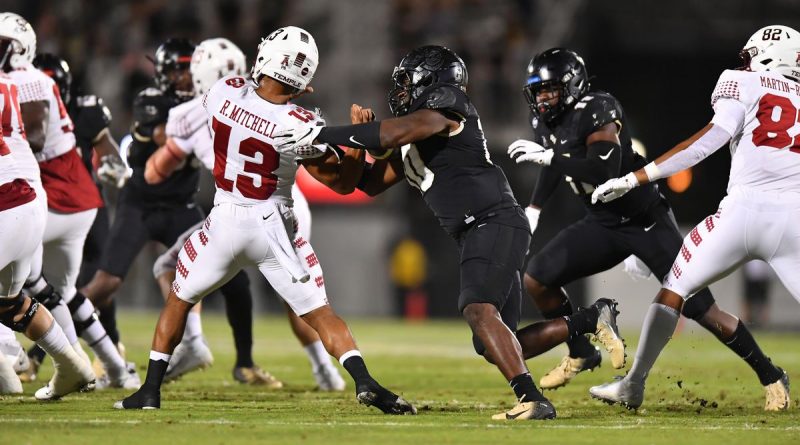 The Owls’ offense continues to struggle to find rhythm and without starting quarterback Anthony Russo the past three games, Temple has not been able to push the ball down the field with its backup quarterbacks. This was once again the case in Temple’s 38-13 loss to UCF on Saturday night.

Temple’s offense only gained 290-yards and only averaged 4.3-yards per pass attempt.

“I don’t care if you’re a true freshman or if you’re a fifth year senior it’s unacceptable,” said Carey. “The urgency I don’t think he played with early and I think he got into a little bit of a slump, but played with better urgency later, but we can’t wait to do that.”

The early turnovers from the offense made it difficult for the team to win.

“Two turnovers in the first three drives and dug ourselves a whole we didn’t have the firepower to get out of,” said Carey.

Mitchell only threw for 107 yards and had a completion percentage of 43.5% against UCF. He also was not able to get going on the ground either and finished with 23 rushing yards.

The speed of UCF’s defense made it difficult for him to get anything going and he took some hard hits, which left him banged up.

“They’re known for being fast and what not, I was kind of nicked up so I wasn’t really able to go like I’d want to,” Mitchell said. “They’re a great defense and credit them a lot.”

The offensive line has been shuffling players in and out with injuries. That’s part of the reason the offense has not been able to be productive. They struggled on Saturday protecting Mitchell, but the quarterback was proud of the effort the offensive line showed.

“They’re out there giving their best effort and that’s all you can really ask for,” said Mitchell. “We are all on the same page, trying to put points on the board.”

Freshman quarterback Matt Duncan came in and replaced Mitchell at the end of the fourth quarter. He only played a small amount of snaps, but the 6’1 quarterback from South Carolina showed some flashes of success.

“He scrambled for a big first down and he’s a fiery guy for sure but he’s got ways to go,” said Carey.

The Owls offense should have Russo back starting at quarterback once he clears COVID-19 protocols. He’s recovered from the shoulder injury that sidelined him.

“His shoulder was fine, so it would have been good to go with his shoulder,” Carey said.

Next, The Owls will play East Carolina on Nov. 21, at Lincoln Financial Field at 12 p.m. 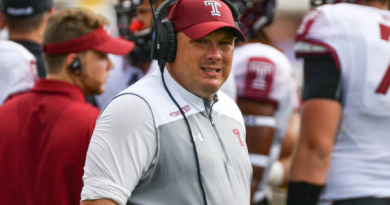 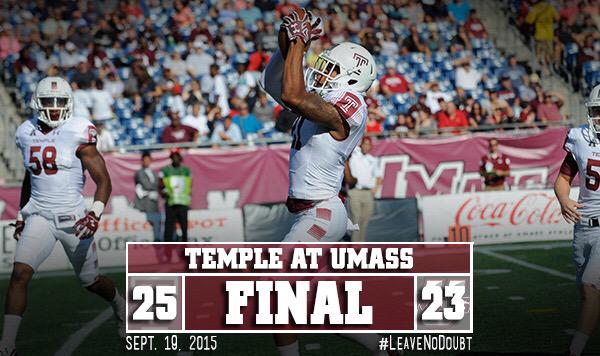