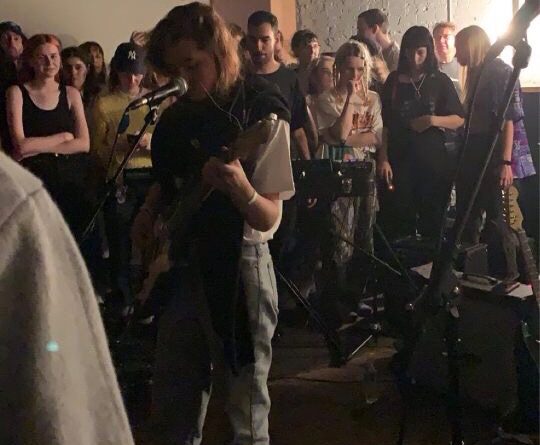 A house show that will no doubt go down in Philly DIY history was thrown Saturday night at a house venue in Brewerytown, about a mile west of Temple’s campus. The bill consisted of underground singer-songwriter Sean Henry, rising indie-pop sensation Clairo, and beloved hometown rock weirdos Joy Again — all of whom delivered immaculate sets for a crowd of no more than a hundred. Hype for the show grew as whispers of it spread like wildfire across the city (not to mention rumors of a surprise Snail Mail appearance) to the point where it became a list-only event, requiring all in attendance to have won a lottery for admission via Philly’s Florida Man.

New York-based Sean Henry and his band got things started with a half-hour set that showcased his capacity for brilliant songwriting which lies somewhere at the intersection of introspective, often nostalgic lyrics and a noise-y, upbeat post-rock sound that wouldn’t be out of place in the late-’90s Pacific Northwest scene (think Modest Mouse circa The Lonesome Crowded West). Selections included “Imperfection” from 2018’s Fink and a new song, “Rain, Rain,” from his upcoming Double Double Whammy release A Jump from the High Dive, slated for a November 1 release.

Performing under her birth name Claire Cottrill due to the under-the-radar nature of Saturday night’s event, Clairo was joined by Joy Again’s Sachi DiSerafino on bass & Blaise O’Brien on drums for a stunning set that provided a welcome contrast with the previous act. The crowd swelled to its largest during her performance, which arguably peaked with a mesmerizing rendition of “Bags.” After mentioning this was her first house show since 2015, she sprinkled in a few of her older songs, including “Thumbs.” Performing a few songs from her debut album, Immunity, it was her first time playing “North,” live — an entrancing melody about romances blossoming on tour and the inevitable pressure of distance and growing apart.

At the age of 21, Clairo already seems to be mastering the art of lyrically capturing modern life with the same insight and uncanny sense for retro, ‘80s-informed melody as Molly Rankin of Alvvays, without the jangle pop slant. Sonically, the closest comparison would be to Cottrill’s contemporary and good friend Lindsey Jordan of Snail Mail (you can watch them share a stage at this year’s Pitchfork Music Festival here), Norwegian indie rockers Boy Pablo, or even Beach House at their least abstract. Her debut album Immunity, produced by former Vampire Weekend member Rostam Batmanglij, was released last month and met with general acclaim.

Idiosyncrasy abounded as Philadelphia locals Joy Again played a blistering set to close the night. Rapturously experimental and exceptionally candid, the band continued their exploration of the frontiers of indie rock in an intimate if not sweltering space that couldn’t have been a more fitting atmosphere for the hometown band. Joy Again was originally founded in 2014 by vocalists/guitarists Sachi DiSerafino and Arthur Shea and a rhythm section made up of Zachary Tyndall on keys, Blaise O’Brien on bass, and Will Butera on drums — and have been prolific in the five years since their inception, most recently with the enigmatic EP, Piano. The mosh pit materialized during virtually every song (Clairo was an avid participant), a few dozen Joy Again devotees from near and as far as Dallas, Texas reveling in a performance worthy of comparisons to rock icons the likes of the Meat Puppets.

As the band performed a mix of songs both old and new, the crowd was particularly perceptive to the familiar beginning strums of “Looking Out for You,” one of the band’s most popular songs. The pit immediately engulfed into the most intense level it would reach for the whole night. A blur of pure bliss, mess of limbs, and synchronized chaos, it was a definite high point of the night. By the time their set drew to a close, everyone was doused in a fine layer of sweat and a sense of realization that they had been part of a Joy Again experience that one would be hard pressed to find elsewhere.

It was what can only be described as a dream lineup for any member of the Philly DIY community or any enthusiast of live music in 2019; it was without question a night that will live on in the hearts and minds of all who were fortunate enough to be in attendance. The raw energy and boisterous spirits within the small venue served as a not-so-gentle reminder that rock and roll is here to stay …

Clairo will be embarking on her Immunity Tour later this month, starting in San Francisco and making her way to Union Transfer here in Philly on November 7th! Tickets can be purchased here. Additionally, Joy Again’s new EP, Piano, is available for streaming now via Spotify, Apple Music, and Bandcamp. 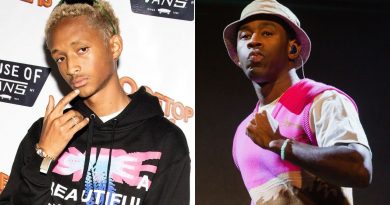 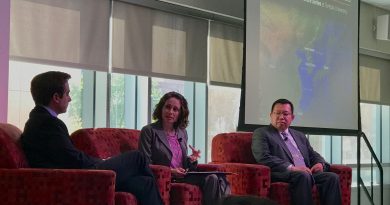 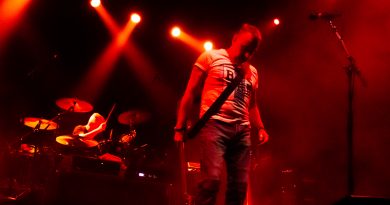