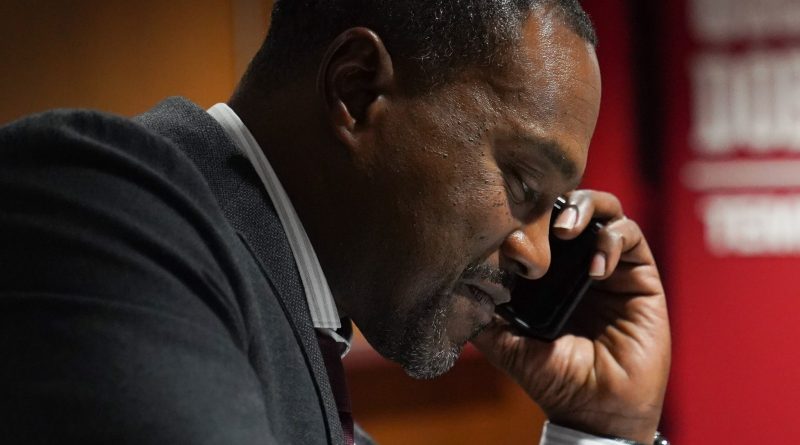 After an extensive head coaching search, the Owls finally have their guy. Stan Drayton was announced as the head coach in a press release by the University last night.

Drayton was previously the associate head coach and run game coordinator at the University of Texas. Prior to Texas, Drayton spent time at Ohio State and Florida where he won BCS National Championships at both schools.

The Cleveland, Ohio native also has local coaching ties. He was the running backs coach at Villanova and Penn. Drayton coached the likes of Carlos Hyde, Brian Westbrook, and Ezekiel Elliott during his college coaching days.

Drayton has coached at the professional level as well. Drayton was the running backs coach for the Chicago Bears from 2015-16 and was an offensive/special teams coach with the Green Bay Packers from 2001-03.

The head coaching position at Temple opened up when Rod Carey was fired after three seasons at the helm. The team disappointed this season, going 3-9 and 12-20 overall under Carey.

This was Drayton’s second time interviewing for the Temple job. Drayton lost out to current Carolina Panthers’ head coach Matt Rhule in 2012.

“I’ve always wanted this position,” Drayton said. “To have it right now is an unbelievable blessing.”

The Fox-Gettis room at the Liacouras Center hosted its second introductory press conference in the span of two months. Vice President and Director of Athletics Arthur Johnson was officially introduced on October 7th of this year.

Johnson and Drayton were joined by University President, Dr. Jason Wingard, at the podium.

Wingard opened up by thanking the faculty, staff, alumni, students, players, and fans for their “enthusiasm and patience” during the head coaching search. Arthur Johnson reiterated Wingard’s opening statement.

Johnson compiled a committee of personnel to help him with the hiring process. The committee had over 100 years of experience of service to Temple University.

Arthur Johnson identified a few key qualities that were important to him and the committee in their head coaching search. Holistic development of the student athlete, understanding of Philadelphia and its surrounding areas, evaluator and developer of talent, and a proven winner, just to name a few.

Johnson told reporters that Drayton wasn’t initially on his radar, even after working together at Texas.

“When we were together in Texas, I didn’t spend a lot of time with Stan, but I got to see him from a distance,” Johnson said. “I’ve spent more time with him in the last two days than we spent our entire six years at Texas.”

There were a lot of former players voicing their opinions on social media about different candidates, including Shaun Bradley, PJ Walker, and Robby Anderson.

Their vote was for former Temple defensive coach, Fran Brown, who ended up being a finalist for the head coaching job.

“I noticed it,” Johnson said. “It’s their program and their history, we had to evaluate everything.”

Former Temple offensive lineman Jovahn Fair was a member of the committee, representing the players. He provided insight on the connection with the current players and represented the past players.

Ultimately, it was Drayton who caught the eye of Fair and the rest of the committee.

“We really felt good about all of our candidates,” Johnson said. “When they got to campus, Stan stood out.”

Drayton got choked up when introducing himself at the podium.

“It’s been a long journey for me,” Drayton said.

Drayton had the desire to become a head coach ever since interviewing for the Temple job the first time around. Drayton went through four to five more head coach interviews, but was never chosen.

“I always wanted to lead men on a larger scale,” Drayton said. “Just being a football positional coach wasn’t enough for me.”

Drayton expressed his excitement to work with his players. The new head coach met with the team on zoom last night and addressed a few select players that attended the press conference.

Drayton emphasized his direction for the program, that it will be built on discipline and toughness. It wasn’t just any type of toughness that Drayton preached, it was TempleTUFF.

“We are going to get it [TempleTuff] back to a level of national notoriety,” Drayton said. “When they see Temple, when they see the cherry and white, they’re going to understand what Temple toughness is all about.”

Drayton talked about building a culture with the talent that exists in Philadelphia and its surrounding cities and states.

Drayton also emphasized the importance of the community. He was heavily involved in the Philadelphia community when coaching at Penn and Villanova. Drayton and his family plan on living as close to campus as they can.

“I want to be able to touch this campus,” Drayton said. “I want to tap into everything about it [The University], I want to be visible and create a sense of pride that these students deserve.

With signing day concluding on Wednesday evening, Drayton will focus more on getting himself acclimated with the current roster and also evaluating the current coaching staff.

While it may seem like a lot of time, Stan Drayton has plenty of work to do as the new head coach ahead of the 2022 season opener against Duke on September 3rd. 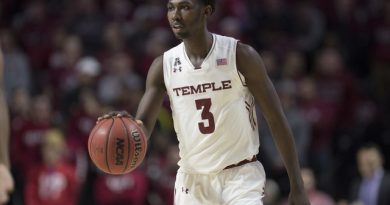 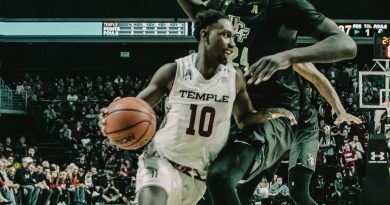