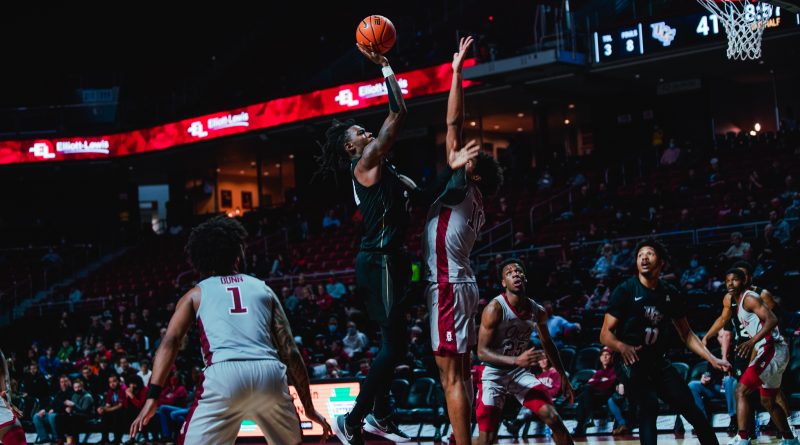 Philadelphia, Pa – It was a tale of two halves as Temple lost to UCF 65-48. The Knights outscored the Owls 47-29 in the second half, after Temple went into the break up one in an extremely low-scoring first half.

“We just have to make shots,” Temple head coach Aaron McKie said. “We are getting looks, we have to be confident and make shots. It’s that simple.”

Offense was extremely hard to come by at the start of the game for both sides. The score after 10 minutes sat at just 8-6. Jeremiah Williams scored the first points for the Owls at the 15:35 minute mark. Williams was fouled on a transition pull-up jumper and converted the and-one.

At the half, neither team reached 20 points, with Temple leading 19-18 at the break. Each team had only one made three-pointer at the break. This was the first time Temple has held an opponent to under 20 points in the first half since March of 2020.

The last time came in a game against Cincinnati, sitting at 31-17 at the half, holding the Bearcats to just 17 points. Cincinnati ended up winning that game 64-63. That was Temple’s last game before the season was cancelled due to the COVID-19 pandemic in 2020.

The last time Temple was held to under 20 points at half was in January of 2020 against Penn. The Owls only scored 17 points in the first half, and would go on to lose 66-59.

Khalif Wyatt was Temple’s leading scorer that game. Wyatt is Temple’s single-season record holder for most free throws made in a season. Fran Dunphy was the head coach and was in just his 6th season of what would be a 13 year coaching career on North Broad.

In the second half, UCF started completely differently from what went down in the first half. The Knights went on an 8-0 scoring run less than two minutes into the second half.

Darin Green Jr. led the Knights to a dominant start to the half with 11 points in the first seven minutes of the. UCF finally broke the cover on the rim, and was leading 41-26 after the first 10 minutes of the second half.

With 4:26 left in the game, the Owls cut it to a single-digit deficit after a steal and ferocious fastbreak jam from Williams, making the game 49-40.

The play right after, UCF’s Tyem Freeman went up for a layup and Williams fouled the Knight, and Freeman went down hard, but still somehow got the layup to go in.

The refs decided to give Williams a technical for his reaction to the intentional foul call, and it resulted in an ultra-rare six-point play for the road team. The Knights were awarded four straight free throws and the ball back after Williams’ foul.

“I slipped, I told the ref I slipped and he gave me a tech,” Williams said. “The referee thought it was his decision to make the technical call. I got to be better, being one of the leaders on the team, so that’s definitely my fault.”

From there the momentum was gone for the Owls. For UCF, Brandon Mahan with 18 points and Green with 17 points led the way. Temple’s Williams with 11 points and Damian Dunn with 10 points were the Owls’ leading scorers.

“It brought me back to the Saint Joseph’s game where we are making a run, and a foul happens and it’s a tech,” McKie said. “And it just took the life coming into the team, and that was pretty much it.”

There was a change in the starting lineup for the Owls. Nick Jourdain received his first start of the season, replacing Sage Tolbert III. Tolbert III had started in every game prior.

“Was just looking for something different,” McKie Said. “Some sort of spark, maybe out of Nick, maybe it will spark Sage too because we need production out of that position.”

“If you look at all the teams we played it’s, ‘senior, senior, junior, junior, graduate senior,’” McKie said. “I’m playing out there with babies, so a lot of that is me. I put these guys in a tough situation, it’s not fair to those guys and I think about that a lot.”

For the Knights, they get their first conference win and improve to 7-2 on the season. Their next matchup is at home against Florida State.

As for the Owls, they fall to 6-5 on the season. Their next game is at home against the 5-5 Drexel Dragons.

That Big 5 matchup will take place on Saturday, December 18 at the Liacouras Center. Tipoff is at 2 p.m. 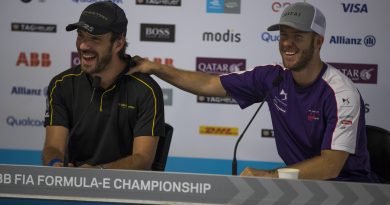 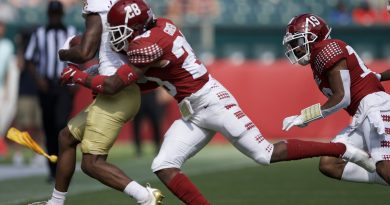 The Eagles felt right at home at the Linc on Saturday as Temple Falls to 1-2.