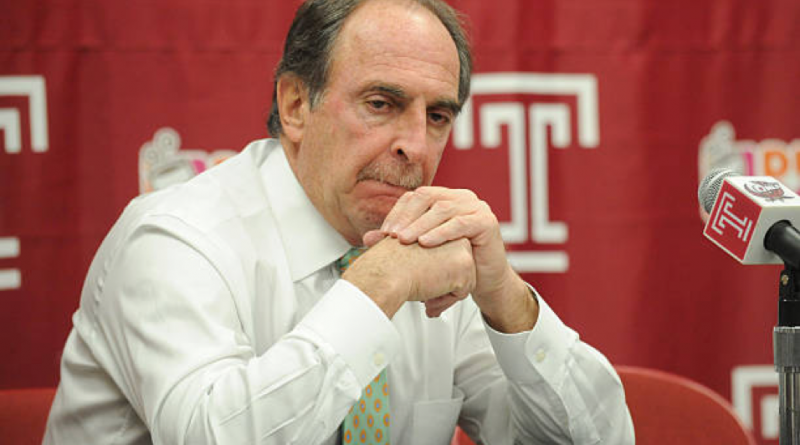 PHILADELPHIA – Fran Dunphy is entering his 12th season as head coach of the Temple men’s basketball team. On Monday, WHIP Radio spoke with him on the Owls’ upcoming season, which begins on Thursday against Old Dominion in the Charleston Classic tournament in South Carolina.

The entire Q&A can be found below.

WHIP: Over the years, you’ve relied heavily on veteran leadership. But now this year, you have four freshmen recruits in De’Vondre Perry, J.P. Moorman, Nate Pierre-Louis, and Justyn Hamilton. So, how do you plan to utilize those four with a more experienced roster?

FD: All four of them have done great work. I think they make us much more competitive every day in the practice arena. And so, I think that’s going to translate into the games as well. For example, we’re playing three games in four days here coming up this weekend, so, we’re going to have to go deep and I’m grateful for the group that we have right now. And the reality is, the better they play, the more minutes they’re going to get.

WHIP: Would you be comfortable working with a 10-man rotation, just because of the playmakers you have in these freshmen recruits?

FD: I’d love to get as many guys in the game as possible. The bottom line is, we have to be the most efficient offensive team. We need to score 1.1, 1.2, 1.3 points per possession, and we have to be as accomplished a defensive team as we can. By the same token, we’ve got to hold teams to 0.75 points per possession on the other end, and do a good job of not giving up second chance rebounds and keeping them off the foul line. We have to be more efficient in everything that we do, and if that means playing 10 guys, then I’m in.

FD: I think every one of these guys has a chance to make themselves a better basketball player. So, for example, Quinton Rose had a lot of good experience this year playing with our guys over the summer, but more than that, he tried out for the Under-19 team of USA Basketball and he was the last person who didn’t make the team. Everybody told me he should’ve made the team and I don’t like to listen to all those prognosticators. I want to know if he made it or not. I did go out one day and watched him work. What I said to him was that all these guys that are playing are terrific offensively. They all can score. Where you’re going to separate yourself is defensively and rebounding the basketball – at both ends. If you do that, it’s going to be hard for them not to keep you. He did a pretty good job of it. I think he could’ve done better, but I think he’s the guy that’s primed to make the biggest leap.

WHIP: Last week, you mentioned that you don’t have a true No. 5 (a center) on the roster in Ernest Aflakpui. Does this mean that your team will continue to heavily rely on perimeter shooting, or will there be an effort to establish a post-game or inside game down low?

FD: I think we’re always looking to be balanced, inside and out. You listen to all the pundits that talk about the Philadelphia Eagles, for example, and ‘Do we run the ball enough?’ or ‘What’s our ratio from run to pass?’ Well, in our situation, we’d like to get it inside. We’d like to get to the foul line more than they do. We don’t want to put the other team on the foul line. The reality is, our best chance of scoring opportunities is probably going to come from the perimeter.

Would I like to see Ernest, Damion Moore, Obi [Enechionyia], Justyn Hamilton better at playmaking down there as well, not only at scoring, but playmaking? Yes, I would. But I also want them to understand that if we throw it down there, we have to make a good decision out of it, whether it’s scoring or kicking it out and re-posting. And make these guards throw it to you. But they’re only going to throw it to you if there’s good things coming out of it. So, I think they’re working at it. It’s still a work in progress, and I think we did some good things inside the other day [in a charity exhibition against Jefferson]. The reality is, we’re probably better served as a perimeter jump-shooting team. You don’t like to rely on that, though.

WHIP: Obi Enechionyia was strong in the fall, but sort of fizzled in the winter and spring. What did he improve on this offseason to get back on track?

FD: I appreciate the observation. I don’t know if I would agree with the “fizzled out” piece. I think he got attacked – from the defensive standpoint – differently. I think teams guarded him with perimeter guys, and it’s harder to get shots off perimeter guys than it is off bigger guys, because bigger guys don’t necessarily want to go out. And obviously, it’s no secret that Obi’s best chance of making plays and making shots are at that perimeter spot. That’s good for us in many ways. He drags the defense out there, opens up the floor for other guys driving to the rim. But I do think as he is gotten even more experienced at the game, he is attacking the close-out guys.

He’s got to get to the foul line more than he does, he’s got to use his mid-range game a little more than he does, and we’ve got to do a better job of finding him shots. It’s one thing to make shots. It’s more important right now that you get the shot. You’ve got to understand how to fade to the right spot, to read the defense, to get open on the wing, those kinds of things. And I think he’s working on all those things.

WHIP: You have a number of playmakers on this team, but is it fair to mention Josh Brown as an x-factor this year, considering you only had him for a handful of games last season?

FD: I think that’s not unfair at all. I think that’s exactly what we’ve done over the course of the summer and now into the early fall here. He’s doing a good job of getting to the rim, to either drive and kick or finish his shots at the rim. He had a couple of chances to finish the other day that I think he needed that game simulation to get himself more ready. But that’s something that he can do and we need him to do. He needs to get it to the rim and help us make more plays.

WHIP: One other person you didn’t have last season was Trey Lowe. Any status on him recovering from his injury?

FD: He’s working very hard each and every day. He’s with us every single day, every meeting, every bounce, he’s out on the court watching what it is that we do. He’s not quite ready yet [to return to game action], but he’s working hard, and I’m hopeful that he at some point will return to where he was.

WHIP: In the preseason AAC power rankings, your team is placed in the middle of the pack. Which conference teams pose as the biggest threat to you?

WHIP: Is it intimidating to have a Top-25 team enter its way into the conference?

FD: I think that it helps our overall impression from others about how good of a conference we are. I think we have really good teams in our league, really good coaches, really good talent, really good programs in our league. So, Wichita State just adds to it, and the fact that they are where they are at this point in the country can do nothing but help us. Is it intimidating? I don’t know that it’s intimidating. I think it’s energizing. I think it’s one of those things that gets you juiced to say, ‘Here’s a top-level team that we have a chance to win the game from,’ whether it’s at their place of when they come back here to the Liacouras Center.

WHIP: Your first home game isn’t until Dec. 6 when you welcome in Wisconsin. What does it mean that you’re on the road for so long starting off this season? How do you think that’s going to shape up for a team that has a lot of young talent?

FD: Scheduling is an unbelievable chore, to be honest with you, and we have a lot of people that help us with that. It’s kind of like trading at the baseball deadline. This is how it all filtered out. We’re in a stretch – once we do get to Wisconsin – we’ve got St. Joes, Villanova, and Drexel shortly thereafter. Four pretty good home games that we’re able to play. But the bottom line is, we’ve got to play good basketball no matter where we are, and our first home game being against a team like Wisconsin that’s got an unbelievable pedigree.

Unable to Convert in Overtime, the Owls Pick Up Their Third Draw in Five Games. 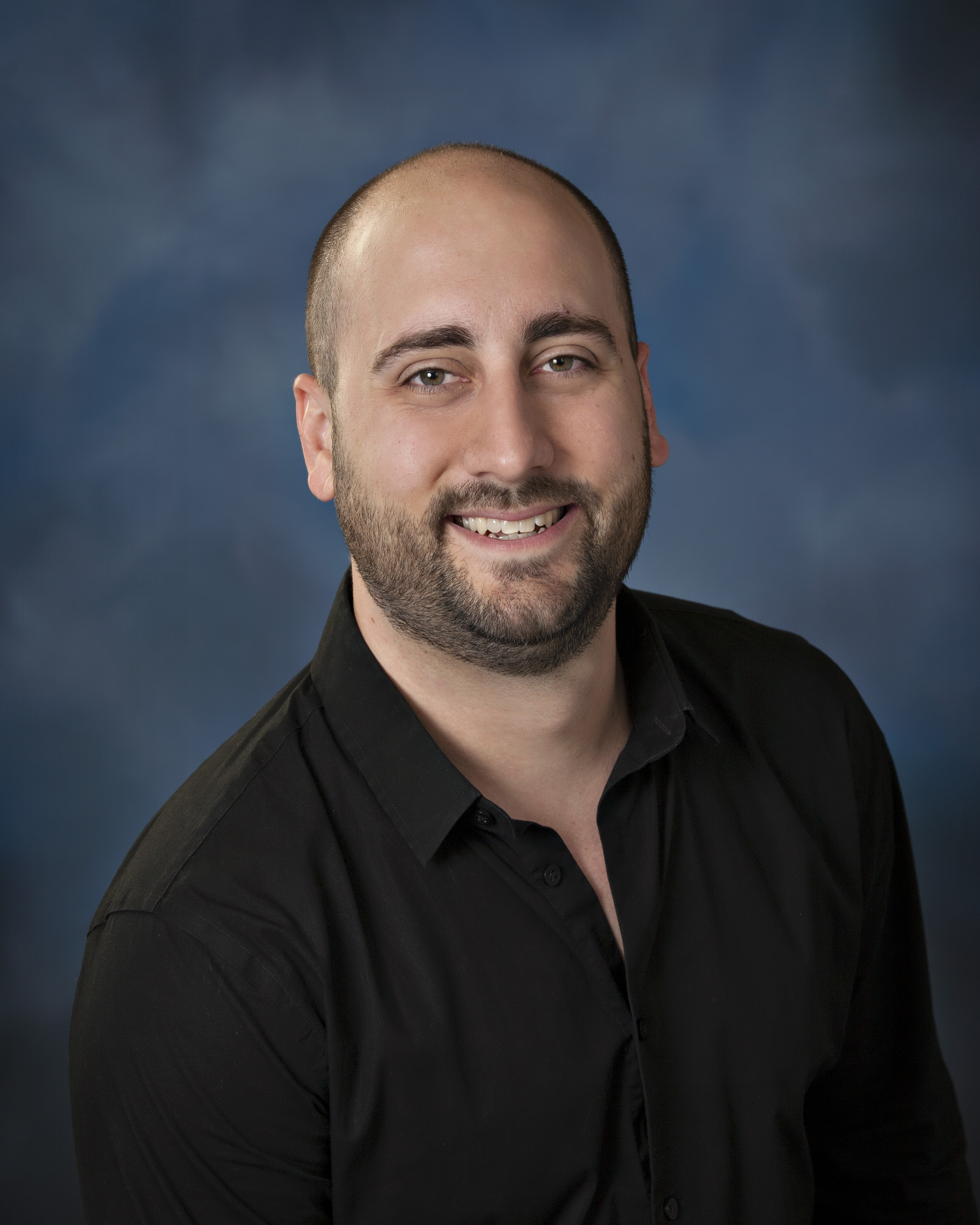