PHILADELPHIA – Temple University introduced their new head football coach Manny Diaz on Thursday afternoon. Diaz comes from the University of Miami, where he served as the defensive coordinator.

Athletic director Dr. Patrick Kraft says he wanted to hire a defensive coach because of the high powered offenses that are in the American Athletic Conference and that he knows Diaz will bring success to Temple. Coach Diaz brings a philosophy and scheme that helped lead Miami to being ranked as the second best defense in the country in 2018.

“We are thrilled to have Manny lead our football program,” Kraft said in a statement. “After spending time with him, I understand why he has had tremendous success as a football coach and why his players are so devoted to him. We are in complete alignment about the values on which we run our athletics programs, the high expectations we have for our teams, and how we will conduct ourselves as representatives of Temple University. I am supremely confident that Manny will build on our past success and take us to even greater heights. The entire university community welcomes Manny, Stephanie and their sons to the Owl family.”

Through Diaz’s mannerisms, it became very evident that he is eager to get to work.

“I am so excited to be in Philly and honored to be the head coach at Temple University,” Diaz said in a statement. “I can’t wait to get in front of our Temple TUFF guys and then to get on the road recruiting. I am looking forward to bringing in a great class of guys that want to take Temple to the next level.”

Diaz says in the past couple of years, he had other opportunities to be a head coach but he chose Temple because it was the “right fit.”

“I really wanted to find something that was the right fit, not just for me, but the right fit for my family,” Diaz said. “It had to be a place that was committed to championship culture.”

When asked what stood out about Diaz and what separated him from other candidates, Kraft said, “His poise, his vision, his passion for this program.”

“I watched that Notre Dame-Miami game… and I told my colleagues, ‘if Geoff Collins leaves, that’s my first phone call.’ As a linebacker, I was like, ‘I want to play on that defense.’”

Temple quarterback Anthony Russo was in attendance of the press conference and he says he’s excited to play for his new coach.

“I love his energy, I love his passion,” Russo said. “And him talking about integrity, that is something as a quarterback, I rely on—that trust factor.”

As far as who will be a part of the new coaching staff, Diaz says he will meet with Temple’s current brass and see if any of the coaches fit on what he wants to bring to Broad Street.

“The most important thing about the coaching staff is we get it done right, more so than we get it done fast,” Diaz said. “There are several key coaches I want to move quickly in place in trying to close this strong recruiting class we have.”

Diaz did acknowledge the viral video of interim head coach Ed Foley and his enthusiasm for Temple football.

“You saw his passion this week,” Diaz said. “If that’s any indication of what Duke is about to get in Shreveport, I’m worried for Duke’s sake… what a great man to lead the team into the bowl game.”

Throughout the press conference, Diaz emphasized on integrity and what he expects out of his new players.

“The first word that will define us is integrity,” Diaz said. “Integrity in everything that we do in this program. Integrity in how we behave, how we act, how we interact with others. The key is—we have to be what we say we are. Our players have to do what they say they’re going to do. We’re going to be a program where honesty is going to be a major, major pillar.”

Diaz says he will not bring the famous turnover chain to Philadelphia.

“The turnover chain, I think will always belong to the University of Miami,” Diaz said. “That was never about me to begin with anyway. That was a Miami thing that once it was born, it could never go away.” 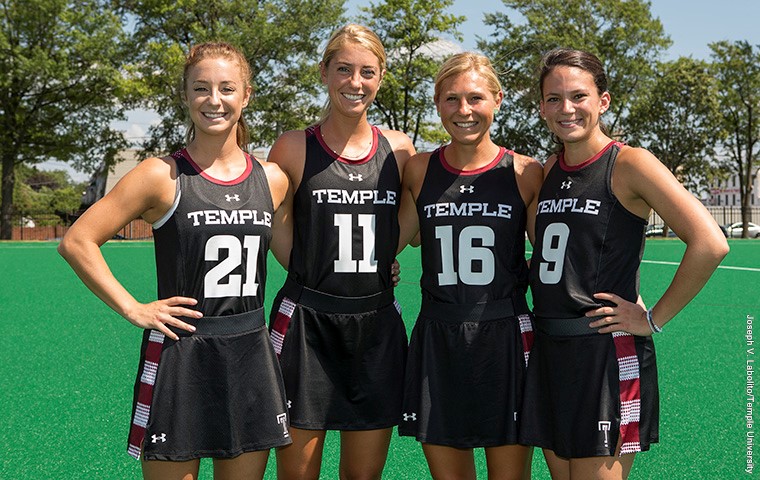 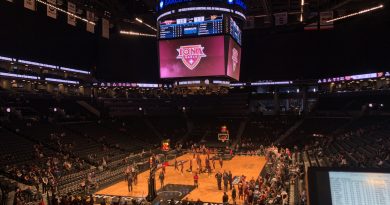