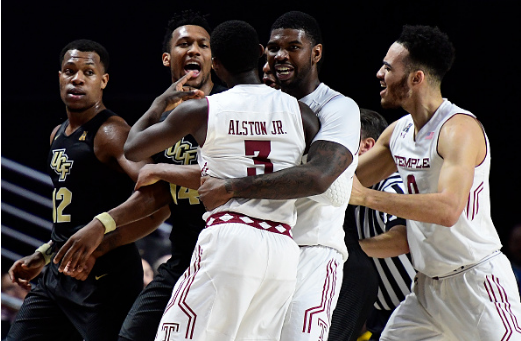 PHILADELPHIA — The results have been monotonous. The mistakes have been lingering. And so Temple continues to endure defeat in the closing moments.

Despite holding a double-digit lead for the second consecutive game, the Owls watched their second half momentum dwindle once again, this time in a 71-69 loss to Central Florida on Wednesday night at the Liacouras Center.

Trailing 68-66 with less than two minutes left, Owls forward Obi Enechionyia drained a three-pointer from the corner to make the score 69-68 with 1:27 on the clock. But 32 seconds later, UCF guard B.J. Taylor hit a fadeaway jumper to hand the Knights the lead, 70-69. It was the last of Taylor’s seven buckets, six of which came in the second half (19 total points).

On the ensuing possession, Enechionyia was given another look, but the shot didn’t drop, which forced Temple to commit two fouls. With 20.2 seconds remaining, 7-foot-6 center Tacko Fall was placed at the free throw line for one-and-one. He missed the front end which happened to give possession back to the Owls, but Mark Williams’ missed three point attempt with seven seconds left led to one last free throw by the Knights and a desperation half court heave from Enechionyia which fell wide to the right.

Although Enechionyia had a chance to be the hero twice, he did score 17 points (6-12 FG), all of which came in the second half.

Temple head coach Fran Dunphy was also pleased with Enechionyia’s performance, and hopes it marked the end of his wretched shooting slump.

“If this is his getting over it, that would be great,” Dunphy said. “It could certainly help us through the last two regular season games and then in the playoffs as well.”

The Owls held a 39-28 lead at the start of the second half, but the Knights quickly ignited a rally, and knotted the score at 46 with 12:11 to go. But minutes before UCF put the finishing touches on an 18-7 run, tensions flared between guards Shizz Alston Jr. and Matt Williams. The two had to be separated by officials and teammates after Alston took an elbow to the mouth which drew some blood.

“It was just two guys being competitive,” said Alston, who finished with 15 points and three assists. “I was guarding [Williams] close all game and he was guarding me some plays and we were just competitive guys trying to win.”

Fall’s massive size also made an impact down low. He scored 14 points with 10 rebounds and five blocks.

“It is tough not being able to really play inside,” Enechionyia said. “Shot fakes don’t really do much. [Fall] doesn’t’ have to jump to block shots.”

Nail-biting finishes haven’t been kind to Temple in conference play, as the team is 0-4 in AAC games decided by three or less points. But Dunphy believes his squad “weathered the storm,” and is close to being on the winning side of close contests.

“We’re almost there,” he said. “We’ve had so many close games. We just gotta figure out how to get over the hump.” 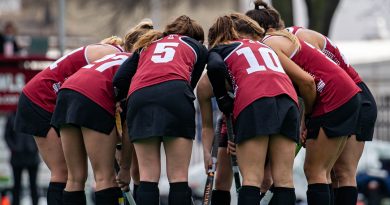 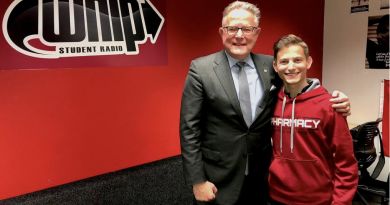