Temple Athletics icon Al Shrier sadly passed away in his sleep last night at the age of 88.

Shrier spent 55 years as the Sports Information Director at Temple University. He officially retired from the position of SID on June 30, 1995.

He was drawn back to the program for the 1995-96 academic year as SID and followed with many years as Special Assistant to the Athletic Director in charge of credentials, media services, and hospitality at many sporting events.

“If you enjoy what you’re doing,” Shrier says, “the years don’t matter.”

Shrier graduated Temple in 1953 as a Journalism major and was a member of the College Sports Information Directors of America. He was later honored in the Pennsylvania and Philadelphia Jewish Sports Hall of Fames, Temple University’s Hall of Fame, and the Philadelphia Big Five Hall of Fame.

He received the Lew Klein Alumni in the Media Award from the School of Communications and his legend lives on as the Media Room at The Liacouras Center is named in his honor.

His title, his recognition, and his time around Temple Athletics only tell half the story.

Shrier is best known for his signature briefcase that he carried with him. The outside was covered in Temple Owls stickers but its contents have been a mystery to many for years, considering he never showed anyone the inside.

“I had one guy a few years ago who had to have a hot dog. And I produced two hot dogs out of it. He almost fainted,” Shrier told Mike Jensen of the Philly Inquirer.

Shrier was said to be a “basketball historian” and have a “heart of gold,” not to mention he is the only SID to have a bobblehead made of him.

He is a Philadelphia Big 5 Basketball legend. He was charismatic, kind hearted, and he has touched so many lives throughout his time around the program.

Many of his beloved friends, students, and colleagues take to Twitter to honor is incredible life and tenure with Temple University Athletics.

Sam Rosen with Zach Gelb and Chase Senior on WHIP! 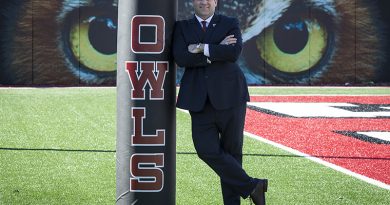 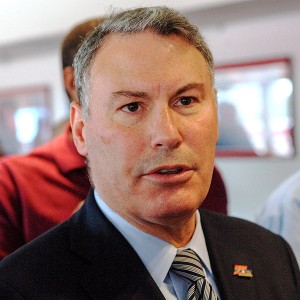