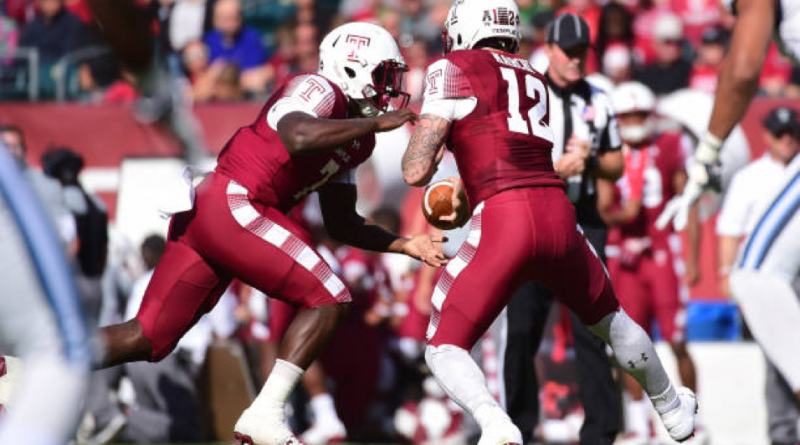 PHILADELPHIA – In the last three weeks, Temple quarterback Logan Marchi has learned to settle his nerves and brush away any offseason rust. But he has not been fully healthy in the process, according to Dave Patenaude.

The Owls’ offensive coordinator told reporters following Tuesday’s practice that Marchi is dealing with a lingering ankle injury he suffered during training camp, which could explain why the redshirt sophomore displayed limited mobility in the pocket against Notre Dame and Villanova.

“He had a bad ankle coming out of camp,” Patenaude said. “He is more agile, doing more things, running around and making plays. You haven’t seen the true Logan Marchi because a piece of his game is running around and making plays, break-the-pocket type of kid, and he is feeling a lot better. His ankle is feeling a lot better, and you will see it in his game a little bit more.”

Based on Marchi’s response, his ankle does not seem to be bothering him all too much.

“I feel good,” said Marchi, who has thrown for 519 yards and two touchdowns so far this season. “Just one thing I’ve worked on, composure. You’ve got guys outside in Ventell [Bryant], Adonis [Jennings], Keith [Kirkwood]. There’s no need to be worried, no need to be nervous. Those guys have got your back and your job is to execute the play.

“I spent all spring and all summer trying to make sure I get my reads down, make sure I know the playbook inside and out so I can help the guys around me, make sure they can execute 100 percent.”

Marchi is not the only offensive player who has struggled to make plays with his legs. Temple’s running backs have averaged just 2.6 yards per carry in two games, and in Saturday’s 16-13 win over Villanova, Owls’ lead back Ryquell Armstead rushed for only 19 yards on 12 carries. David Hood happened to be Temple’s leading rusher (21 yards on four carries), and he also took Armstead’s place during the first drive.

According to head coach Geoff Collins, Armstead has been dealing with an ankle injury, which made him limited during practice last week. His lack of practice snaps resulted in the first drive “benching.”

“I was a little banged up after Week 1, and I feel great now,” Armstead said on Tuesday.

Last season, Temple was spoiled with an imposing running game, as both Armstead and former Owl bell cow Jahad Thomas combined for 1,872 rushing yards on 363 carries for 27 touchdowns. Right now, Temple has tallied only 164 rushing yards on 64 carries, and for the Owls’ offense to find a groove, the running game needs to be established.

“It’s all mistakes we’ve made,” offensive lineman Matt Hennessy said.” The scheme has always been right. It was right last week, it was right this week. I just need to make sure I’m making the right calls. The guys up front, we all need to be on the same page, just communicating and just running the plays correctly.”

Like Hennessy, Collins has not lost any faith in the potential of his running backs.

“I thought versus Notre Dame we ran the ball really well when we wanted to, when the situations were there. This past week I don’t think we ran the ball as well we want to,” Collins said. “And a lot of that had to do with misidentifications on the front. But I have complete confidence in them.”

“It’s a dream come true to wear a single-digit,” Taylor said. “I’ve been here for five years. I’ve been battling through a lot of injuries. I had the biggest smile on my face when [Coach Collins] said I was going to wear it.”

So, are the Owls “tuff” once again?

“We were more disciplined, I can say that,” junior defensive back Delvon Randall said. “But like gap-wise, we weren’t fitting the gaps right, so we’re getting better with learning and understanding our defense. We’re honestly not all on the same page yet. But we’re getting there. This week we’ll be on the same page.”

-In the Minutemen’s three losses this season, they’ve allowed 31 points and 437 yards of offense on average. They’ve also allowed 210 rushing yards on average (4.8 yards per carry).

-UMass’ leading back is junior Marquis Young, who’s ran for 148 yards on 45 carries for four scores. In 2016, Young accumulated 898 yards (198 carries) and four touchdowns. It’ll be the second time Temple has seen him. 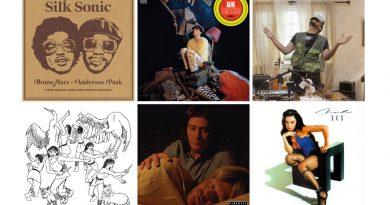