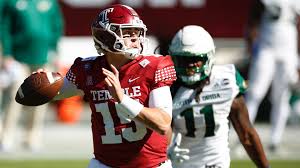 The first interception happened with 3:55 remaining in the second quarter, Russo overthrew Branden Mack and was picked by South Florida junior defensive back Mekhi Lapointe. In the third quarter, with 5:31 remaining Russo threw an inaccurate pass down the field and was picked off by South Florida’s sophomore defensive back Daquan Evans who returned the ball to Temple’s 35-yard line.

Russo did not play exceptionally well on Saturday, but he found a way to overcome those mistakes and completed 30-of-42 passes for 270 yards and four touchdowns in Temple’s (1-1, 1-1 The American Athletic Conference) win against South Florida (1-4, 0-3 The American) 39-37 in the home opener.

“He felt like he was going ahead and even though they had the two picks he was still in it,” coach Rod Carey said. “We just want to get him to stop throwing the picks, but he has not let it affect him, which has been good.”

After two crucial picks, Russo improved his play and made a big-time throw in the third quarter.

With 1:07 remaining in the third quarter, Russo placed a perfect pass over the head of Evans and the ball landed right in the arms of Temple wide receiver Branden Mack for a 13-yard touchdown. The seven play drive for 57-yards and a touchdown cut the deficit to five points.

Temple found a way to take the 32-31 lead with 9:52 remaining. Defensive end Arnold Ebiketie scooped up a fumble for a touchdown after South Florida’s quarterback Jordan McCloud dropped a handoff.

The Owls’ offense helped the defense out on the next possession and drove down the field for 81 yards and a touchdown to help put the Owls up 39-31 with 4:28 remaining in the fourth quarter.

Russo completed a quick pass to Randle Jones in the right flat and Jones evaded defenders and ran around the edge for a touchdown.

Jones led the team in receiving with eight receptions for 81-yards and one touchdown.

“He’s a flat out stud,” coach Rod Carey said. “The way he practices, the way he plays, the way he attacks his life in general on and off the field, he is a stud. I could go on for hours about that kid, I love that kid.”

Jones was not the only wide receiver who produced on Saturday, Jaden Blue had nine receptions for 60-yards and two touchdowns.

Mack finished with three receptions for 29-yards and a touchdown.

The wide receivers played a significant role in the win and helped make the offense explosive.

“You guys hear me talk all the time about how great our playmakers are in the wide receiver room and anytime we can get them the ball in space and let them go make plays, you saw it today they were making plays all day,” Russo said.

The trust between Russo and his wide receivers is a big reason Temple was able to find more offensive success towards the end of the game.

The wide receivers watched Russo on the sidelines after he made his mistakes and they noticed his positivity.

“When things are going bad he’s always positive and that’s one thing I can respect about him,” Blue said. “No matter what, when he throws a pick, he’s always positive at the end so that energy feeds on us and when you believe in your quarterback anything can happen on the offensive side.”

Temple’s offense racked up 416 yards on Saturday and went 9-17 on third down.

They were able to stay balanced and ran the ball 43 times for 146 yards.

Re’Mahn Davis rushed the ball 25 times for 83-yards, only averaging 3.3 yards per carry and Russo continued to run the ball, but not as effectively the previous week against Navy. He carried the ball 10 times for 13-yards, averaging 1.3 yards per attempt.

Tight-end David-Martin Robinson continued to play a role in the Owls’ offense and had three receptions for 36-yards. 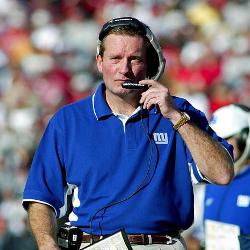 Jim Fassel with Zach and Chase! 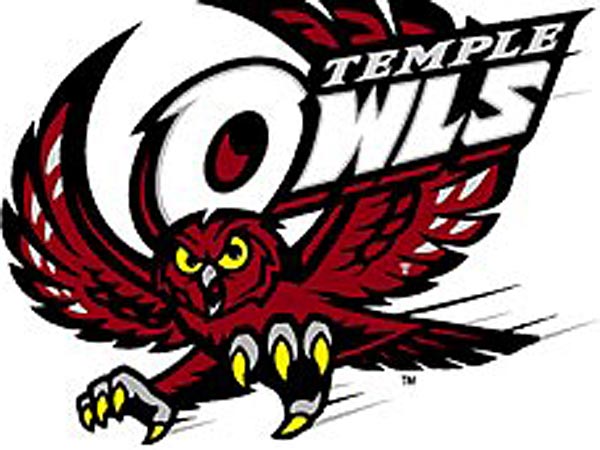