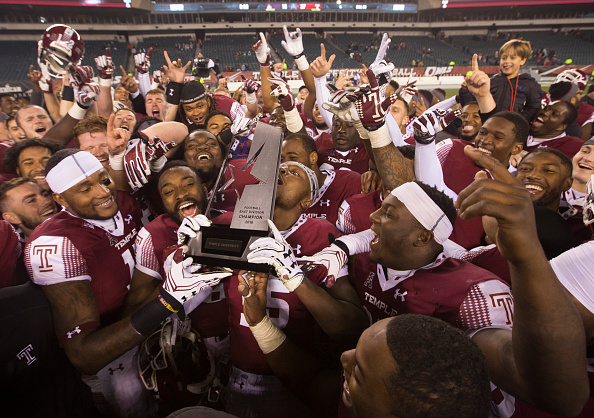 PHILADELPHIA — In the middle of October, after failing to rally for a win on the road at Memphis, Temple’s prospects of defending its American Athletic Conference East division title seemed grim.

With two early losses to Army and Penn State, the Owls’ path to the championship was uphill. In order to fulfill the high expectations of both fans and players heading into the 2016 season, Temple couldn’t afford another slip-up in conference play, which meant successive victories were the only way to secure its place atop the division.

But the Owls did just that. In thanks to a 37-10 victory over East Carolina before 28,373 on Saturday night at Lincoln Financial Field, Temple (9-3, 7-1) clinched its berth to the championship game as winners of six straight, and will face the West Division champion Navy Midshipmen (9-2, 7-1) next weekend in Annapolis, Md.

Last December, Temple came up short in its pursuit for hardware against Houston in the inaugural AAC title game, but to head coach Matt Rhule, his focus on redemption hasn’t quite materialized.

“I wouldn’t sit here and tell you I knew this was going to happen,” said Rhule, whose team has won 19 games in the last two seasons. “I’m not even thinking about the championship game yet, and I don’t mean that in a disrespectful way. I spent all my time thinking about how to win this game. Sitting there last year having to win the last two and sitting there this year and to have to win the last two, I can’t even begin to think about next week and the tremendous challenge that lies ahead. What a tremendous honor it is to play against Navy. But last year’s championship, none of that is in my thought process right now. I’m just happy for this win tonight.”

Despite conceding a touchdown on the game’s opening drive, Temple’s defense immediately turned on its switch, limiting East Carolina to only one field goal and 167 total yards of offense in the latter 54 minutes.

The Owls responded with a touchdown of their own on the ensuing possession, as wide receiver Adonis Jennings provided 87 yards. After returning his first-ever kickoff for 43 yards, Jennings caught a 44-yard bomb from quarterback Phillip Walker, which marked Temple down at East Carolina’s two. Two plays later, halfback Ryquell Armstead crossed the goal line to help knot the score at 7-7.

With 2:07 remaining before halftime, Armstead would contribute one more score in the red zone, a one-yard rush which helped place the Owls ahead, 14-7 after two quarters. Armstead, who missed last week’s game against Tulane with an injury, finished his sophomore regular season with 13 touchdowns and five multi-score games.

Temple continued to rely heavily on its ground game throughout the second half, as senior halfback Jahad Thomas matched Armstead with two rushing touchdowns of his own, both from three yards back to boost the Owls’ lead to 27-7 in the third quarter. It was the fifth time this season in which the tandem scored at least once in the same game.

Along with field goals from Owls’ kicker Aaron Boumerhi and Pirates’ Davis Plowman, Temple halfback Jager Gardner capped off the scoring with a 14-yard touchdown with four minutes left in regulation.

Walker finished 12-of-20 for 158 yards and no interceptions, while Jennings added six receptions for 100 yards. Both Thomas and Armstead combined for 190 yards on 34 carries.

“Nobody believed we were going to win this championship at the beginning of the year, but we did though,” said Walker, who become the first Owls quarterback to throw for 10,000 career passing yards. “We lost our first game and then lost our third game and our goal was still right in front of us. We won the east side now, we just have to get prepared for next week.”

Although Temple’s offense spent the evening on cruise control, efforts from the defensive side continued to impress. Linebacker Avery Williams led the team in tackles with eight (seven solo), while Praise Martin-Oguike had two sacks, a forced fumble, and 16 tackles for loss yards.

The single highlight for East Carolina came from wide receiver Zay Jones, who became the all-time leading receiver among Football Bowl Subdivision (FBS) with 399 career catches. Jones was limited to only 61 yards on seven receptions on Saturday.

Now Temple has a chance to capture its ultimate prize once again, this time against another high-powered offense in Navy, which scored 75 points against Southern Methodist in its regular season finale. The Midshipmen’s triple-option attack has averaged 326 rushing yards per game (third-most in CFB), and with wins over Houston and Notre Dame, Navy has reached the Top-25 in the College Football Playoff rankings.

“They’re so multi-dimensional,” Martin-Oguike said of Navy’s dynamic offense. “If you take care of you and everybody takes care of themselves, I think it’s fun. We get to run around and stuff. We’ve just got to fly around. It’s football. They pass, they run the ball. It’s the same thing a lot of teams in our conference do, but they just do it differently, from under center. Our defensive line has to play tough. Our d-line has to change the game this week.”

For Rhule, Temple’s goal of winning a conference championship remains in front of them. But considering the Owls’ slew of early mishaps and sustained injuries, the journey to their ultimate destination won’t be forgotten or ignored.

“Trophies come and go, rings come and go,” Rhule said. “I have a ring at my house from when I was at Penn State that like literally sits up by my bed. Those things are material. Being able to come back and battle back from where we were; the early adversity; to not turn on each other; to not give up on the year; to not start worrying about selfish aims; ‘I’m going to get mine;’ to keep getting better; I’m really excited about that. We want to compete. We want to be relevant in the conference championship race every year.”

Temple will face Navy in Annapolis next Saturday at Noon on ABC. 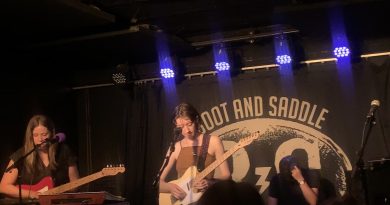 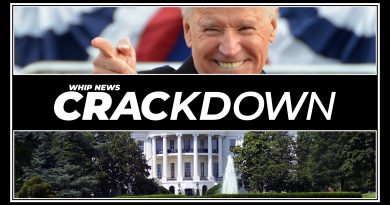 Joe Biden Called Out for Being Creepy, & Shell Gets Woke