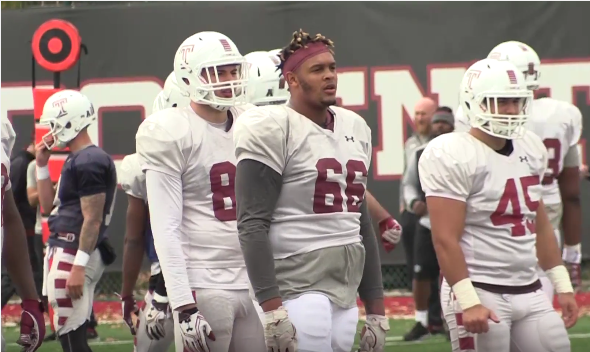 PHILADELPHIA — The last time Temple football had one of its players selected in the first round of the NFL Draft was in 2011, when defensive end Muhammad Wilkerson was chosen 30th overall by the New York Jets.

The Owls’ former offensive tackle discussed his experience playing in the Senior Bowl on WHIP Radio Monday, admitting his transition from the offensive tackle position to guard was a challenge during practices last week in Mobile, Ala.

“To be 100-percent honest, at first I was very uncomfortable because at the Senior Bowl, you’re playing against the best competition in the country,” said Dawkins, who was named the top performer on the offensive line by Senior Bowl executive Phil Savage. “I was a left tackle for three years and then I came down to Mobile and they put me at left guard, and on the first day, it was very uncomfortable. But I had to take it little by little daily, and by the second practice, I kind of got the hang of it and it kind of clicked, so I’m thankful for it.”

In early December, Dawkins and the Owls reached their pinnacle of success. They were conference champions for the first time in program history, and had a chance to achieve an 11-win season — a feat that Temple football had never accomplished before. The only team standing in their way was Wake Forest, Temple’s opponent for the season finale three weeks later: the Military Bowl.

But the mastermind behind Temple’s winning formula wasn’t going to be on the sidelines for a shot at history. Just three days after the Owls’ championship victory, head coach Matt Rhule took the head-coaching job at Baylor. To complete a whirlwind couple of weeks, Temple hired Florida defensive coordinator Geoff Collins eight days later to fill Rhule’s shoes at the helm.

The month’s chain of events concluded with the Owls being upset by the Demon Deacons in Annapolis. But Dawkins believes the program will continue to move forward under new leadership.

“Geoff is a great guy – I see Geoff as another leader,” Dawkins said. “I had spoken to Coach Rhule about Geoff before he came in, and Coach Rhule had a decision to put him up for the job. Coach Rhule knew what he was doing, and I trust Coach Rhule, so all of my trust is in Geoff as well. I feel very confident in where the program is now.

“Even when we started out only winning two games, it was a consistency of trusting Coach Rhule’s process, and trusting the process we had built over those four years. And it truly showed if you keep staying on the same track for a certain amount of time, then good will eventually happen.”

Now temporarily staying in Pensacola, Fla., Dawkins is on his own, responsible for training by himself and keeping his 6-foot-4, 324-pound body in football shape. This independence is what scares the him most, along with the realization that he’ll be held accountable for the successes and failures he encounters at the next level.

“At Temple, it was a handful of everything,” Dawkins said. “You had to be mentally tough, so you had to push through extremely hard workouts. You had to go to class, be on time, be a grown man and be held to a high standard. Here, I’m basically on my own. I’m at a period in my life where I can focus on myself and not worry about my teammates I have to work out with. If you need extra time, it’s all on your own. Everything is self-centered — I’m just focused on myself now. This has been the first time that I can actually tune in on myself, and I’m just giving it all right now.

“You have all of the time in a 24-hour day to improve yourself and take downtime, but if you’re not in the right mindset, you can easily fall into the cracks. There’s nobody here to punish you if you come late to a workout. That’s where you have to make the decision on if you want to be a pro or want to be a child.  I’m here for one reason, and that’s to be the best offensive lineman in the country.”

Dawkins’ competition for the title of “best” isn’t exactly mammoth. The upcoming draft class of offensive lineman isn’t considered to be very strong, which has placed Dawkins in the conversation of potential first-round picks by NFL analysts.

Three months from now, 32 NFL teams will be on the clock. When and where Dawkins and his teammates are selected is irrelevant to him, as long as they follow their alma mater’s slogan.

“We know that we can’t look further on down the line,” Dawkins said. “We did that in the seasons that we were losing. We were worried about the next game and not playing up to our potential. So we take it day by day and just try to win every day with a 1-0 mentality. If you win every day, you should be a winner.”

But, it’s almost impossible to block out the mock draft buzz, right?

For the next 27 days, Dawkins will be focused on his next road trip: the NFL Scouting Combine at Lucas Oil Stadium in Indianapolis. There, his talents will be showcased to his future employer, whomever it may be.

Fear of the unknown is natural, so Dawkins is embracing this fear in preparation for the Combine.

“Nerves are definitely good because that means it’s at the top of your radar,” Dawkins said. “As far as training, I’m just working on my 40-yard dash and all of my drills and just focusing on body weight and being at the best position that I could be to show my athletic ability in front of every NFL scout and team.

“There’s nobody like me — I’m a different breed. I’m truly athletic. The coaches will definitely see it because they’re the pro coaches. I’m ready for the game to change with me being that trendsetter and me being the first guy to change the perspective of all offensive lineman in the country.”

Who knows, maybe he’ll also set the trend for Temple players to be able to wear a hat and jersey on the Draft’s opening night. 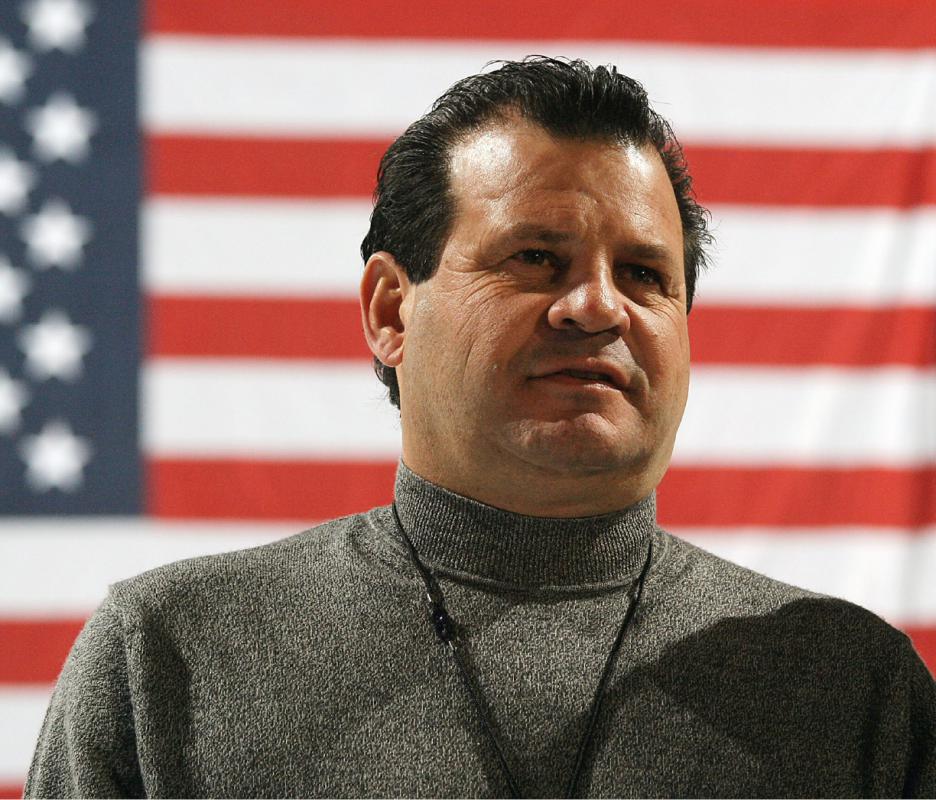 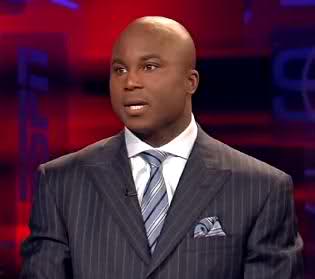 Qadry Ismail with Zach and Chase on Ray Rice. 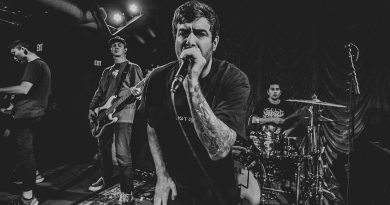 PHOTOS: Counterparts at The Foundry