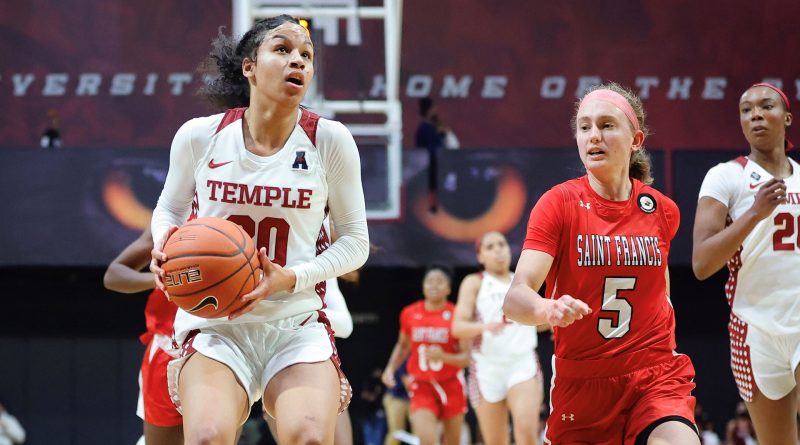 With nine new players joining the roster for the Owls, one of the most frequently asked questions was if the new players would be able to come in and produce right away.

The question was certainly answered tonight as Temple used 12 different players to take down St. Francis 73-53 at McGonigle Hall on Tuesday night.

Of the new players, graduate transfer Jiselle Thomas made the most glaring impact on the court against St. Francis.  She led the team in scoring with 20 points, shooting 7 of 11 from the field.

Jiselle played with an aggressive nature on the court but it felt as though the entire team came out and played with a sense of urgency as well, rushing to the opposing ball handler and getting in their space to force a turnover.

St. Francis turned the ball over 28 times but Temple was only able to convert those into 26 points.

“I felt like we were a step slow, we could have gotten in the passing lanes a little more and get easy transition buckets,” Cardoza said.

Tiarra East is another new addition that came in and made an impact right away, the freshman guard came in and scored seven points in fifteen minutes, she also found herself working hard down low as she led the team with three offensive rebounds.

“Tiarra came in and really gave us a boost, her energy level was great,” said Cardoza.

The freshman transfer Caranda Parea’s presence on the court gave Mia Davis the opportunity for space where she went to work. After a slow first half where she only totaled four points, Davis accounted for 14 second-half points on 6 of 8 shooting from the field.

“We were trying to get Mia touches, and it was hard, I felt like when Caranda (Parea) came into the game, she opened it up and was able to look inside and get Mia more touches,” said Cardoza.

It’s hard to ask for a better group effort and team win then the one Temple presented on the court. Players stepped up for each other, one of which was freshman Aniya Gourdine, who came in and played 10 minutes at the point when Jasha Clinton was on the bench.

Clinton struggled from the field scoring four points on 1 of 7 shooting. She committed four fouls as well which limited her to only 25 minutes on the court, which is eight minutes fewer than her season average last season.

The Owls will look to maintain success as the non-conference schedule continues on Friday. Temple is scheduled to travel down to Florida to square off against a Florida Gulf Coast team that won its first game of the season 105-41 over Florida Memorial.

Best Moments of Temple Sports Hour for the Entire Semester 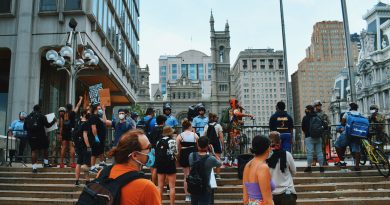 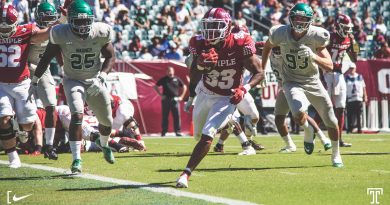