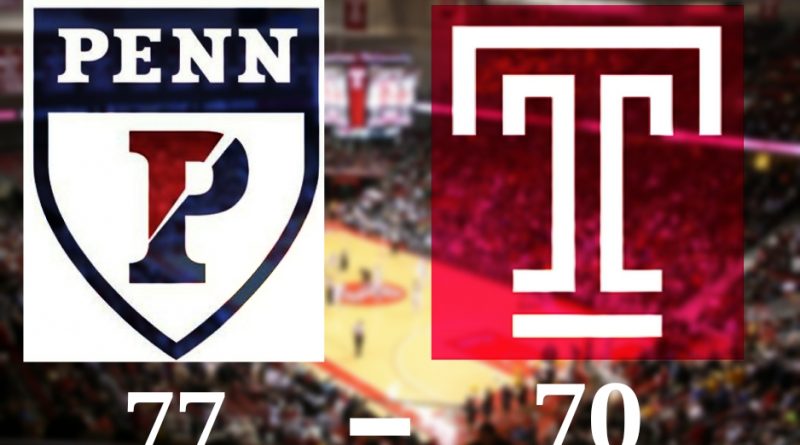 Temple Coach Fran Dunphy’s former assistant coach at Penn, Steve Donahue, lead the Quakers to a 77-70 victory over the Owls at the Liacouras Center.

It was an emotional pit-stop on the Fran Dunphy farewell tour playing against his former assistant coach and longtime friend.

“I knew it wasn’t going to get any better,” said Penn Head Coach Steve Donahue about working under Dunphy. “The guy has no ego. He trusts you, he allows you to grow and I’m just really lucky.”

Penn’s Jakub Mijakowski separated himself from the rest of the Quakers on the stat sheet coming up big early on. He tallied 14 points on four 3-pointers, all of which came in the first half.

Temple big man Ernest Aflakpui was a huge reason the Owls were able to keep the game competitive throughout. In addition to pouring in a career-high 21 points, he added a career-high 15 rebounds. Aflakpui displayed a competitive mindset on the glass to keep possessions alive for the Owls pulling in seven offensive boards.

It was back and forth the whole way but Temple was unable to maintain a run long enough to take the lead. Each time the Owls got some momentum, Penn matched it with a 3-pointer or a breakaway basket.

The matchup nightmare entering the contest was junior Quaker A.J. Brodeur. He was able to tally 16 points but more importantly was the foundation of Penn’s offensive success. They often ran sets through him at the high post to either have Brodeur back down a defender, work off a screen, or kick to the corner for a jump-shot.

Penn’s Jake Silpe had just six points on two 3’s but they were both incredibly important. The second one was a dagger coming at the expense of Temple’s late game surge in the final minute of regulation.

“He’s what college basketball is all about, he never got down, he kept plugging away,” said Dunphy in praise of Silpe.

Temple played well in stretches and was able to find different ways to score but Penn played a stronger 40 minutes which propelled them to close out the victory.

The Owls will take this game as a learning experience and move on to facing Memphis and Cincinnati next week. Two games that could surely boost their March resumé and give this team some confidence moving into the final stretch of the regular season.

WHIP’s Player of the Game

Jakub Mijakowski was the spark plug that Penn needed to ensure a road win on North Broad Street. He knocked down four 3’s and added 2 rebounds to alleviate some pressure from the Quakers’ star player, AJ Brodeur. Post-game, Mijakowski received praise as a guy that works hard in practice and earns his minutes in games. He shows potential as a guy that could step into a much bigger role for this Penn team moving forward. 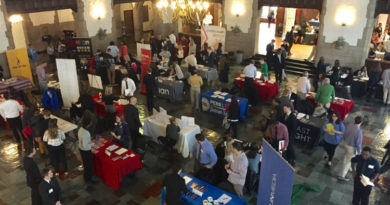 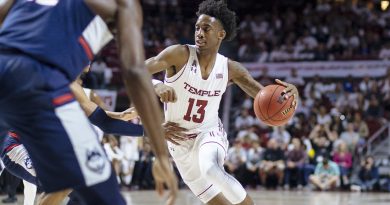