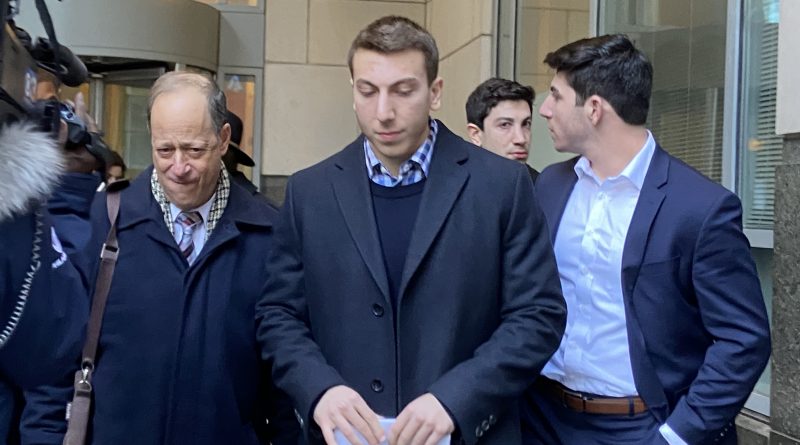 This story mentions sexual assault and related topics that might be upsetting for some readers. WHIP Radio does not name victims of sexual assault without their consent.

The trial of Ari Goldstein, former president of Temple University’s Alpha Epsilon Pi chapter, opened on Wednesday with testimony from the two women he allegedly sexually assaulted in 2017 and 2018 at the fraternity’s house.

The first woman testified that Goldstein invited her to the fraternity house on the corner of Broad and Norris Streets in November 2017 on the night he allegedly assaulted her, recalling that they had previously had consensual sex. While they were having sex, she alleged that things became “scary” when Goldstein put his arm on her chest and pushed his hand down her throat, bruising her collarbone and arm. She repeatedly told him to stop and he briefly complied. However, he then allegedly began forcing her to perform oral sex on him by pushing her head to make her continue despite her repeated protests and sobbing.

She testified that Goldstein texted her an apology the next day in which he said he had blacked out and would “never intentionally do anything to hurt you.”

“I suffered a lot after that, mentally,” the first woman said. “I was just trying to forget everything that had happened.”

The second woman testified that Goldstein invited her to smoke marijuana in his room with him after a party at the fraternity house in February 2018. She said that Goldstein allegedly grabbed her wrist and pushed her onto a couch in his room and said, “Why else would you come upstairs with me?” She alleged that Goldstein restrained her by holding her hands above her head while kissing her, despite her attempts to resist by moving her head away.

“He kept shushing me and laughing,” she testified.

She alleged that Goldstein dug his knee into her thigh and pushed her upper body onto him, thrusting his hips toward her face and pushing her head towards his crotch. Then, she testified that he told her, “I know you want to do this,” and to never tell anyone about their encounter. She said that she found a bruise on her thigh the following day in the spot where Goldstein’s knee had been.

According to Wynkoop, future witnesses will include a person who saw the second woman exit the fraternity house after the encounter, and a friend and Alpha Epsilon Pi member who spoke to and exchanged text messages with the first woman about the alleged assault. In addition to this, a lead investigator on the case and a Temple Police Officer who filed the first report will testify.

Wynkoop’s opening statement revolved around the phrase “no means no,” saying that, “To the defendant, no means anything but.” In particular, he argued that Goldstein consciously resisted the women’s pleas for him to stop.

However, the defense told the jury they will prove Goldstein is a “decent citizen” throughout the trial and that good character is a reason to find him not guilty. In his opening statement, de Marco presented both alleged assaults as misunderstandings between Goldstein and the women, arguing that the “hookup culture” on college campuses has made it difficult for young adults to fully understand consent.

De Marco added that if this case could be given a title, it would be “sex, drugs and rock and roll gone wild.”

Goldstein, now 23, was arrested and charged with rape, sexual assault, false imprisonment and 11 other sexual assault-related charges in August 2018. Both women attended Temple at the time they alleged Goldstein assaulted them.

Temple’s chapter of Alpha Epsilon Pi was removed from campus in November 2018 due to reports of excessive alcohol use and possible sexual assault, The Temple News reported.

Ari Goldstein’s defense team wasted no time examining witnesses on Thursday, marking the end of witness testimony for the trial and setting the stage for closing statements to be made on Friday.

The trial resumed with the prosecution first calling Mitchell Pisarz, a 2019 Temple graduate who is friends with both Goldstein and the first woman. Pisarz served as Alpha Epsilon Pi’s vice president and Jewish life chair during Goldstein’s tenure as president.

Pisarz testified today that, in 2017, he and the first woman met at the Draught Horse on Cecil B. Moore Avenue near 15th Street before attending a party at the fraternity house, according to The Temple News. During the party, Pisarz said that he did not recall seeing the first woman until he visited her house in the early hours of the morning after the party ended. Although he said the first woman seemed “slightly upset,” Pisarz testified that she did not explain why until she described the assault in a message exchange later on Snapchat.

“I just wanted to check in with my best friend and see if she’s okay,” Pisarz testified.

“I’m trying to figure out if this could be considered the R-word,” Pisarz said in one message during the exchange.

Pisarz testified that he confronted Goldstein after his Snapchat exchange with the first woman, alleging that Goldstein “seemed in shock” and asked “What am I supposed to do?” In response, Pisarz said he told Goldstein to send an apology to the first woman, which he did.

Pisarz testified that he is still friends with both the first woman and Goldstein. “I view her as a sister and I would love him as a brother,” Pisarz said.

After this, the prosecution called a second witness to testify: Casey Miller, a junior art therapy major at Temple and friend of the second woman. Miller testified that she attended the February 2018 party at the fraternity house with the second woman, and recalled Goldstein asking the second woman to smoke marijuana with him in his bedroom.

“She looked extremely frightened,” Miller testified. “Her eyes were big like she saw a ghost and terrorized like she just wanted to get out of there.”

Miller said that the second woman did not tell her about the details of the encounter until over a week after it occurred. “I didn’t want to push her or push my boundaries,” Miller said. “Everyone copes differently.”

Additionally, Miller testified that the second woman had an anxiety attack after seeing Goldstein on campus.

The third witness to testify on Thursday was Edward Enriquez, a detective in the special victims unit of the Philadelphia Police Department. Enriquez testified that he issued search warrants for the fraternity house and the home of Goldstein’s parents that allowed him to investigate Goldstein’s computer and phone.

By searching through Goldstein’s phone, Enriquez said that he found that Goldstein had searched “indecent assault” and “is indecent touching sexual assault” on Google on April 20, 2018. Enriquez said that Goldstein made eight total Google searches about the nature of sexual crimes, and that these searches occurred on the day that Temple sent Goldstein a letter to notify him of the sexual assault allegations made against him. The searches occurred two months before the investigation into the second woman’s allegations began in June.

When the second woman described the alleged incident, Silverman testified that she only told her that she went upstairs to Goldstein’s room and that the encounter began as consensual before she ran out of the room.

De Marco then called a rapid-fire series of three witnesses to testify on behalf of Goldstein’s character, the crux of the defense’s argument. Witnesses included Goldstein’s sister Julie; Eric Taskin, Goldstein’s childhood friend; and Richard Stram, a doctor and family friend who has known Goldstein for his whole life. All three testified that Goldstein is a “decent, law-abiding citizen.”

FEBRUARY 14, 2020: PROSECUTION AND DEFENSE MAKE CLOSING STATEMENTS IN GOLDSTEIN TRIAL | Jury deliberation commenced this afternoon and has yet to reach a verdict.

As the trial of Ari Goldstein resumed on Friday morning, both women he allegedly sexually assaulted sat hand-in-hand on the bench while listening to the closing arguments presented by the defense and prosecution.

The defense team’s closing argument revolved around reminding the jury that a conviction hinges on Goldstein being guilty “beyond reasonable doubt.” De Marco urged that the evidence presented does not surpass that threshold, and additionally encouraged the jury to view both allegations as separate cases.

“You’re talking here about a man’s freedom,” said de Marco. “This is a world of rampant sex, drug use and drinking. Some of the things I say you might find offensive but I’m not trying to be.”

The two women who made the allegations began crying during the defense’s closing argument.

“[The two women] wanted to make a show out of this for some reason… maybe for a cause,” said de Marco. “We all know in the world we live in, as adults, ‘no’ has many shades of gray.”

The prosecution explicitly combatted this comment during its closing argument. “There are no shades of gray here,” said Wynkoop. “There is nothing left to anyone’s imagination. Today, [the two women] are enough.”

In particular, Wynkoop argued that Pennsylvania law says that the two women’s testimony provides enough evidence to justify a conviction. Goldstein rolled his eyes in the middle of the prosecution’s closing argument.

Pennsylvania categorizes sexual assault as a second-degree felony and defines it as an incident in which a person engages in sexual intercourse or deviate sexual intercourse with a complainant without the complainant’s consent. Indecent assault, however, can be graded as a first-degree misdemeanor, second-degree misdemeanor, or third-degree felony. The primary factors that influence these variations are if the offender used forcible compulsion and the age of the victim.

Jury deliberation commenced at approximately 1 p.m. and they have yet to reach a verdict. Deliberation will resume on Tuesday morning.

The jury delivered a split verdict on Tuesday afternoon in the sexual assault trial of Ari Goldstein, the former president of Temple’s chapter of Alpha Epsilon Pi.

Goldstein was found guilty of attempted sexual assault, attempted involuntary deviate sexual intercourse and indecent assault in connection to an incident with a fellow Temple student that occurred in February 2018.

Additionally, he was found not guilty of separate charges of sexual assault, attempted involuntary deviate sexual intercourse and indecent assault in connection to an incident with a Temple alumna that occurred in November 2017.

The jury arrived at this conclusion on the fifth day of the trial, after having spent Friday afternoon and Tuesday morning deliberating. Judge Timika Lane set his sentencing hearing for May 4, 2020. 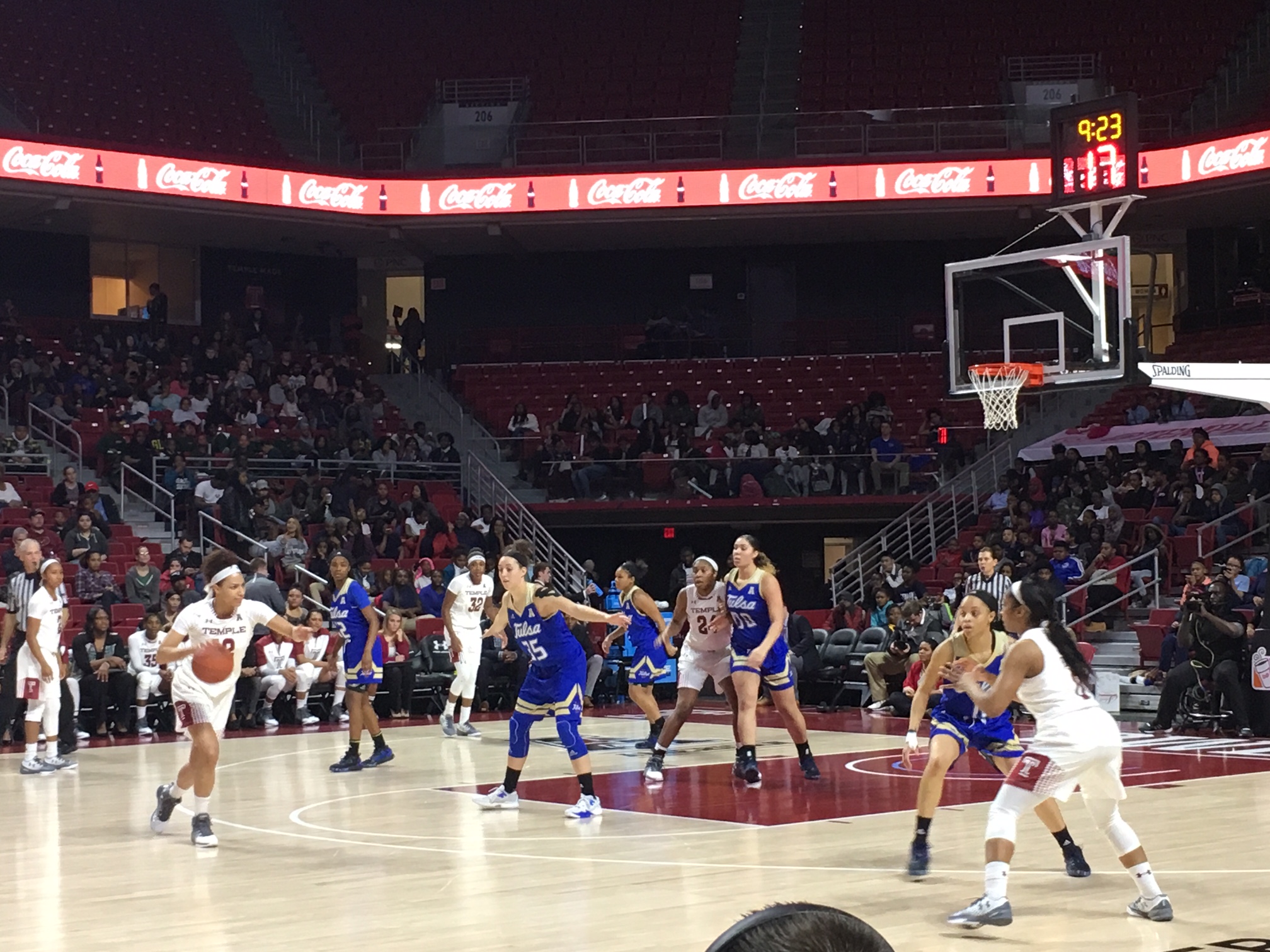 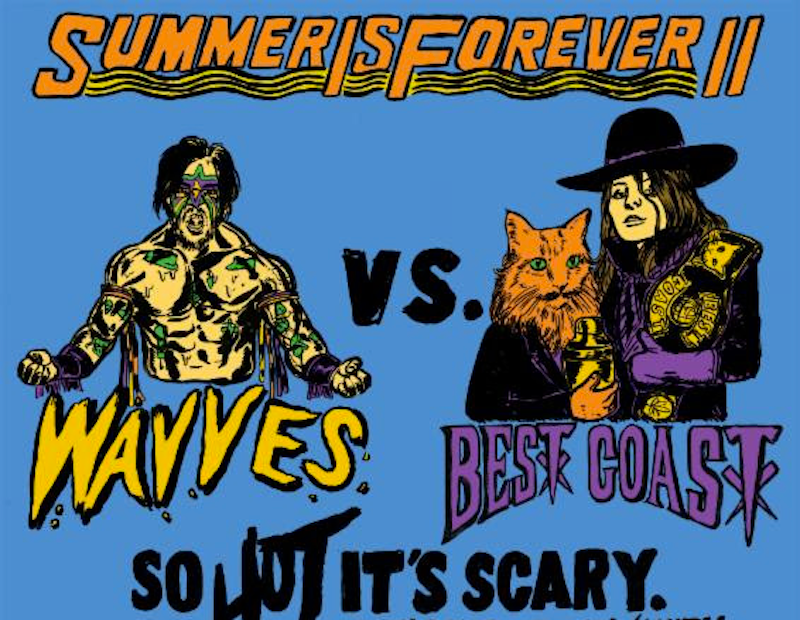