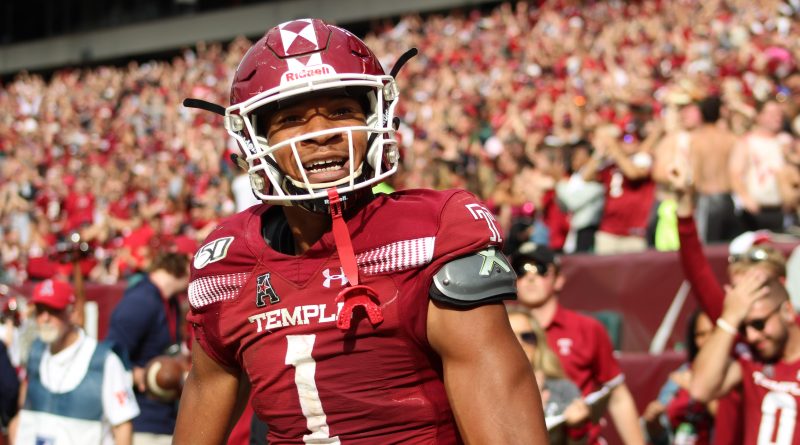 For the first time in school history, Temple football has defeated two ranked teams in a row.

The Owls (5-1, 2-0) used a quick start on offense, opportune defense and a career day from wide receiver Branden Mack to propel themselves to a 30-28 win over No. 23 Memphis (5-1, 1-1) at Lincoln Financial Field on Saturday.

Mack recorded 125 receiving yards on a career-high nine receptions while the Owls scored on each of its first five offensive drives and forced four turnovers on defense.

Sophomore wide receiver Branden Mack stepped up in a big way. Mack led the team in yards and caught one of two touchdown passes thrown by quarterback Anthony Russo.

Mack’s career-high nine catches included a 38-yard reception on the first drive — which allowed the Owls to score three plays later  — and a game-sealing touchdown reception in the final quarter.

With 12 minutes, 48 seconds remaining in the fourth quarter, Russo threw a 12-yard back-shoulder fade touchdown to Mack to extend the Owls’ lead to 30-21.

“We’ve been staying after practice to work on that fade ball,” Mack said. “I told [Russo] how I like it if they’re playing me a certain way and he threw it the right way and I just happened to make a play.” Mack said

Mack’s size combined with his versatility as a route runner is what makes him a reliable target in the passing game, Russo said.

“We like him as a matchup every week,” Russo added. “The thing that people don’t realize about him is they think since he’s so big that he can only run a certain amount of routes but he can run everything … he’s such a great player and he works relentlessly.”

Temple’s defense allowed a season-high 492 yards, including 346 through the air, but came up big when it mattered the most.

The Owls defense forced four turnovers which included three fumbles and an interception. Temple capitalized by scoring 16 points off the Tigers’ miscues.

“Overall it’s a good win,” Head coach Rod Carey said. “Our kids stuck with it and fought. Second half they came out and got two touchdowns and our defense stiffened up at the correct time”

Memphis marched down the field on a 75-yard drive that lead to cut Temple’s lead to 30-28 with 9:58 in the fourth quarter.

After the Owls failed to score points for the rest of the game, Temple’s defense stood tall and didn’t allow the Tigers to enter field goal range on their final two drives.

On a fourth-and-nine with under five minutes to go in the game, Memphis quarterback Brady White connected with wide receiver Joey Magnifico, which at first was ruled a catch and a first down, but upon review, the play was an incomplete pass.

Following a Temple three-and-out, the Tigers had one last chance with 48 seconds to go, but the Owls’ defense stayed strong.

After the game, Hand — who finished the game with an interception and two tackles for a loss — said that Temple’s ‘do or die’ mindset is what brings out the best in the defense.

“It’s like an adrenaline rush it’s something we are all just built for,” Hand said. “We always do situational drills in practice … I think it’s just the Temple tuff in us … once we know that it’s either here or go home we’re here.”

“We won the turnover battle and we won the rushing battle,” Carey said. “Those two things for us offensively and defensively … I wouldn’t look at this through the lens of our defense had a bad day I’d say they played a pretty good offense.”

Fast and Furious from the start

For the fourth time in five games this season, the Owls scored on their opening drive.

After failing to put up points on their opening drive against East Carolina, Temple wanted to control the game early, Carey said.

The Owls came out and did just that.

Senior running back Jager Gardner capped a 10-play opening drive with a 1-yard touchdown run to give Temple an early 7-0 lead.

Memphis would turn the ball over on three consecutive possessions in the first quarter after the early touchdown, and Temple made them pay.

The Owls came away with points following each Memphis turnover. Will Mobley would drill field goals from 31, 29 and 44 yards out to give Temple a 16-0 lead early in the second quarter. Mobley, who finished 3-for-3 on Saturday, improved to 7-of-8 on field-goal attempts this season.

Memphis clawed back with a touchdown pass from Brady White and touchdown runs from Kenneth Gaintwell and Kylan Watkins to bring it to 23-21 at halftime.

The fast start gave the Owls enough cushion to hold on for a 30-28 win.

Carey emphasised Temple’s ability to capitalize on the Tigers turnovers as a key factor in the Owls win.

“Those three field goals early … would’ve liked those to be touchdowns but our kids fought today,” Carey said. “We certainly had our offensive struggles but overall did what we wanted to do which was to control the game and lead the entire game … that’s a winning recipe.”

The Owls will continue conference play when they travel to No. 21 SMU on Oct. 19 for a 3:30 p.m. kickoff. The game will be Temple’s third matchup against a nationally ranked opponent.

Unable to Convert in Overtime, the Owls Pick Up Their Third Draw in Five Games. 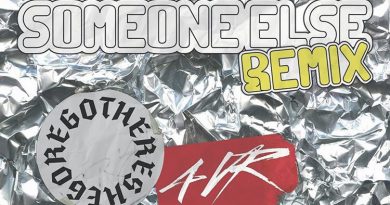 SINGLE REVIEW: “Someone Else (Remix)” by Rubber ft. regothereshego & 4VR