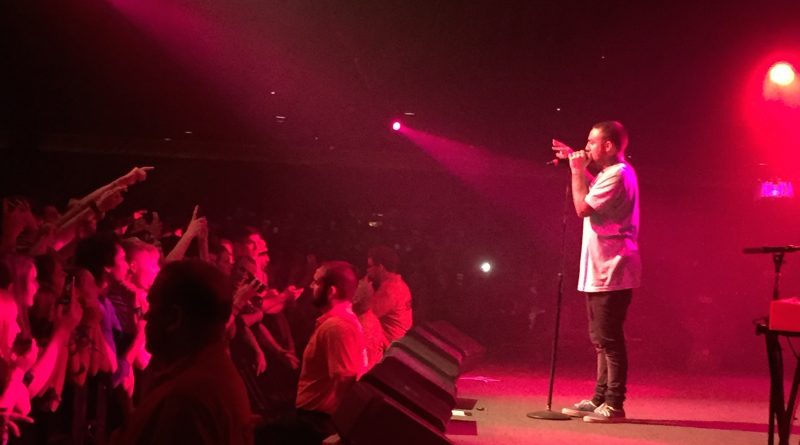 Update 9/15/18 – The Most Dope Celebration, the two-hour Mac Miller Tribute on WHIP Radio, is now on YouTube

Every music enthusiast has their favorite artist. It could be for a variety of reasons – your favorite song is by them, your significant other got you hooked onto them, or you just like their style.

But for some fans of a particular artist, it holds a much deeper meaning that goes beyond popping in your headphones and hitting play.

Mac Miller started taking his dream seriously when he was 15 years old at Taylor Allderdice High School in Pittsburgh, Pennsylvania. He rarely showed up to class, instead, he would cut class to focus on his rap career. He rose to fame from his mixtape K.I.D.S. in 2010. Like millions of other kids around the country in high school, I found myself listening to him after finding him on YouTube. Once I heard Senior Skip Day, and Good Evening I found myself skipping my traditional music that included Drake and Lil Wayne, and listening to nothing but Mac.

As I got older, my love for Mac Miller only grew stronger. It seemed like was one of the few students in my school that even knew who he was and listened to him religiously. My friends would associate Mac Miller with myself, and vice versa. If there was a new Mac Miller song coming out, it was sent to me after I already listened to it about 100 times. His iconic mixtape Macadelic, spawned its own tour because of how incredibly popular the mixtape was. Senior Skip Day was my alarm clock every single morning my senior year of high school. I would tweet about Mac Miller all the time, and I only wanted to see him for my first concert. I finally got to live that dream in 2015 and see Mac Miller live in concert.

But my love for Mac Miller became the strongest in the fall of 2016. I found myself in a severe dark period in my own personal life. I was diagnosed with severe depression and anxiety. I was fighting to get through each day – and some days, I did not want to wake up and experience a new day. I was seeing multiple health professionals, talking to a handful of individuals, taking medicine, and doing whatever I could to get out of this troublesome period.

I did not feel like the Michael that everyone else knew. I was not happy within my own self anymore – my life was losing its color and everything was becoming black and white. I would participate in clubs and activities as normal, go to class, hang out with my friends, and try and live my once normal life. But things were far from the same – and my friends started taking notice. When dealing with anxiety and depression, it is a challenge just to figure out how to explain to anybody what is going on inside your own head.

I would walk around campus with my headphones on listening to music not to enjoy the music, but just to cancel out the rest of the world. I did not want to go to work. I did not want to even go on-air with WHIP Radio anymore – a place that I looked forward to every day to spread my own positivity on air and make others feel good. I wanted to switch my major out of journalism and find a new place to start. I even spent multiple weeks entertaining the idea of leaving Temple University altogether – the place that I’ve dreamed of going to since I was just four years old.

But I had an outlet that helped me cope with all of this negative energy, and it was in my pocket all along. Mac’s music would always help put a band-aid on a wound that seemed to need stitches to fix. I knew almost all of his songs and albums, cover to cover, in a matter of weeks. I found brand new rejuvenation, and a new meaning in my own life thanks to his creations. In my time with his music, none of his songs ever sounded “worn-out” or “too old”. They always sounded so fresh, and every time I would listen to his music, I felt that hope was around the corner. His lyrics are what held mend the wounds that my life was scarred with. I loved Mac Miller since my early high school days, but his music spoke to me in a way that no other artist could ever. I felt that Mac Miller was personally speaking to me in his music. I never had this deep connection with any artist before – but I felt that I knew who Mac was personally, even though physically I never had the chance to meet him.

“No matter where life takes me, find me with a smile / Pursuit to be happy, only laughing like a child / I never thought life would be this sweet / It got me cheesin’ from cheek to cheek.”- “Best Day Ever”

But it was not just me who felt touched my Mac Miller and his work. A few fans wanted to share their personal story.

Gionna Palumbo – “I started listening to Mac Miller in the summer of 2014. When Divine Feminine came out, I listened to that album, no exaggeration, every day, for over a year but NOTHING sealed the deal more than December 2016 when I finally got to see him in concert. It was, absolutely euphoric. When he dropped Swimming, I felt like the whole album was just for me. It doesn’t feel real. He said once in a song “Dear people on earth after I die, what’s the weather like?” The sun has not been out since BEFORE the news broke Friday, the clouds, have been crying every. single. day. The world is hurting, I haven’t felt right in days. I decided I wanted my wedding song to be Best Day Ever, and I decided I wanted to get my first tattoo in honor of him so he’s with me forever.”

Shannon McGlinn – “Every piece of work he has ever produced has been a different puzzle piece in his evolution as an artist,

musician, and human. All of his albums have changed in style, yet stayed consistent with his life at the time. I could relate and connect to the energy he always genuinely, wholeheartedly gave to his listeners. He truly earned a spot as his own genre of music. I’ve made multiple strong friendships through his music. I’m so immensely grateful that I took the step to meet him December 14, 2016- a day I’d never expect to be the last time I’d see Mac Miller live again. He was just as sweet and genuine face-to-face as he was through the music. The tears will dry soon, but this death will always hit deep for me. He left this world too soon, but he is in a better place now, and he blessed us with tons of golden music that we can continue to appreciate timelessly.”

Ally Shiffler – “Mac was my first love, I obsessed over him, his music, and his love for all people. I even saw him in concert at the House of Blues in Atlantic City. I idolized him. There were so many defining moments of my childhood and even in my life now that revolved around his music and this will never stop hurting. It was always Mac Miller. Blasting his songs in the car and at parties and even just hanging out. No matter what kind of day I was having it wouldn’t even matter he was playing through the speakers.”

Kyleigh O’Brien – “Mac Miller has always been my favorite artist. I started listening to his music at a young age, and never got tired of it. His music style was always revolving and I loved his chill tone. His music always got me in a good mood and I would listen to it nonstop. He was unlike any other artist I’ve heard before. Mac incorporates his real-life situations in some of his music. The experiences he rapped about in his music related to things I was going through.”

It was not just his music – it was who Mac Miller was as a person. He enjoyed life so euphorically. He was always dancing, always making music, always doing silly actions and faces when a camera was on him. This was a man who legitimately enjoyed his life, and treated every day as if it was the Best Day Ever.

As Mac was preparing to go on tour, it breaks the hearts of fans to see that, after much excitement on Twitter, we will never get to see what the Swimming Tour holds. For many of his fans, it is not just the loss of an artist, but a friend. Social media has been an outcry of support, love, and memories of Mac Miller. Many students in college now found Mac Miller during his earlier days, and are reminiscing in his work today.

But for those fans who found a deeper love for Mac Miller as myself, we lost a part of our lives. We did not know Mac personally, but it sure felt like we did. He never had a problem expressing himself in his music. We’ve heard him rap as if he was going to dethrone Eminem, we’ve heard him sing from the heart in The Divine Feminine, to his own personal demons, and self-love in Swimming. Mac opened the door into his life, and everyone was invited in.

Mac Miller – Thank you. For being the soundtrack to not only my childhood but to millions of others. Thank you for being a glowing light of positivity and happiness to those around you. Thank you for giving us music that we will carry for years to come. But most importantly – thank you for helping those like myself – who found comfort and love in your music.

I wish I could have had the chance to thank you personally – for pulling not only me, but other fans for helping us through our darker times, showing us that sunshine was always coming after any storm.

You have forever changed my life – in a way that only you will ever understand.

If you or a loved one is suffering from addiction or substance abuse, contact the Substance Abuse and Mental Health Service Administartion National Hotline (Free, and Confidential, 24/7, 365) at 1-800-662-HELP (4357).

If you or a loved one is experiencing suicidal thoughts, contact the National Suicide Prevention Hotline at 1-800-273-TALK (8255).

This article is dedicated to Malcolm James McCormick 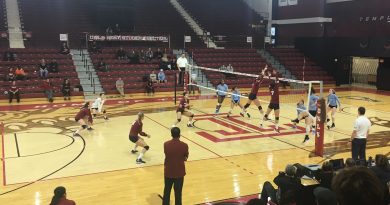 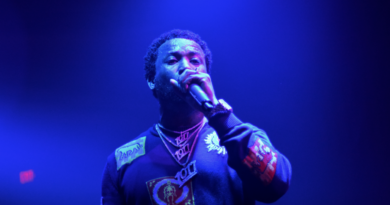 May 6, 2017 Ed LeFurge Comments Off on Gucci Mane @ The Electric Factory 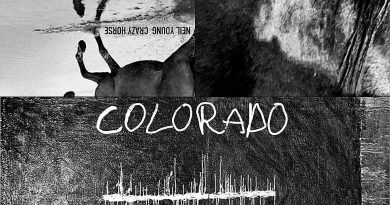