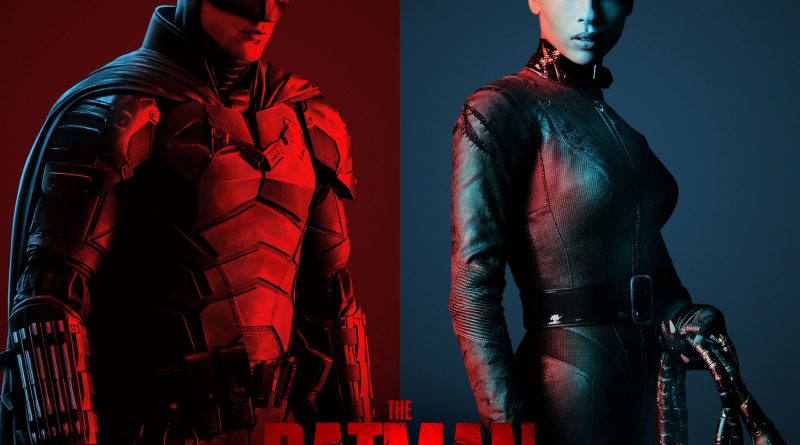 The Dark Knight is back in a faithful reimagining of the celebrated DC comic book character. Directed by Matt Reeves and starring Robert Pattinson, Zoe Kravitz, and Paul Dano, The Batman tells a story that is much darker than previous movies in the franchise. This film pits Batman against serial killer/terrorist figure The Riddler, while also having to face new developments in his personal life. The Batman is a noir before it’s a superhero film, diving deeper than we’ve ever seen before into Batman’s title as the world’s greatest detective. Supporting characters include Batman’s allies Alfred, Catwoman, and James Gordon, as well as a strong mob presence with Carmine Falcone and The Penguin.

“The real joy is going to come with sharing it with the fans who love it so much. Matt Reeves did an incredible job, he is the ultimate Batman fan,” Zoe Kravitz stated. “To have a film that’s made by Batman fans, for Batman fans, this is what it’s for, this moment right here.” Matt Reeves began working on the project in 2017, and is credited as director, writer, and producer. Reeves cited multiple Batman comic books that inspired various elements of the film. For example, Frank Miller’s Year One inspired the film’s tone and cinematics, Darwin Cooke’s Ego inspired psychological elements, and Jeph Loeb’s The Long Halloween gave the serial killer concept. Other movies Reeves was influenced by include The French Connection, Taxi Driver, and other 70s neo-noir films. I’ve found that the dreary environment of Gotham City and the disturbing themes of the story can also be compared to David Fincher’s Se7en. As Matt Reeves started putting the pieces of the story and characters together, the visual style and dark atmosphere came together naturally, he stated. The goal was to put the audience in the characters’ point of view, which was largely done through the sound design.

Reeves wanted to utilize sound to make the film more immersive to the viewer, yet subjective in how it may be experienced. Reeves himself also praised composer Michael Giacchino for his work on the score. The individual character themes in particular were well done, such as the suspenseful and mysterious droning of The Riddler’s theme, or Batman’s theme, which is melancholic yet bold (and sure to become iconic). Cinematographer Greig Fraser, known for his work on Dune and Rogue One, does not disappoint with artistic shots spread all over the film.

Reeve’s initial vision for Bruce Wayne began as a young and naive character that is still relatively new to fighting crime. Robert Pattinson’s take on the character comes off as much more reclusive, contrasting from the outgoing playboy that Bruce Wayne has been known to embody in the past. Clearly a more troubled and flawed character, Bruce Wayne feels as if it is his obligation to “fix” Gotham City’s problems with crime and corruption. He obsesses over this, to the point where the line between Bruce Wayne and Batman has become blurred. On the new iteration of the character, Pattinson stated, “Right from the beginning, there’s a desperation to it. He’s really working out this rage. All the fights seem very personal. He wants to inflict his kind of justice. He’s just compelled to do it. There is no other option.” Pattinson is the perfect fit for the role, offering a well-read and unique take on the legendary character.

Out of Batman’s allies, none is more recognizable than his butler, Alfred, played by Andy Serkis. Serkis’ versatility as an actor is deeply impressive, contrasting the proper, upstanding Alfred with his past roles like Gollum in The Lord of the Rings, or Ulysses Klaue in Black Panther. Selina Kyle, better known as Catwoman, is played by Zoe Kravitz in a performance that is one of the highlights of the film. Catwoman is a foil to Batman, challenging his black and white view of good and evil with her gray-area morals. Kravitz and Pattinson have excellent natural chemistry.

In fact, my only complaint about this rendition of the Batman-Catwoman romance is that there wasn’t enough time spent with the two of them together (despite the 3 hour runtime). Kravitz stated that this chemistry came easy, as Pattinson and herself are good friends in real life. This relationship is truly the heart of the story. Lieutenant James Gordon is a mainstay as one of Batman’s allies. Jeffrey Wright portrays the character, as seemingly one of the few good cops in Gotham’s police department. Wright described Gordon as “overwhelmed by the disintegration of the society around him.” He is driven to work with Batman out of desperation, despite the police department’s overall lack of trust in the vigilante.

Batman’s rogues gallery is as present as ever in this film, with some killer performances Paul Dano made for a disturbing take on The Riddler unlike anything we’ve seen before, especially not on the big screen (no shade to Jim Carrey, of course). The Riddler is a ruthless serial killer who targets Gotham’s elite, aiming to expose the corruption that plagues the city. As Dano put it, this Riddler cannot exist without this Batman. Complicated and compelling moral ambiguity between both characters makes for a hero-villain dynamic that isn’t so black and white. The Riddler has figured out Batman’s identity, and Bruce Wayne being who he is, a billionaire whose wealth was handed down to him, makes him the perfect target for The Riddler’s plots. He reveals some dark secrets about the Wayne family’s past that challenges Bruce’s understanding of his own reality.

The Penguin makes his return in this movie as a secondary villain, played by Colin Farrell. I found Farrell’s performance to be thoroughly entertaining, even offering some comic relief (which I feel is necessary in a movie this dark and this long). I’m interested in seeing where the Penguin goes in his own HBO Max spin-off series. John Turturro plays Carmine Falcone, the boss of Gotham’s powerful mob. While this is very much The Riddler’s movie, Falcone’s presence as a villain is still felt deeply. Robert Pattinson stated, “In a Batman movie, every character must have a mask.” Turturro expanded upon this, stating that Falcone’s glasses symbolize his mask, as the character does not want the people of Gotham, Bruce Wayne included, to know his true role in the city.

On March 4th, 2022, buckle up for a film riddled with action, mystery, and drama, as The Batman comes to a theater near you. 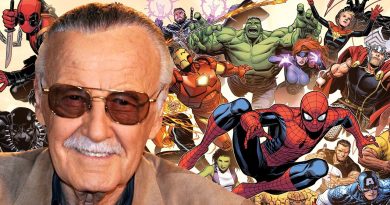 “The Man”, The Myth, The Legend: Stan Lee 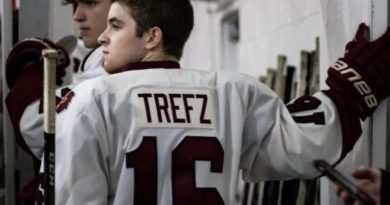 Memoirs of Our Brother