In his song, “Empathy” that dropped on Wednesday, Mensa raps about working on his empathy and trying to become a better person without creating unnecessary controversy. “I was just keeping it a stack, but all of my good intentions turn into bad press.”

Mensa addressed the domestic violence incident during a 2016 interview with the Breakfast Club, apologizing for his actions and stating that he learned from the experience. On Empathy Mensa also seemingly addresses criticism of him being an imperfect messenger, “I say what’s right, but they don’t hear me ’cause my past wrongs.” 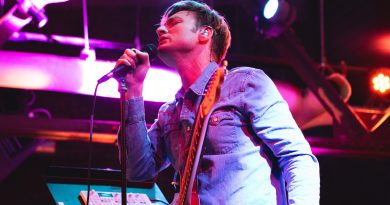 PHOTOS: Midnight & Ayokay at The Foundry