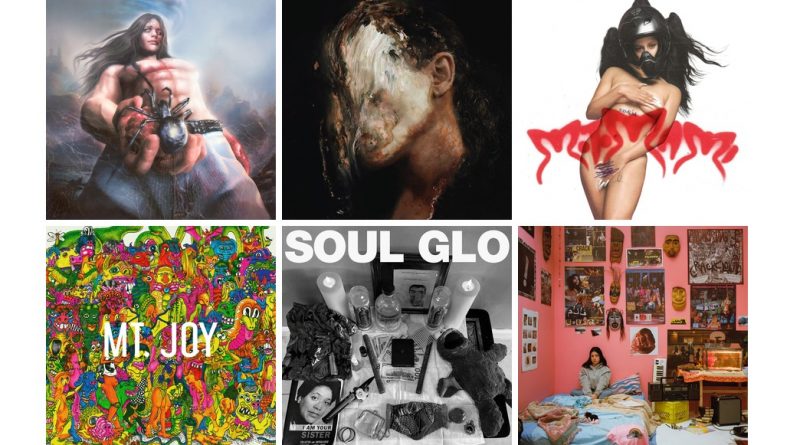 In the spirit of the season, WHIP Web Department Staff have picked out their favorite album of 2022. As a reminder, if you don’t see your favorite album in this article, it’s probably because it’s not good.

Soul Glo has never shied away from genre-bending, and on their March 2022 release Diaspora Problems, the Philadelphia hardcore brand takes it to the next level. The album is punk at its core, but with the metalcore-style breakdowns on “F*cked Up If True” and “GODBLESSYALLREALGOOD,” the spacey synth intro on “(Five Years And) My Family,” and the full-blown hip hop banger “Driponomics,” Diaspora Problems is so much bigger than any genre classification can accurately describe. Each song is louder and more chaotic than the next, and despite its nearly 40-minute run-time, an epic by hardcore standards, there isn’t a single dull moment. Soul Glo pairs their hard-hitting instrumentation with even harder-hitting lyrics. Whether he’s critiquing capitalism, telling stories of generational racial trauma, or rapping about designer brands, the band’s lead vocalist Pierce Jordan spits every expertly crafted bar with extreme passion. Diaspora Problems is simultaneously adventurous while still sticking to the sound that put Soul Glo on the hardcore map. – Jake Zook

Rosalía’s third album, MOTOMAMI, is an exceptional follow up to previous albums El Mal Querer and Los Ángeles. Just like its predecessor, MOTOMAMI blends elements of traditional flamenco, reggaeton, and dembow to create a completely unique sound that showcases her broad range and musicality. With hit singles “SAOKO,” “CANDY,” and “LA FAMA,” Rosalía was able to separate herself from other artists in the Latin Pop genre, while also cementing herself as a powerhouse in the Spanish-speaking world. – Olivia Roque

Crack Cloud’s Tough Baby is a Gospel Electronic Rock Post-Punk fanfare that expresses living and breathing in the heaven and hells of a single day, week, month, or life. The musical equivalent of walking through wounds, the listener steps into vocalist Zach Choy’s expressions of his anger, adolescence, and mystic theatrics which all serve to highlight the complicated, nonlinear process of healing one’s trauma. The album is ripe with call and response, gospel choirs, sounds of the people and the streets, the clinking of money, the telephone, maniac laughter, the snapping of fingers, the noise of production and capitalist consumption; in other words, the constant, suffocating background chords of life. These frenetic landscapes of society juxtapose with slower arrangements like “Tough Baby,” occasionally offering a solemn release from the anxiety before it returns again. But ultimately there is resilience as we stroll on past the brain’s dark alleys, reaching the end of the album with the (faux) final track “Afterthought (Sukhi’s Prayer),” providing a dissociative happy ending to soothe modern suffering. An artistic feat, Crack Cloud’s Tough Baby was a radical bend for the Vancouver art rock/post-punk collective and successfully electrified listeners as a stand-out album this year. – Erika Cutaia

Bladee’s album Spiderr wrote a new chapter into what is already considered a storybook career. His most recent output proceeds to deliver more polished and matured tracks while continuing to concoct an eclectic sound that lives somewhere between Björk and Chief Keef. Executive producer Whitearmor creates drill snare fills and hi-hat patterns to populate the robust synth landscapes Bladee is released to frolic within. The album’s sonic atmosphere combined with its lyrical mix of ennui and pride allows Bladee to preach metaphysical ideals and find time to question his own sanity. Spiderr reads like a psychedelic fairytale scored by 808 bass punches, and that makes it one of the most euphoric releases of 2022. – Dylan Stevens

You Can’t Kill Me, the sophomore album from 070 Shake, conveys a sincere account of the push and pulls innate to romance and the uncertainty that comes along with it. Shake’s keening voice introduces the album through “Web,” featuring distinctive synth melodies that offer a refreshing take on her signature style. The supersonic mix of pop-rap R&B continues throughout the record to “Cocoon,” which raises the tension with a driving electronic beat blended into an echoing of “Why you didn’t grow? Now, I don’t know, It’s making me think that I was wrong, It’s making me so emotional.” Shake weaves static intricacies through the final tracks with the conclusion of “Se Fue La Luz” where she eventually relents, “I didn’t mean what I said, You won’t love me forever, But you won’t trust me again.” The album acts as a personal diary that showcases Shake’s restraint through emotional turmoil and delicately balanced chaos.  – Lindsey Hernandez

Orange Blood, Mt. Joy’s third studio album is uniquely mystical as it combines both folk and soul elements to formulate an incredibly beautiful collection of songs from this Philly-rooted band. Throughout their time as a band, Mt. Joy has experimented heavily with psychedelic-infused folk, which made this album such an exciting listen for me. The switch in feel from sultry tracks such as “Don’t It Feel Good” to head-bopping jams such as “Evergreen” feels authentically hippie. The strong acoustic influences in every track are what I believe make this album such an easy-going and fun listen. I specifically had the title track of the album, “Orange Blood,” on repeat as it takes you through a rollercoaster of emotions through its sonic variation. Overall, this album was an incredibly well written and energized piece of art containing a culmination of different music genres that inspired its creation.  – Eva Agabegi

On her sophomore album, Barrie ditches the lush exterior of 2019’s Happy To Be Here, reintroducing herself as a solo artist. Bandless and self-produced, Barbara is a personal mission statement of love and loss. With bittersweet honesty, Barrie reconciles the sadness of her father’s worsening condition with the joy of meeting her now-wife, Gabby Smith. The superfluous eccentricities of details like “Just wanna move to Virginia, get a dog and a house with a human name” (“Frankie”) compliment simple repetitions like “I can’t get enough of you” (“Dig”). As you step into Barrie’s world, Barbara becomes both intensely personal and undeniably universal—storytelling at its best. Musically, this sentiment is reaffirmed. Each layer clings to its own identity, even when playing or singing in unison. As with pointillism, the greater picture is dreamt from its parts, each splash of color flashing its own story—the story of Barbara Lindsay, torn to bits and reassembled. – John Peterson 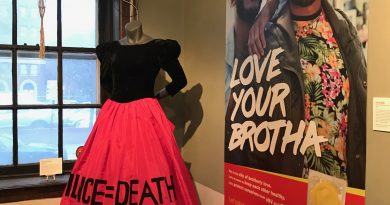 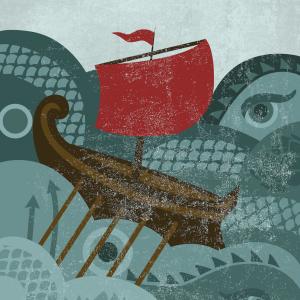 Brought to Life at Tomlinson Theater, Temple Presents ‘The Odyssey’