For the first time in eight years, Temple football has officially sold out Lincoln Financial Field in anticipation to the Owls’ season home opener against Penn State this Saturday (Sept. 5).

Both Pennsylvania schools have a football history that dates back to the 1931 season, where the Owls defeated the Nittany Lions 12-0 at Buery Stadium in Philadelphia. Although Temple was victorious in three of the first four series match ups during the 1930s, Penn State has not been on the losing end of the rivalry since 1941, and currently hold a winning streak against the Owls that has lasted for 74 consecutive seasons.

The Owls will host the Nittany Lions for the first time since the 2011, where Temple fell 14-10 in Week 3 of the regular season. Since that season, Penn State has defeated Temple twice in the last three years, with both games at Beaver Stadium in University Park.

Both programs finished with a record of 6-6 in 2014 regular season play, with Penn State as the only team to clinch a postseason bowl game. The Nittany Lions finished last winter’s campaign with a thrilling 31-30 victory over Boston College in the New Era Pinstripe Bowl, as Penn State quarterback Christian Hackenberg delivered a 10-yard touchdown pass to Kyle Carter as time expired.

Temple is coming off of three consecutive seasons without a bowl game appearance, and enter their third season as members of the American Athletic Conference (AAC). As the number of teams in the conference continue to expand, two divisions have been formed to separate eastern and western schools, as Temple will belong to East division, which also consists of East Carolina, Connecticut, South Florida, Central Florida, and Cincinnati. Due to the realignment, the inaugural American Athletic Conference Championship game will take place this Dec. 5. The home venue of the title game will be given to the division winner with the best record in AAC play.

P.J. WALKER, QB (TEMPLE): Walker enters his Junior season as the Owls’ starting quarterback, coming off a Sophomore slump of only 13 touchdowns and 15 interceptions in 12 games last year. In last season’s 30-13 loss against Penn State, Walker threw 17 completed passes in 38 attempts, but was responsible for four of the Owls’ five total turnovers. Walker is looking to reach 2,000 passing yards for the third straight season, while also hoping to surpass his 2,317 total passing yards recorded last year.

JAHAD THOMAS, RB (TEMPLE): Thomas will begin the season as the Owls’ featured tailback, in hopes of scoring his first collegiate touchdown via the ground game. Thomas recorded 384 total rushing yards in 2014, including 364 yards receiving in 12 games. Thomas’ most impressive performance was against Houston on Oct. 17, as he tallied in 150 receiving yards on three receptions in the Owls 31-10 loss. Freshman halfback Ryquell Armstead will own 2nd string duties behind Thomas in the Owls’ backfield.

PRAISE MARTIN-OGUIKE, DL (TEMPLE): Martin-Oguike was the premiere catalyst of forcing pressure to the opposing quarterback last season, as the redshirt Junior recorded 7.5 sacks of his own, the most among all defensive players. He was also placed 6th on defense for the most tackles (36), and will join Senior leaders Tyler Matakevich and Matt Ioannidis on an experienced defensive line. During training camp on Aug. 17, Martin-Oguike suffered a nagging hamstring injury, which has limited his availability over the past couple of weeks. He is currently listed as questionable for Saturday afternoon’s contest.

CHRISTIAN HACKENBERG, QB (PENN STATE): Hackenberg also enters his third season as the Nittany Lions’ quarterback, and is already recognized as a potential 1st-round pick in the 2016 NFL Draft next Spring. Hackenberg’s freshman season statistics showed promise, as he recorded 2,995 passing yards along with 20 touchdowns in 2013. His sophomore year showed an increase in total passing yards (2,977), but also a regression in touchdowns (12) and interceptions (15). Against Temple last October, Hackenberg completed only 12 of 26 passes, and failed to throw a touchdown in Penn State’s 30-13 victory. Hackenberg has experienced highs and lows, and will be heavily relied upon to lead coach James Franklin’s dynamic offense.

AKEEL LYNCH, RB (PENN STATE): After the graduations of two Penn State halfbacks, Lynch will serve this season as the premiere running back in his senior season at State College. Lynch led all Nittany Lions’ tailbacks with 678 rushing yards and four touchdowns in 2014. Lynch’s dominance was shown against Temple last year, as he recorded his first career 100-yard rushing game, including a career high 130 yards on 18 carries. 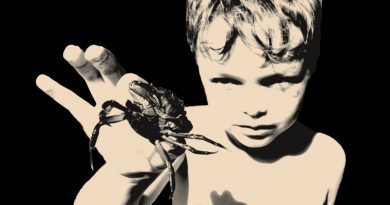 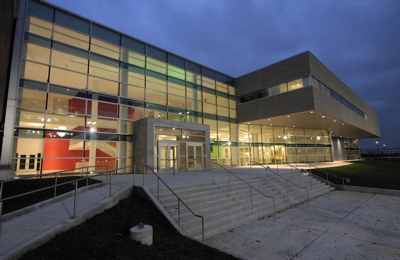