Welcome to Bitcoin, Bubbles, and the Blockchain. This is a weekly column focused on the world of cryptocurrencies and the future of digital capitalism.

As of today, there are nearly 1600 different cryptocurrencies, with a market cap of almost $260 billion. The line graphs on coinmarketcap.com, the dominating price checking site in the “cryptosphere” show a constantly rising and falling market, which begs the question: in the long run, who will make it out on top?

According to an interview with Bloomberg, Ripple CEO Brad Garlinghouse thinks that Ripple could be the one. Currently, Ripple has the third largest market cap at around $20 billion, right behind Ethereum, while Bitcoin sits comfortably in first with a market cap of approximately $116 billion.

“Some might look back on Bitcoin and find that it was the Napster of digital assets,” Garlinghouse said. “But Napster was the first to show that you can digitize music and that you can do a lot of cool things with that, but ultimately… the government stepped in and Napster wasn’t successful. But Spotify, iTunes, Pandora, they were very successful. I think what you might find is that the next generation of digital assets ends up solving some of the original problems that Bitcoin set out to solve.”

The problems Garlinghouse is referring to is the extreme inefficiencies people around the world have with transferring currency between different borders. In the centralized economy today, it can take hours, sometimes days to send money from the United States to Mexico, and companies and individuals are often charged high fees. But, with Ripple, and other cryptocurrencies, the transaction can be made within 3 seconds, typically with lower fees.

XPR was in the top three cryptocurrencies with the best performance and market capitalization in 2017, and Garlinghouse credits that to the fact that they are solving real problems, all while working with the regulators and regulated institutions to eliminate uncertainty.

According to Garlinghouse, and other experts, the first step in promoting healthy regulation is educating regulators, bankers, and other financial institutions on how cryptocurrency actually works.

“The most important thing that is happening in crypto is understanding what is real, and what is just hype,” Garlinghouse said.

With all of the PR on both social media and major news platforms, many experts are waiting for the hype to die down so that the “true” importance and use of cryptocurrency and other blockchains can rise.

“The faster that we can shift from this fantasy that it is going to make you rich in a sort of 1920s Tulip Bubble way is the sooner we can, and I mean this in the most hopeful way, get into people disappointed in the blockchain,” said blockchain expert Finn Brunton.

Brunton hopes that after the hype dies down from the get-quick-rich scenarios that flooded social media at the end of 2017, people will start realizing that the true benefit to crypto its ability to make secure transactions of goods and services across borders. Then, Brunton says, it will become an integral part of people’s everyday lives.

Disclaimer: Investing in cryptocurrencies and other Initial Coin Offerings (“ICOs”) is highly risky and speculative, and this article is not a recommendation by the writer to invest in cryptocurrencies or other ICOs. Since each individual’s situation is unique, a qualified professional should always be consulted before making any financial decisions. Claire Halloran is or has recently been, a minor investor in cryptocurrency. 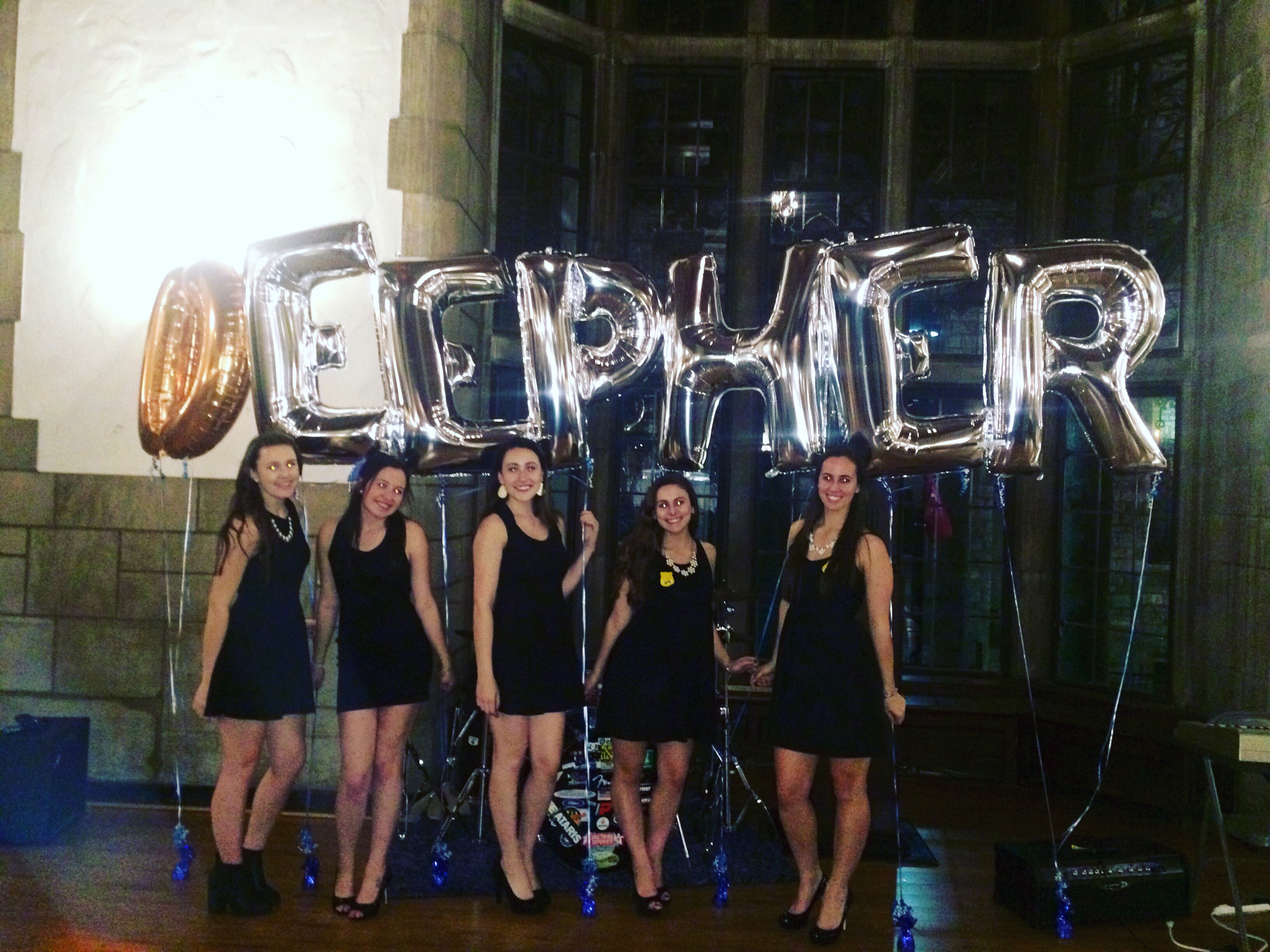 Delta Phi Epsilon pulls in the cash for a good cause