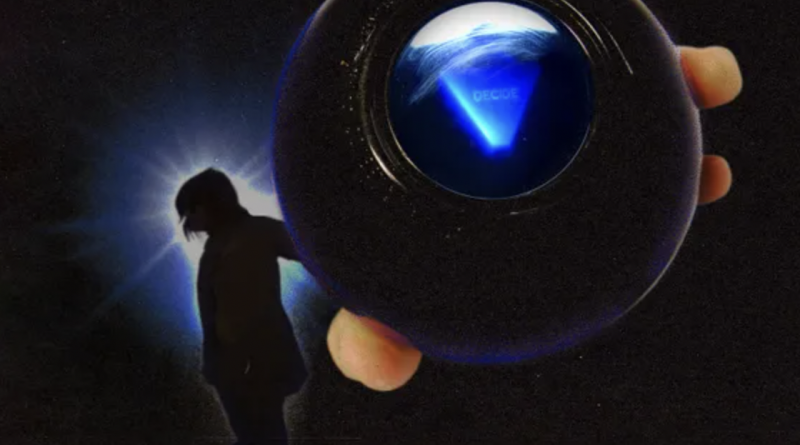 Djo refuses to pick a genre on his nonformulaic sophomore album, DECIDE. Djo is the moniker for actor Joe Keery, but don’t let that title mislead you, as this project solidifies Keery’s strong entrance into the music scene as a soloist. He is not just another actor dipping their toes into the industry. DECIDE is a synthy masterpiece with playfully self-aware lyrics that seem as though Keery is relaying the words of his personal diary to listeners. Before hitting play, I suggest you grab your headphones for optimal listening and prepare to be engulfed into the psychedelic dream world of DECIDE.

The techno-buildup of the opener “Runner” resembles a video game soundtrack in conjunction with its adrenaline inducing production. Meanwhile, the song prepares the listener for the ever-present thematic elements of the album that revolve around resurgence, improvement, and criticism of social media and fame the latter being a previously foreign concept to Keery until his breakout role as Steve Harrington in Netflix’s Stranger Things.

The song transitions cleanly into a Talking Head’s influenced ballad titled “Gloom.” The annunciation of the bridge resembles the new wave flare of David Byrne’s eclectic approach to melodic structure. Meanwhile, the obscene choice of words present in the chorus furthers that parallel.

As “Gloom” transitions into “Fool,” these quirks progress into making their way into production and sound engineering. You never know what you will hear next on this funky and futuristic track. Meanwhile, this artistic experimentation reaches its climax during “On and On.” Autotune, random soundbites and several instances of experimentation with beat layering continue to up the ante. Yet, Keery has successfully combined these foreign sounds to seamlessly work together in a Daft Punk-esque 4-minute package.

This song stands out as an ode to Keery’s previous involvement in the Psychedelic Rock band Post Animal. There’s a groovy bass guitar and several gnarly drum-fill sections. However, what stands out the most is the dedication Djo has to the growth of a beat. The dark and consuming buildup of the bridge seems to have taken inspiration from The Beatles’ A Day In The Life, with a crazed orchestral crescendo that might just reveal the meaning of life if we could ever corral and contain it. The lyricism reflects being consumed by the current digital age and scrolling “On and On,” coined by the term “doom-scrolling.” Djo takes this chance to indulge in some lyrical trauma dumping, expressing frustration over “fake news,” the repetitive rhetoric keeping victims in our prayers, and being manipulated by tech giants. The song closes out with a call to the abyss in search of finding love and yearning for the answers to “save our planet.”

The sixth track on DECIDE stands out as not only a fan favorite, but a personal one as well. Simply put, “End of Beginning” is damn catchy, and the chorus has been stuck in my head since this project dropped. The song has emotional notes that make me feel for Keery having to pack up and leave his hometown in search of the alleged promises that Hollywood has to offer. The synth piano reminds me of an 80s pop song combined with layered falsetto vocals. This song tugs at your emotions, especially if listened to with headphones, simulating you into the new-age synth equivalent of an anxious breakdown. It feels like a pulse of electricity, an epic tale of a city that’s now a fond, distant memory.’

In the second half of DECIDE, we start with extremely flirty and fast-paced drums in “I Want Your Video.” This song yielded the catchiest chorus of the entire album, showing us that Djo is still having fun with music and not taking himself too seriously with happily paced synths.

In “Climax” we hear a darker tone, a huge contrast from “I Want Your Video.” Djo optimizes the use autotune to sing in a lower vocal range, and as the instrumentals of this song are maintained similarly throughout, we see how he uses autotune to harmonize with himself. When the chorus approaches, his falsetto voice breaks out, and as the song ends, we hear an extremely dark outro that differs from the positive tone Djo carried throughout the song.

Then, the album makes a complete 180 and we enter the first single, “Change.,” Tthis catchy, fast- paced song makes you smile throughout because of how well the instruments seamlessly work together. Djo has truly improved significantly in production, showing some Kevin Parker/Tame Impala inspiration as he sings, “A change that I can see,” emphasizing how much he has evolved since his last album, Twenty Twenty.

The only interlude on the album, “Is That All It Takes,” is a melodic transition that sets us up for the last three songs in the album. “Go For It” shows us an unhinged Djo. The production creates an earthquake of tracks that make you feel like you are flying in space without any understanding of why you’re there. This song exemplifies how Djo has not only grown as a person, but how he has a much clearer understanding of how he wants his sound to be perceived.

The third single of this album, “Figure it Out,” uses a much more simplified drumbeat with an extremely high anticipating break that creates a sense of groove and funk in your system that you can’t deny. This song proves that less is more, directing you into Djo’s lyrics with guitars and a simple beat.

The closing song of DECIDE, “Slither,” fully makes you want to hear more about what Djo has to say. With a similar structure to “Figure it Out,” this song continues to escalate the listener’s adrenaline with a repetitive rhythm that ends with a guitar riff that unleashes a more lowkey Djo, heavily relying on the amazing production of synthesizers and guitars.

This project is a continuation of the amazing work that Twenty Twenty was and makes us listeners curious for what Djo will put out next. 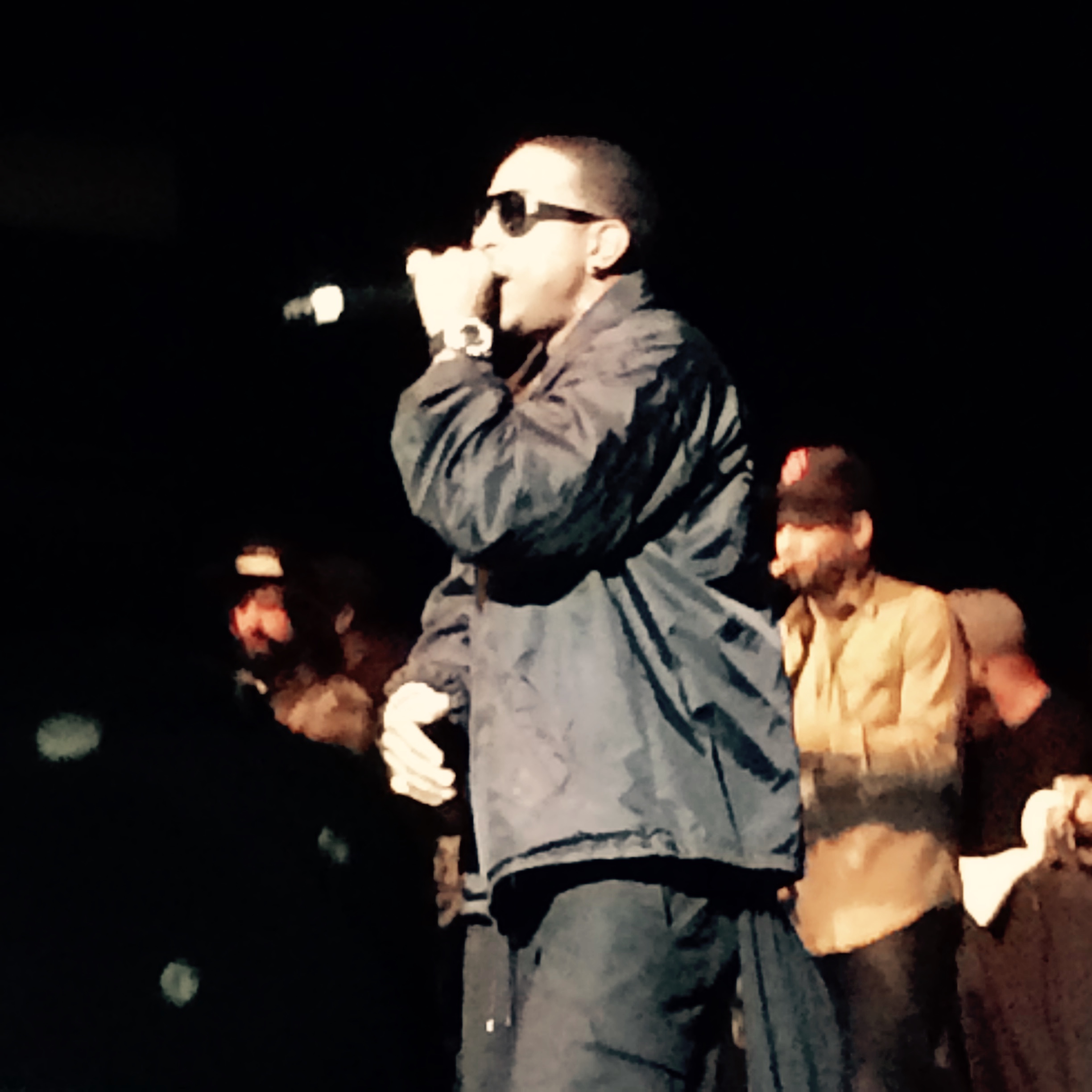 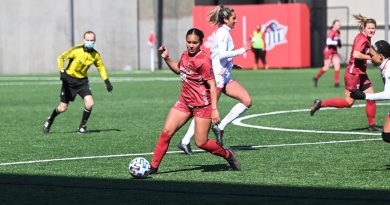 Mistakes Doom Temple As They Fall to SMU