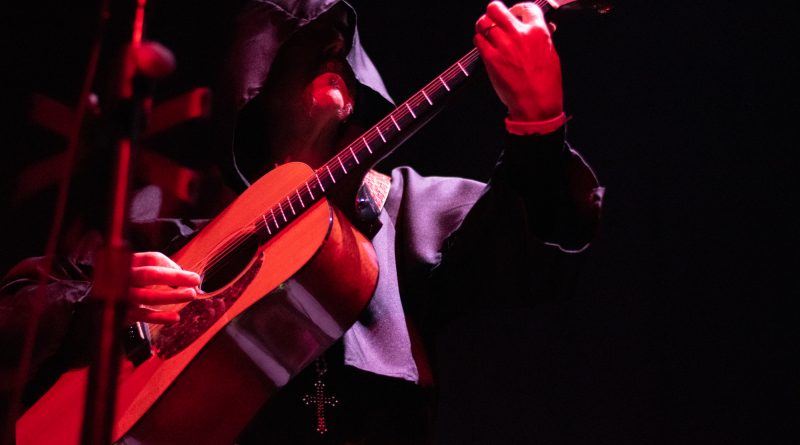 PHOTOS AND ARTICLE BY: Oliver Sabo

Halloween is always a special time in the jam-band world. After most bands took 2020 off due to the pandemic, fans were eager to get down to some spooky jams. The wait came to an end on Saturday, October 30th, when moe. rocked The Fillmore Philadelphia with three sets of grooves and metal. The theme for the night, which the fans got to vote on, was Black Sabbath. moe. upheld their promise by floating through their three sets, combining Black Sabbath covers and moe. favorites.

Outside The Fillmore, the excitement of a Halloweekend show could be felt in the air. The line into the venue was filled with pirates, fairies, Colonel Sanders, and multiple DEVO energy domes. One poor wizard got his staff taken by security at the door. Inside the concert hall there was a comforting sense of normalcy — the bushy beards, the tie-dyes, the dank smell of juicy India pale ales. Nature is healing. Throughout the room there was chatter about past moe. Halloween shows and what could be expected for the night. Seasoned vets imparted their wisdom onto younger and more inexperienced fans.

Around 9:15, the house lights dimmed and the stage lit up in an eerie red hue. A curious hush fell over the crowd as all five members of the band marched out dressed in grim reaper costumes. Guitarist Chuck Garvey’s familiar voice rang throughout the room on the acoustic “Paranoid” opener. The whole first set was performed unplugged, which made for an awesome sound. Up until Saturday, bluegrass and Black Sabbath aren’t things I’d ever imagine hearing together, but moe. made it sound perfect. From “Paranoid” came “Smoke” and “Sweet Leaf” into “Okayalright,” a moe. classic. The set ended with bassist Rob Derhak on vocals for Sabbath staple “Changes” and “The Bones of Lazarus.”

moe. took the stage for the second set dressed as the members of Black Sabbath — faux mustaches and wigs included, of course. They had switched over to their electric instruments, and there was a collective feeling in the concert hall that the show was really about to begin. The band jumped into a “Black Sabbath” that melted into a “Fairies Wear Boots” that ended up with moe.’s “McBain.” All the while, Garvey and fellow guitarist Al Schnier seamlessly traded off solos. Auxiliary percussionist Jim Loughlin sang lead vocals on “Sabbath Bloody Sabbath,” and the set came to a close with “The Wizard.”

The temporary heavy metal rockers took the stage once more for the start of the third set, beginning with “War Pigs.” Next came a jam-filled “Buster,” coming in at just around 15 minutes. Eventually the band arrived at the end of the third set with “Recreational Chemistry” which ended about 20 minutes later. For the encore, moe. delivered a cover of “Iron Man” and finished the night with “Captain America” as confetti rained down on the crowd.

What a show. moe. truly has some of the most talented musicians in the scene right now. It was mesmerizing to watch Schnier and Garvey battle on the guitar while still maintaining really well-put-together jams. Having Black Sabbath sprinkled throughout the show added so much, as well.

For someone looking for a good intro into the jam-band world, moe. is a great place to start. The age-old notion that moe. has the most pleasant and welcoming fans in the jam-band scene proved to be true. Add in incredibly disciplined jamming, and you’ve got yourself a great show. I thought that it would be a good idea to end with a quote that I overheard from a slightly inebriated individual as he was talking to a first-time concertgoer: “the cool thing about moe. is that you’ll never get the same show.” Wise words indeed. Happy Halloween! 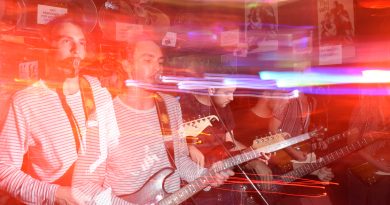 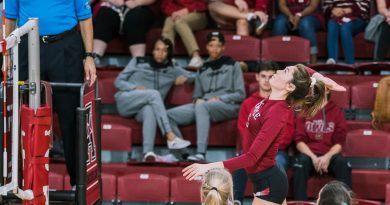