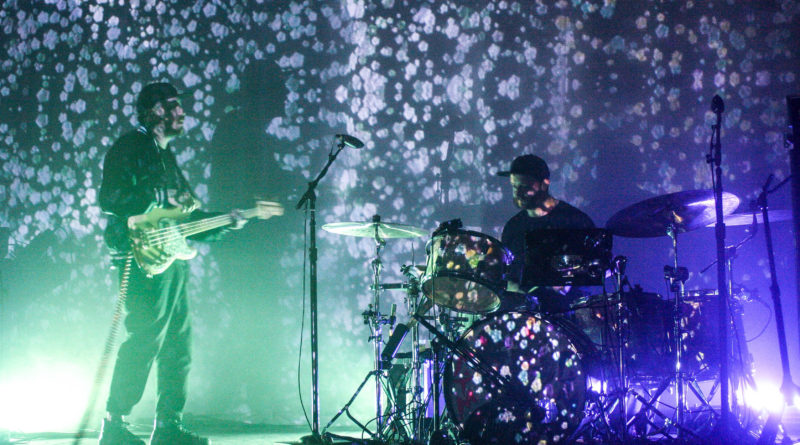 “Déjà vu,” bassist Zach Carothers exclaimed as the rest of Portugal. The Man returned to Union Transfer’s stage for their Spring 2017 tour on Friday, March 31. Playing the second of back-to-back sold out shows, an eager audience lined-up outside the doors in the rain hoping to escape the dreary weather and hear the band’s indie rock music.

Portugal. The Man plans to release their ninth studio-album, Woodstock within the next few months after not putting out a new record for nearly four years. Motivated by the 1970s ideal that music could have an impact on a changing world, the band quickly put together the album and has recently released the first track off the album, Feel it Still. This particular track of theirs was heavily influenced by the political turmoil the US has been experiencing since the 2016 Presidential Election. The new single has fans eager and excited for the new album, a mood that was prevalent in the moments leading up to the show.

Tasked with warming up the eager crowd, Brooklyn based rapper, HDBEENDOPE was met by an unenthused crowd. However, this vibe quickly turned around after HDBEENDOPE, joined by DJ HART from France, spit out verse after verse of his lyrics and slowly won over the crowd. With each song he played for the audience, HDBEENDOPE’s influences of Kendrick Lamar and J-Cole shined through in his flow and lyrics.  Preaching words of unity and love, HDBEENDOPE enlightened the crowd by repeatedly preaching two of his mantras: “Count your Blessings” and “Learn and Become Better.”

For up-and-coming artists, connecting with the audience is imperative; therefore in between songs and verses, HDBEENDOPE talked individually to audience members by calling them out, asking for their name, and tying them into his set. After speaking with HDBEENDOPE, the rapper revealed that he received backlash from the audience on the first night at Union Transfer because it made the crowd feel “self-conscious.” On the other hand, Friday night fans rose to the challenge after being called out and upped the energy.

Given Portugal. The Man’s style of music, HDBEENDOPE was an odd way to start the show because of the drastic contrast in genres, but nonetheless, the crowd embraced him. In an exclusive interview in between sets, HDBEENDOPE revealed the story of how he got on tour with the indie group.  Essentially, HDBEENDOPE was playing a show at the Gramercy Theatre in New York City in February 2016 and the stage manager at the time thoroughly enjoyed his set. Fortunately, this particular stage manager was also the tour manager for Portugal. The Man and, after the show, asked HDBEENDOPE to open for Portugal. the Man at their upcoming show at the Bowery Ballroom on the Lower East Side. The set went great, and as a result, the tour manager added HDBEENDOPE to the rest of the tour. You can catch HDBEENDOPE next at Firefly Music Festival in June 2017 in Delaware.

The stage was set, the clamoring audience got louder as the time reached the ten o’clock mark. Everything went black, six figures quietly emerged from the hazy fog, and finally, Portugal. the Man was met by a roar of cheers and applause.

Momentum was rolling from the get-go; the Portland based band opened with the fun and upbeat “Creep in a T-Shirt.”  Lead singer John Gourley and backup vocalist Zoe Manville’s voices blended together perfectly in the chorus leaving the words “you don’t get it” echoing throughout the venue.

The band took the Woodstock theme for their album and ran with it. Projected behind the band were psychedelic videos reminiscent of the iconic 1960s music festival. The band transitioned to the jam heavy track “Chicago,” combining the psychedelic LCD background with a pulsing strobe light.

Often criticized for being more of a studio band for just playing through their songs at shows without much interaction with the audience, the same held true Friday night. The Portland based band played through “Head is a Flame (Cool with It),” “Got it all (This Can’t be Living Now),” and “Once was One” off their 2011 album, In the Mountain in the Cloud.

Everything went blue as keyboardist, Kyle O’Quinn played the soft piano intro to “Waves.” As blue wavy images captivated the audience, intensity slowly built up with the help of drummer Jason Sechrist’s foot pounding the kick bass at the height of the crescendo.

About halfway through their set, Portugal. The Man gave their fans what they had been waiting for by performing their 2013 hit, “Modern Jesus.” The song had the packed venue in a frenzy with people leaning over the balcony belting every lyric.

In what was one the highlights of the night, “All Your Light (Times like These)” turned into an all-out jam session spanning over ten minutes long. The guitar riff in the middle of the song faded into a highly notable chorus of the Beatles’ song “I Want You (She’s So Heavy).” What then unfolded was complete pandemonium, each band member got their chance to showcase their individual talents before the song came to a close.

The indie-rockers rattled off a few of their older songs before reaching the heart of the set.

Everything went silent, and suddenly the stage lit up, reading the title of their new single “Feel It Still.” Not a single person in the sold-out show wasn’t dancing to the beat of the funky new song; leaving everyone even more amped up for the new album.

Carothers battled Gourely, bassist versus guitarist, mid-song during “Evil Friends,” exchanging powerful riffs back and forth before transitioning to one of my favorite moments of the night, when the band paid tribute to Philadelphia by playing “Day Man” from the Philly favorite show, It’s Always Sunny in Philadelphia.

In a patriotic tribute, the psychedelic images shined colors of blues, reds and whites for the band’s hit song, “So American” that left the audience screaming every word. Keeping the hits coming, “People Say” brought the set close to its end.

Everyone in the audience knew what was coming next, a slow intro teasing their big-hit, “Purple Yellow Red and Blue,” the crowd erupted. The guitar riffs seamlessly faded into a cover of Pink Floyd’s “Another Brick in the Wall Pt. 2.” Smoothly, the band transitioned right back into the middle of “Purple Yellow Red and Blue,” that had the audience screaming at nearly deafening level. Once again Portugal. The Man started jamming out before HDBEENDOPE came back out onto the stage, this time spitting freestyle that flowed into a verse from “Fake the Funk.”  Showing his appreciation for bringing him on the tour with them, HDBEENDOPE exited the stage to a chaotic crowd. Portugal. The Man left the stage to fans demanding more, chanting for an encore.

The audience’s cheers for more were answered. During the encore the band played “Hip Hop Kids” and “Holly Roller (Hallelujah),” giving the crowd everything they had left.

Carothers thanked the audience for making their first shows at Union Transfer so special before leaving the stage one last time. 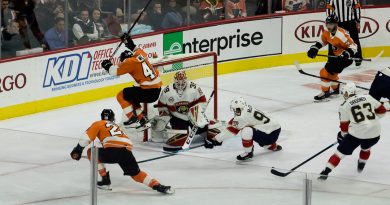 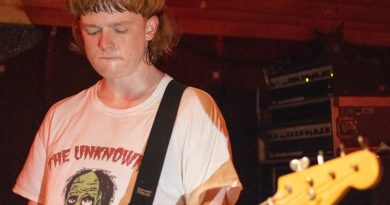 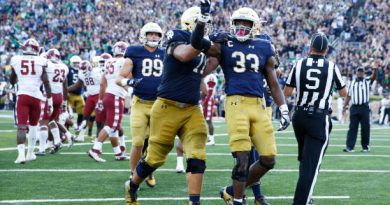