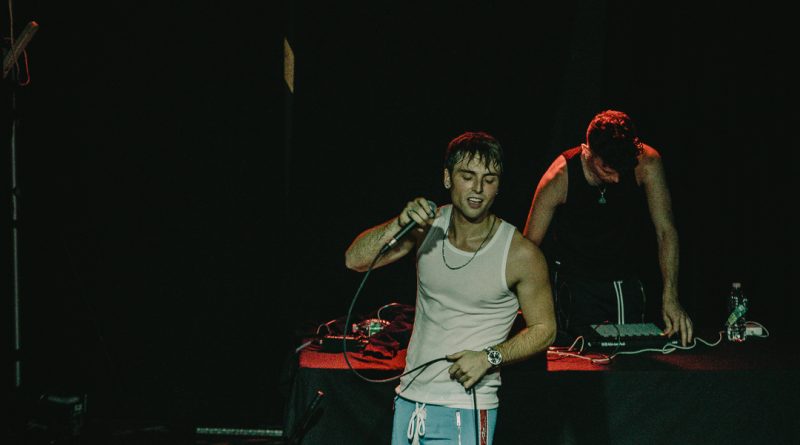 WESLEY is a singer/song-writer from the West Coast who recently ventured out on The Way Up Tour, co-headlining with Sebastian Olzanski along with some special guests. WESLEY came to Philadelphia on August 25, 2018. 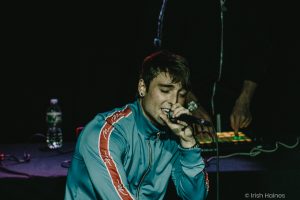 According to WESLEY, who I was able to sit down with beforehand for a small chat, “Philly is the biggest show on the tour as of right now, Philly actually is the reigning champion of the most craziest, high energy; there’s been fights, there’s been people going to the emergency room, it gets nuts out here!”

This was no surprise as when I showed up, there was already people giddy with excitement lined up outfront. The co-headliners also offered a fairly popular meet and greet package where their fans were able to come in, meet them, and take a photo. This took a bit of time but only because they truly did spend time with each individual fan to give them the best experience.

The first opener was a curly blonde by the name of Linda Marie who seemed a little nervous but determined to put on a good show. Her voice was angelic and one of the most soulful I have heard in a while. She graced us with a few originals and covers that were filled with overwhelming feeling; the performance was beautiful. Next was a young gentleman who went by h e t z who used loops and synths created on his small keyboard and guitar while singing his originals. The talent poured out through this multi-talent artist as the fans started to bob their heads more and more as the set continued. The final opener was a band called Sleep House that performed Indie Pop music. Their recent single In My Head was a jam and their Redbone cover was a must hear!

Sebastian was the first of the headliners and to say the screams were loud would be an understatement. Sebastian was the hypest performer so far and bounced around the stage which was a feat in itself considering The Voltage Lounge stage isn’t the biggest when it comes to size. Constantly inviting audience participation, he made a point to single out several fans at different moments and sing directly to them. From Argentina, he paid homage to his background by singing a mashup in Spanish. He also did a particular lovely cover of Are You Lonesome Tonight by Elvis Presley. He finished on an absolute banger original called Nobody But Us. 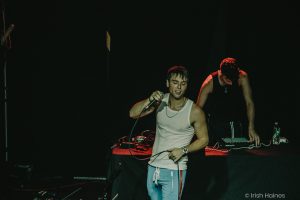 Now came the time for WESLEY with the help of his friend, DJ Summit (who he decided to rename New Mountain for the night). He started off with two of the three recent singles he dropped, 1000 Ways and One Shot. The dancing (particularly the gyrating) was turned up to the maximum level, especially during the intense chorus of One Shot. The chemistry between WESLEY and Summit was just as entertaining to watch as it was to listen to. The two shared silly improv moments, fun handshakes, and a mini dance number at one point. A few times when minor technical difficulties regarding certain levels occurred, WESLEY kept his usual spunk and lively energy going, calling the soundboard operator ‘Mr.Man with all the power.” WESLEY continued showing us a preview from his upcoming album, performing another song called Somebody. This is what the tour was all about for him, showing off his own music and really putting himself out there as a solo artist.

He had said earlier, ‘One guy doing the job of three could be really hard but I feel like the songs really live up to the potential’…”The Way Up Tour” is me dropping all my new songs and it’s like me on my way up ‘cause Emblem3 was on a certain level and since the split its almost like I had to restart to get back to that level and surpass it; we’re on our way up.” 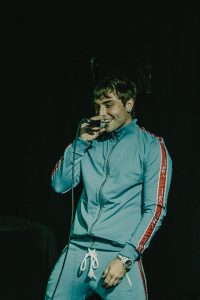 The next part of the set made the fan-girl in me go crazy as WESLEY claimed to be slowing things down and Summit moved over to a Cajon Box Drum only to begin performing Sunset Blvd. This is the song Emblem3 performed on X-Factor in 2012 that shot them into stardom and was when I was first personally introduced to WESLEY. He has only gotten more talented. If the crowd thought the throwbacks were over with that one, they were in for another surprise when he went right into Chloe (You’re The One I Want). This one cued for louder screams with the crowd wholeheartedly singing it back. The nice older fan by me was even singing along! Survey says, the song still slaps. The final throwback WESLEY shared was of Reason/Riptide, a real supreme fan tune with a wicked verse that he was able to hit effortlessly. If anyone in the crowd somehow wasn’t into the show before, they were definitely into it now.

WESLEY is also by far one of the most personal artists I have seen live. It’s typical for artists to rattle off a quick line or two about a song for context, which is totally cool, but WESLEY took a step further and built an even deeper connection with the audience. As he continued his set, he told stories about songs and the writing process. You could feel the passion and love that went into his new music. Two songs that were deeply personal were about his family. The first one was called Wishes which was a slow song about wishing he could spend time with those he is close with (which Summit left for, leaving a homey and intimate feeling). The second was particularly hard hitting because he took his chance to use his platform for Drug Awareness and Prevention, sharing a very close story about a sibling before performing a beautiful song called You Don’t Have to Say You’re Sorry. This song hit home to a couple people and just made everyone feel a little bit closer. 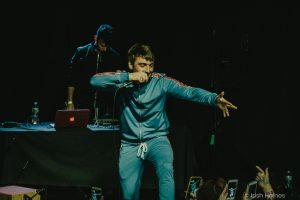 Of the three singles WESLEY has released thus far, he says Remedy’s lyrical makeup is his favorite and it shows with the devotion that he performed it as his final song. “Overall, the message is just rock-solid; it’s just like about if you get hurt by somebody, it’s most likely because you’re supposed to meet somebody else and there’s something out there better for you.” “It was a lesson to be learned,” Summit had nodded along.

Overall, the diverse lineup was outstanding and the energy of the crowd felt constant. WESLEY is putting 110% in his performance and his music and you can tell. 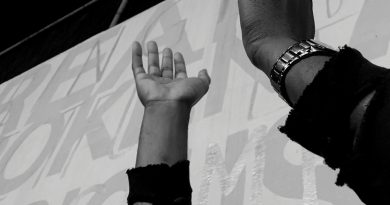 EP REVIEW: Songs to Yeet at the Sun by Soul Glo 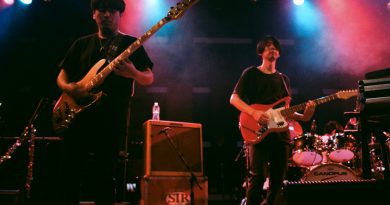