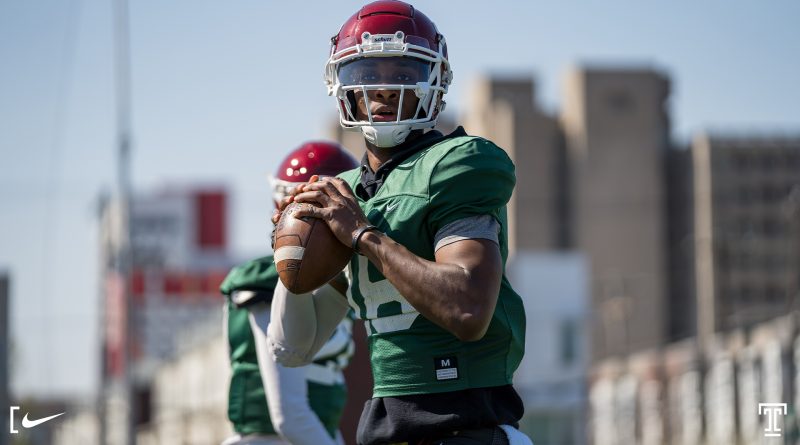 It’s early spring and one of the prevailing storylines heading into practices: Temple needs to find a new quarterback to operate its offense.

Last season, the Owls’ offense struggled due to injuries and players missing time with COVID-19.The offense averaged 19.86 points per game, not nearly enough to compete with their opponents, who averaged 37.14 points per game.

A revolving door of quarterbacks played in 2020. Last year’s starter, Anthony Russo, played only in three games because of injury and COVID-19 protocols and transferred to Michigan State for his extra year of eligibility.

Re-Al Mitchell, Matt Duncan, Trad Beatty, and Kamal Gray all replaced Russo. Those four quarterbacks struggled to move the offense down the field. The passing game only averaged 6.11 yards per attempt on the season.

Moving forward, the Owls have four quarterbacks “out in front” of the competition for the opening-day starting job. D’Wan Mathis, Matt Duncan, Mariano Valenti, and Re-Al Mitchell have been receiving first-team repetitions in spring practices in no set order, Temple offensive coordinator Mike Uremovich said.

Uremovich is looking for two simple requirements from his quarterbacks.

“The first job of a quarterback is to operate the offense. I mean it sounds really simple and dumb, but you got to able to get the guys to the line of scrimmage. Get the play communicated, get the ball snapped and get the play ran,” Uremovich said. “The second thing you have to be able to do is eliminate negative plays. That’s turnovers, that’s missing a check, that’s an interception or fumble. Negative plays get you beat.”

After the quarterback can do those two things successfully, the coaches will select the quarterback who is the most dangerous with the football in his hands, Uremovich said.

Whoever Temple chooses to run the offense, the coaches will tailor the offense around them.

“The interesting thing for us in the spring is we have to find our quarterback and you got to find who your backup is, but then you always have to tailor your offense to who those guys are,” Uremovich said. “What does D’Wan do really well? What does Re’al do really well? So, that’s what you’re trying to find out.”

D’Wan Mathis: Mathis, a 6’6 quarterback from Oak Park, Michigan, transferred to Temple in the offseason from Georgia. Mathis never became a full-time starter for the Bulldogs, but in his lone-starting appearance, the upcoming redshirt-sophomore completed 8-of-17 passes for 55 yards.

Mathis missed his true freshman season after having emergency brain surgery to remove a cyst. After the season, he received the David Jacobs Awards, an award given to a Georgia player overcoming an injury.

Through the early portions of spring, Mathis has caught the attention of his current coaches at Temple with physical abilities.

“He’s obviously a good athlete, the thing is, he can throw the ball and run the ball,” Uremovich said. “I mean he’s not a one dimensional quarterback, sometimes you get the guys who are known as athletes or a calm pocket passer. We always want a guy who can do both and he can do both, I really like his ability.”

Mathis made a first good impression on his teammates. The quarterback and wide receiver duo is important to a team’s success. Mathis knew the importance of building that connection with his playmakers. When he commited to Temple, he sent his wide receivers a text message right away, wide receiver Jadan Blue said.

Matt Duncan: Duncan had an opportunity to start versus East Carolina on Nov. 21, but the quarterback was suspended before the game for breaking team rules. The 6’6 quarterback from South Carolina attempted two passes and rushed the ball four times against UCF in his only appearance.

Duncan was recruited as a dual-threat quarterback and can move with his feet. The second-year quarterback will have a chance to compete in the spring and move up the depth chart.

Mariano Valenti: The 6’1 quarterback was recruited by Rod Carey’s staff at Northern Illinois. He redshirted last season, but was named scout team player of the week before the Southern Methodist game on Nov. 7.

Valenti received great reviews from Blue in Tuesday’s meeting with the media.

“I’m really liking what I’m seeing from Mariano. Me and him had a really good conversation a week or so ago, just talking about him always staying ready. You never know how the situation may be,” Blue said. “You can see that clearly his preparation, everything he’s been doing is paying off because he’s started off with a great spring ball.”

Valenti’s familiarity with the staff and comfort of the offense could give him a leg up to win the starting job.

Mitchell has the most experience of the returning Owls’ quarterbacks. The former Iowa State quarterback had a tough season in 2020. His best game came against SMU on Nov. 7, throwing for 103 yards and a touchdown in a loss.

Mitchell made his first career start against UCF on Nov. 14 and threw a career-high 107 yards against the Golden Knights defense, but left the game with an injury and did not return. Temple lost 38-13 that night, but Mitchell’s experience last year will give him a fighting chance to beat out the other quarterbacks in the room. 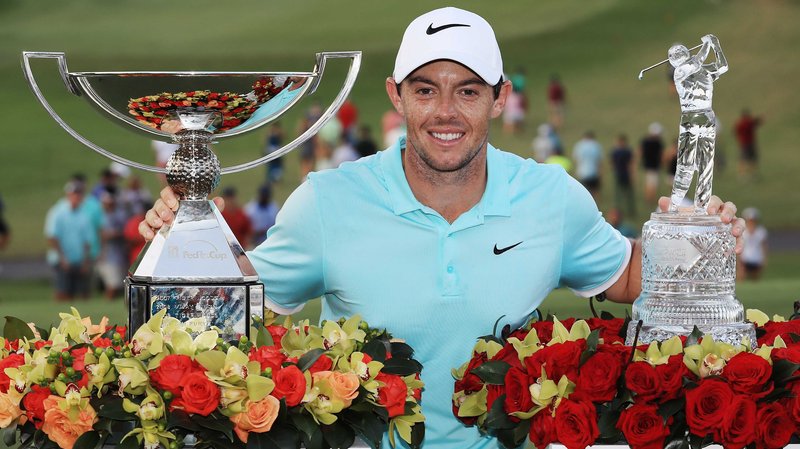 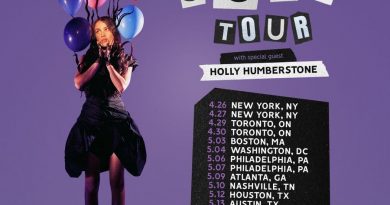