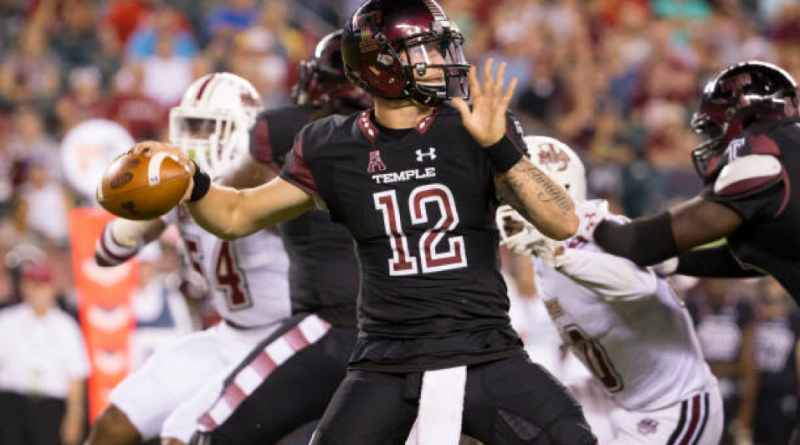 PHILADELPHIA – A win is a win. Those were Temple head coach Geoff Collins’ first words at the podium.

While the Owls did not verily step on the gas or announce their presence with authority against UMass from the get-go, there were just enough spurts of success, as Temple dispatched the winless Minutemen, 29-21, under the Friday night lights at Lincoln Financial Field.

Seldom do must-win games emerge this early in a season, but with Temple (2-1) scheduled to visit No. 22 South Florida (3-0) on a short week next Thursday, it was vital for the Owls to build up some much-needed momentum heading into American Athletic Conference play.

“The kids came out and played really, really hard,” Collins said after the game. “I thought they handled the six-day week very well. It was a little off track because Wednesday was a Thursday and all those kinds of things, but I guess we’ve got to get ready to do it again.

“Temple universally has been in tight games, close situations, that is who we are and we are going to fight until the end. We will try to get the knockout boom in the fourth quarter, but if it doesn’t happen, that is okay.”

Throughout the week, the Owls’ offensive leaders stressed their need to establish the running game early. They did just that, as lead halfback Ryquell Armstead rushed for 56 yards down the right sideline on just the second play of the game. Although the opening drive resulted in a 24-yard field goal made by kicker Austin Jones (3-0 score after the first quarter), it was an encouraging sign from Armstead, who finished with 91 rushing yards on 17 carries.

A MIX OF MARCHI AND CENTEIO

Redshirt sophomore quarterback Logan Marchi started his third consecutive game, and the consensus is that Collins and his staff will keep Marchi in the same role against South Florida. But freshman quarterback Todd Centeio received his first taste of action at the start of the second quarter, finishing with two completions for 20 yards and two rushes for 10 yards.

However, that drive did not result in points, as Owls’ long-distance kicker Aaron Boumerhi had a 43-yard field goal attempt blocked by UMass.

“We knew all along that Toddy was going to get in this week,” said Collins, who expects Centeio’s role to increase moving forward. “We finally felt that he was game-ready. He added a little spark to the offense.”

“He has great intangibles, is a gamer, a good athlete, he threw two nice balls,” Temple offensive coordinator Dave Patenaude said of Centeio. “We probably could have gone back to him but he will have a role moving forward.”

It was not until the 1:04 mark in the second quarter when Temple scored its first touchdown. Trailing the Minutemen 7-3, Marchi found wide receiver Adonis Jennings in the middle of the end zone for a 30-yard touchdown pass, which helped give the Owls a 10-7 lead.

On the ensuing drive, defensive end Quincy Roche stripped Ford and recovered the fumble, which led to another Marchi touchdown – this time to Keith Kirkwood from 10 yards out. At halftime, Temple was ahead, 16-7.

Marchi’s third and final touchdown pass came with less than four minutes remaining in the game, as he found receiver Isaiah Wright on a 13-yard fade route (29-14). It was spectacular one-handed catch from Wright, who finished with a team-high 67 receiving yards on four catches.

“The close games we’re having, throwing no interceptions and not turning over the ball over is a big key,” said Marchi, who completed 22-of-37 passes for 248 yards with no turnovers. “We’re still trying to get the chemistry down. It’s a whole new offense for us. But it’s going to come.”

On Tuesday, Patenaude told reporters that Marchi has been dealing with a lingering ankle injury he suffered during training camp. Marchi had no complaints with his ankle on Friday, saying, “I felt like I got back to my old self.”

Although Temple’s secondary was primarily responsible for 377 total passing yards and two touchdowns from UMass’ junior quarterback Andrew Ford, its defensive front was sharp for a second consecutive game. The Owls managed to sack Ford nine times, and they allowed just 81 rushing yards on 72 total plays.

Redshirt freshman defensive end Quincy Roche finished with a career-high three sacks and four tackles for a loss. It was also Temple’s most sacks in a game since recording 10 against Penn State back on Sept. 5, 2015.

“This is a great feeling,” Roche said. “We prepared hard. It was a great week of practice. You kind of feel it when you prepare hard, but you go out there and just play football.

“We knew they would throw the ball a lot. We prepared for it. Coach [Jim Panagos] had a great game plan, We came out with great energy and we started early.”

-Kickers Austin Jones and Aaron Boumerhi combined for nine points. With 10:18 remaining in the third quarter, Boumerhi drilled a career-long 52-yard field goal, which made the score 19-7. It was the longest made field goal by an Owls’ kicker since Brandon McManus drilled a 53-yarder back in 2010. With less than two minutes left in the third, Jones hit his second attempt – a 37-yarder which placed Temple’s lead at eight, 22-14. Jones also missed a point-after-attempt following Kirkwood’s touchdown.

-UMass held a lead once in the game. It came with less three minutes before halftime, as a 10-yard touchdown pass from Ford to halfback Nick Oreyoka capped off a five-play, 64-yard drive for the Minutemen.

-Ford completed 23-of-37 passes, and his second passing touchdown was a 20-yard connection with Jessie Britt. That drive helped cut UMass’ deficit to five, 19-14, with 5:56 left in the third quarter. With two minutes left in the game, Ford rushed into the end zone on his own from three yards back, which helped make the score 29-21.

-UMass had one final chance to try and tie the game in the waning seconds, but Owls’ defensive end Sharif Finch ended the game on a sack of Ross Comis.

-The paid attendance at Lincoln Financial Field was 22,911. 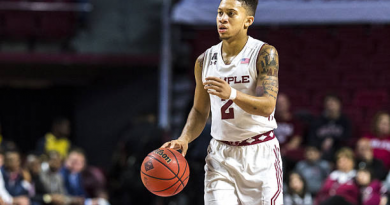 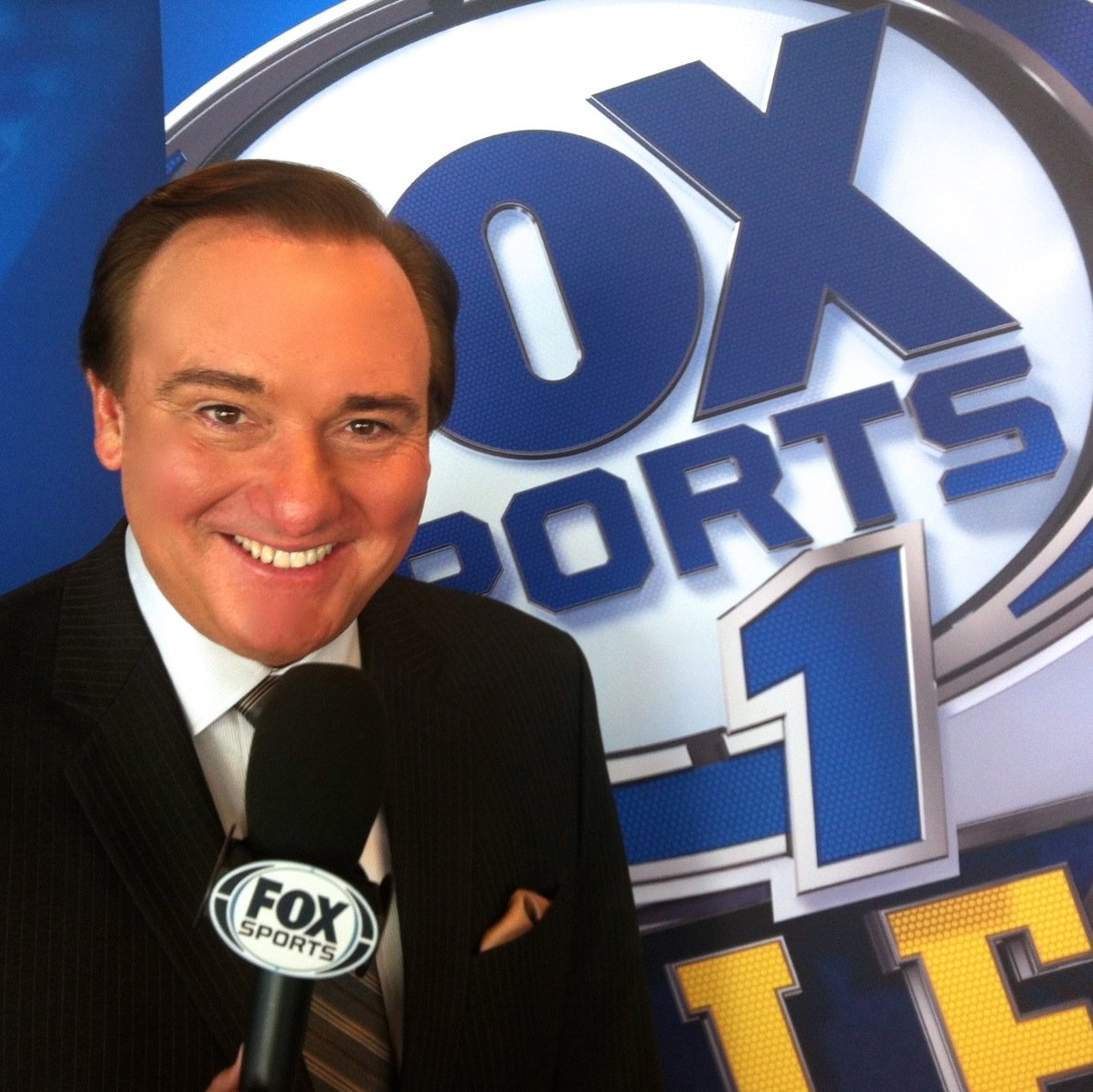 Tim Brando with Zach Gelb and Mike Zahn on WHIP!