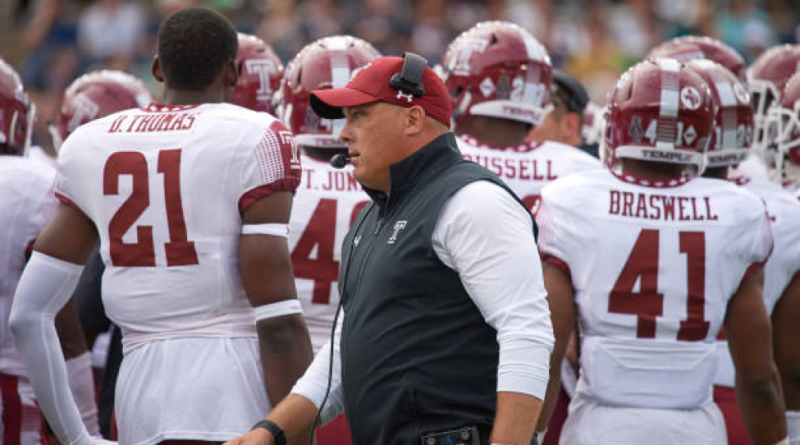 PHILADELPHIA – While Temple Football has experienced drastic change to its personnel and roster in the last calendar year, it appears the Owls’ ineptitude against dual-threat quarterbacks has remained a common thread between both campaigns for the time being.

In the Wildcats’ 38-35 win at Lehigh last week, Bendarczyk rushed for 72 yards and a touchdown on nine carries, while also completing 17-of-23 passes for two scores and no interceptions. While Villanova is an FCS program, it still rushed for 266 yards on 38 attempts, and managed to tally 406 total yards of offense against the Mountain Hawks.

So, is there any pressure on Temple to step on the gas against Villanova, and oust its in-state opponent on home turf?

“But I think there’s a great amount of respect for what [the Wildcats] do, the wins they’ve had over a long time. You turn the game film on, there’s good players doing some really good stuff in some complicated schemes. Their defense is a defense that we might not see this year. As complicated as it is, it’s a unique set. And offensively, they do a ton of things. They’ve got trick plays and they’re doing it with some really good players.”

During his weekly press conference on Tuesday, Collins hinted that redshirt sophomore quarterback Logan Marchi will start for the second time, and receive the bulk of the snaps against Villanova.

“It felt good to finally play. I felt good, felt confident,” said Marchi, who completed 19-of-35 passes for 245 yards and two scores against Notre Dame. “I missed a lot of throws, couple reads that I’ve got to hone in on. It’s definitely a learning experience. [Villanova] is good up front. They twist a lot, they’re a good defense. You can see on film that they’re a very confident team.”

The short answer is yes, according to junior leader and defensive back Delvon Randall.

“We’ve got to get back to our Temple Tuff defense. That wasn’t Temple Tuff on Saturday,” Randall said. “Our key is being more detailed. They’re a good team. [Bendarczyk] can run and he can pass. That’s always the key, because it’ll keep us on our toes. If we see him scrambling, we can’t just run because he’s got a strong arm and he can throw.

“When we go and watch film, we look at the team and never underestimate anyone. The quarterback’s good. He’s going to keep us awake, and we’ve got to play our A-game.”

Randall has also noticed a number of run-pass option (RPO) plays while watching film of Villanova, which reminds him of Notre Dame’s offensive scheme.

Ventell Bryant, who was Temple’s leading wide receiver in 2016, will make his season debut against the Wildcats. The 6-foot-3 junior did not play against Notre Dame due a lingering hamstring injury he suffered during training camp. Bryant will also be wearing No. 19 for the first time in his career, as his former No. 1 will be worn by junior defensive end Michael Dogbe.

The last time Temple and Villanova played in the Mayor’s Cup was in Aug. 2012 (Owls won 41-10). Both first-year head coaches – Collins and Mark Ferrante – will be working in their second career games. In their last three matchups, the Owls have outscored the Wildcats 114-41. The all-time series is currently tied 15-15-2.

-Villanova’s receiving core will be led by senior wide out Taurus Phillips and senior tight end Ryan Bell, who combined for 931 yards receiving on 69 receptions for 10 touchdowns. 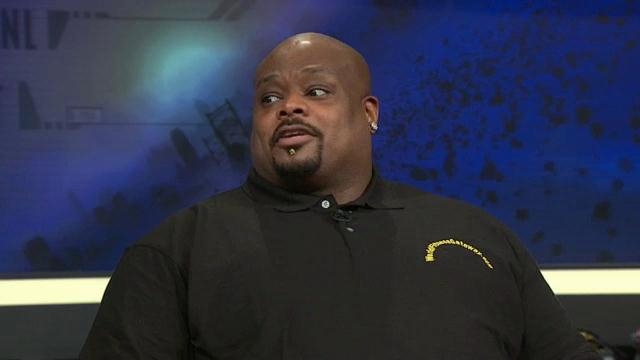 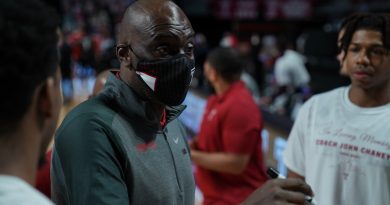