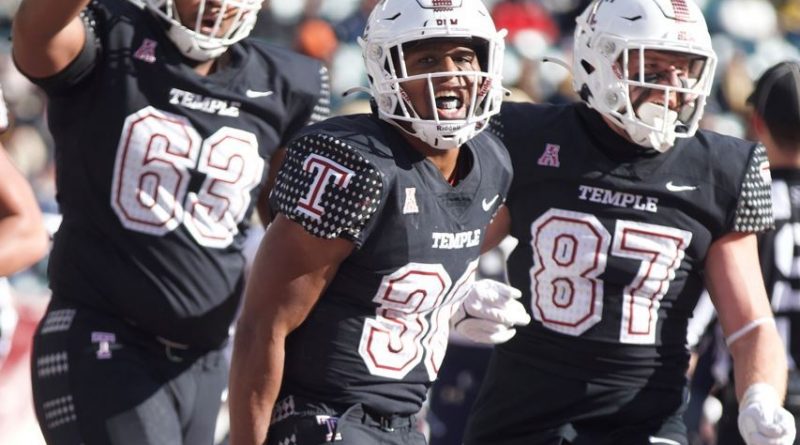 The Navy Midshipmen rolled over the Temple Owls at Lincoln Financial Field on Saturday by a final score of 38-14. With the loss, the Owls have now dropped seven consecutive games for the first time since the 2012 season into the 2013 season.

On senior day it was a mix of quarterback changes, turnovers on offense and special teams, and the inability to stop the run that doomed the Owls on the final game of the season.

The Midshipmen controlled the game from the very start finishing with 100 more yards than Temple in the end. Owls head coach Rod Carey continued on the month-long theme of being dissatisfied with the offensive production.

“I think the defense was good enough to win today,” Carey added. “It certainly felt that a couple of the last weeks here but offense didn’t do enough.”

On the offensive side, the Owls had two quarterbacks sharing time in the early going. Freshman Justin Lynch and redshirt freshman Mariano Valenti each took their fair share of snaps.

Carey said that Lynch was just “not seeing it” and he doesn’t know the cause of the struggle.

“I don’t know whether it was moving too fast for him. I don’t know if his eyes were too low,” Carey added. “ But things that we have done in practice all week long, and gave him the exact look that he saw in the game.”

A bright spot in the loss for the Owls came through the production of senior safety Amir Tyler who led the Owls with seven total tackles in his final game with the team.

Tyler said that the feeling of his time with the Owls being over won’t come until after the game.

“It’s a bittersweet feeling waiting to get on with the next stage in your life,” Tyler added. “ It has not hit me yet but it probably will hit me tomorrow when I go to EO [Edberg Olsen] to get all my stuff.”

Temple needs to address a lot of questions moving forward to turn this program back into a winner. Senior linebacker William Kweanku said that the “shift” for the team has to start from a maturity standpoint.

“A huge winning mindset,” Kwenku added. “Not being afraid to, go out there and put in the work to get to the outcome that we want.”

As the season comes to a close, the Owls will have some decisions to make in the upcoming weeks and months.