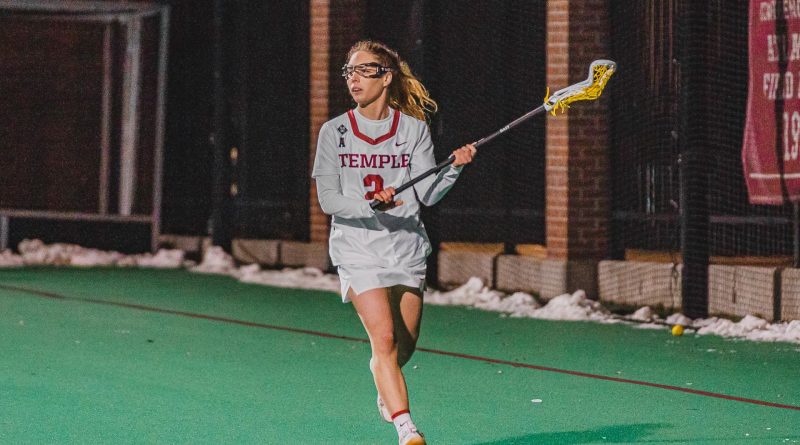 Coach Bonnie Rosen expected a battle and the Owls received just that against no.13 Rutgers, falling 15-9 on a rainy Wednesday night.

It was the Owls who looked poised early on jumping out to a 3-1 lead against the Scarlet Knights. However, Rutgers responded with a 4-0 run to close the opening quarter and would never relinquish the lead.

The damp cold conditions affected play in the first half with multiple turnovers from both sides and players losing their footing on numerous occasions.

Things began to unravel in the second with Rutgers scoring five unanswered goals to stretch the lead to 10-5 at halftime.

Coach Rosen said the team showed a great amount of resilience and defensively getting better in the second half.

The Owls came out after halftime and went scoreless in the third letting the Scarlet Knights take an eight point lead. In the fourth, the Owls showed some signs of life with four out of Mastropietro’s five goals coming in the final minutes as the Owls were able to outscore Rutgers 4-2, but that effort fell short making the score 15-9.

“It was a great test for us to realize what things we have to get better at. Everyone had their moments and that it is all about getting those moments more often,” Rosen said. “When [Gabby Kirsch] steps on the field she makes a huge impact for us,”

She also pointed out senior defender Suzanna Cantwell, who does not necessarily show up on the stat sheet but is a force defensively.

Offensive threats came from Mastropietro scoring a game-high five goals bringing her season total to 26. Rosen mentioned that the offense came in spurts with multiple long periods of the game passing by without the Owls being able to score.

“It’s disappointing, but we fought hard. We have to learn from today and just get better,” junior attacker Mackenzie Roth said.

The Owls will look to do just that as they take on Delaware Friday at 5 p.m. at Howarth Field. 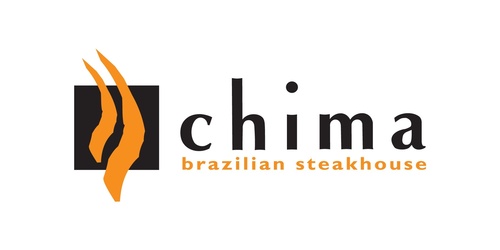 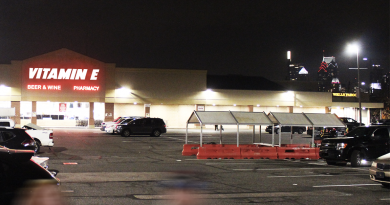 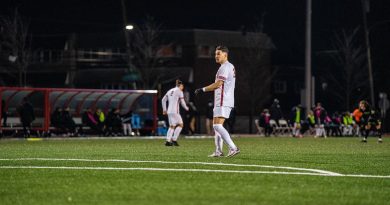