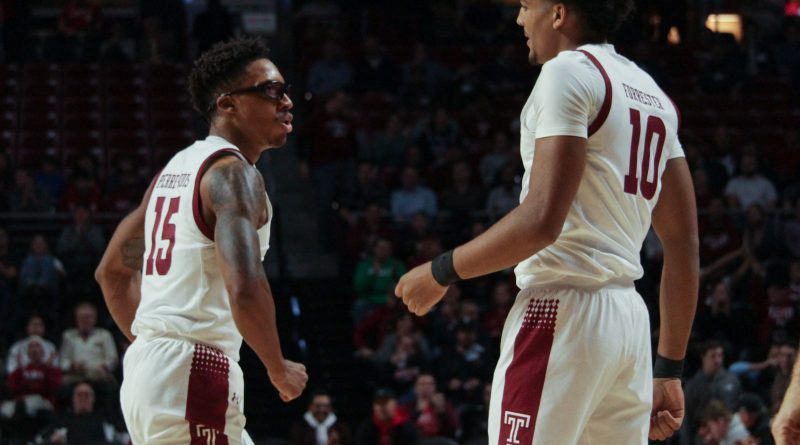 Not much went right for St. Joe’s on Tuesday night.

The Owls bounce back from their first bad loss with a dominant 108-61 win over Big 5 rival St. Joe’s.

“When they have 108, you don’t have an answer for a lot of things,” said St. Joe’s Head Coach Billy Lange.

Temple reached 100 points for the second time at the Liacouras Center and the first time since Dec. 21, 2013 against LIU Brooklyn.

Jake Forrester was perfect from the field leading all scorers with 17 points and 6 rebounds coming off the bench. He showcased his soft touch around the rim and his ability to create space close to the bucket.

Temple Head Coach Aaron McKie played a 10-man rotation and each of those 10 contributed on the scoreboard. In the final minutes, four more Owls checked in during the blowout, three of which scored.

The Owls played their best basketball spacing the floor, pushing the ball in transition, and staying aggressive the whole way. Tuesday night’s win embodied the things McKie has repeated all season — strength in numbers and sharing the ball side-to-side to let it stick.

After shooting an abysmal 2-21 from beyond the arc against Missouri, the Owls shot 53% on 15 attempts from three on Tuesday night.

“I just think it was their overwhelming athleticism to be able to get to [Ryan Daly’s] drives and still get out and contest shots was impressive,” said Lange.

The Hawks are led by Ryan Daly who came off a 32-point performance in a loss to Villanova. He wasn’t able to find similar success on North Broad shooting just 12.5% from the field with 2 points and 3 turnovers largely thanks to junior captain Nate Pierre-Louis.

“I replayed his game over and over and over again in my head before we played. I know he’s their guy and I keep myself at a high standard defensively,” said Pierre-Louis. “I wanted to make his life really, really hard on offense.”

Up next the Owls head to Brooklyn for the Air Force Reserve Basketball Hall Of Fame Invitational matching up with Miami.

Jake Forrester had a major impact on the offensive end after starting the game on the bench. Pierre-Louis spoke highly of him saying, “Jake’s really athletic, the way we want to play he fits right in.” He’s made his presence felt after he missed the Owls’ first four games waiting for his transfer waiver to get cleared and should be expected to move into a bigger role as the season progresses. Forrester has been a huge asset in the Owls’ front court giving their guards more space to work with on the perimeter. 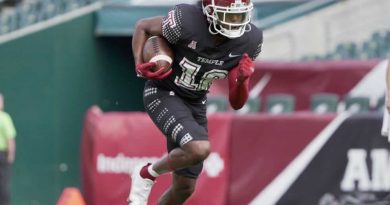 Temple Football falls yet again, as do their bowl chances 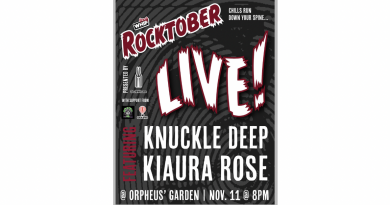 ROCKTOBER IS BACK!: Concert featuring Kiaura Rose and Knuckle Deep on Friday 11/11 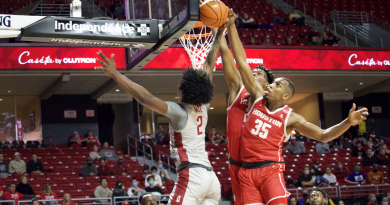