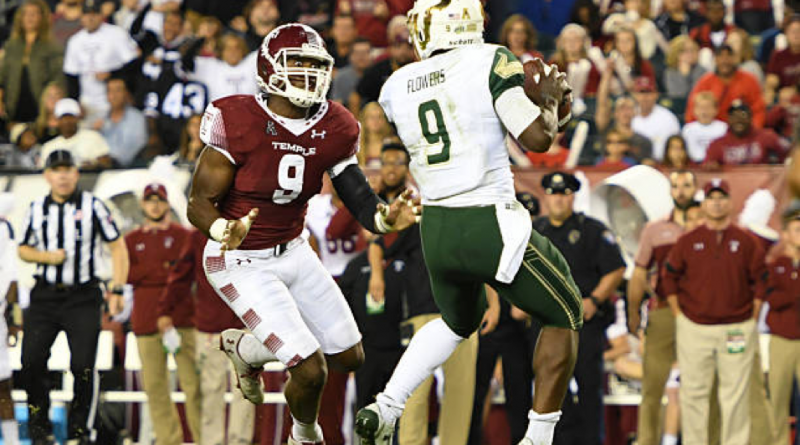 PHILADELPHIA – When Temple Football takes the field against No. 21 South Florida in Tampa, Fla. on Thursday night, the consensus is that the Owls (2-1) will have no choice but to keep pace with the Bulls’ (3-0) formidable offense.

To be blunt, it will be quite a tall order. USF has scored 30 or more points in 20 consecutive games – the longest active streak in Division I football. In three games this season, the Bulls have averaged 522 total yards of offense, and their 102 plays-per-game ranks first in the nation.

They can score, they can run, and they can certainly knock opponents out. Much like the NBA’s defending champions, according to Temple offensive coordinator Dave Patenaude.

“They want to be the Golden State Warriors,” Patenaude said of USF following Tuesday’s practice at Edberg-Olson Hall. “They want to get the ball off the rim. They want to run it down the court. They want to jack up a shot, play fast, play that kind of frenzy-type of offense.

Temple’s newest coaches may not be too familiar with USF’s senior quarterback Quinton Flowers, but several Owls players are. Last October, Flowers threw for two touchdowns and rushed for one against Temple (46-30 loss) at Lincoln Financial Field, and the year before that, he did the exact same thing (44-23 win) at Raymond James Stadium.

Flowers is another dual-threat weapon, and his agility and experience presents several challenges for the Owls.

That was a question posed to Owls’ quarterback Logan Marchi, who’s expected to start his fourth straight game on Thursday.

“Converting on third down and scoring in the red zone are our two biggest keys right now. Staying on the field to help our defense get some rest,” said Marchi, who has thrown five touchdowns and no interceptions this year. “My job is to go out and make sure I’m prepared for my team. It’s a short week, but same for USF – they played on Friday night.”

At the start of the second quarter against UMass, freshman quarterback Todd Centeio made his collegiate debut and saw seven snaps. Collins hinted that Centeio’s role will increase in the coming weeks, but in the meantime, any game plan for him is being kept a secret.

Temple’s running game will also need to step up. Despite Ryquell Armstead’s 56-yard rush on the second play from scrimmage Friday, the Owls’ lead halfback finished with just 91 yards on 17 carries. USF’s defense has allowed 31 points and 323 yards per game, but they’re no slouch up front, as its 89 rushing yards allowed on average is ranked best in the American Athletic Conference.

Although Temple’s defensive front has been stifling of late (nine sacks, 81 rushing yards allowed vs. UMass), Collins has emphasized his secondary’s need to force turnovers. Through the Owls’ first three games in 2016, its defense had forced four interceptions and three fumbles. So far this season, they’ve forced just one interception and two fumbles.

“We’ve just got to come out and play our game,” Owls’ defensive back Delvon Randall said. “To keep the game in our possession, we’ve got to get three-and-outs to get our offense back on the field. We’ve just got to keep improving every week. We have to keep coming in, watching film, cleaning up our little mistakes so we can be a great team.”

Thus far, the Owls have allowed 314 yards per game, which ranks eighth in the AAC.

Both teams are separated by roughly 1,100 miles on the Atlantic Coast, but Temple and USF has become one of the better matchups in the conference’s East Division. While the Owls are defending conference champions (and back-to-back East Division champions), the Bulls were the conference’s preseason favorite, and it seems the road to the championship goes through Tampa – even in Week 4.

“I wouldn’t say it’s a rivalry, but I would say they’re definitely a great team,” Temple defensive end Sharif Finch said. “Of course, you’ve got to get through USF to get to the championship in this conference. Everybody knows that, especially on the eastern side.

“It means a lot. I’m respected in this program,” Jennings said. “I’m just glad I’ve earned the respect of my teammates and coaches.”

-Temple’s starting left guard Jovahn Fair, who was seen on crutches during the second half of Friday night’s game, is listed as questionable this week. His injury is undisclosed, and Adrian Sullivan could take over in Fair’s role on Thursday. Sullivan started all 14 games for the Owls last season.

-Flowers has completed 45-of-81 passes this season for 678 yards, eight touchdowns, and two interceptions. He’s also rushed for 243 yards on 61 carries for two scores. 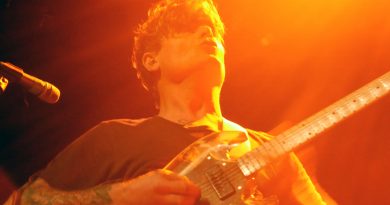