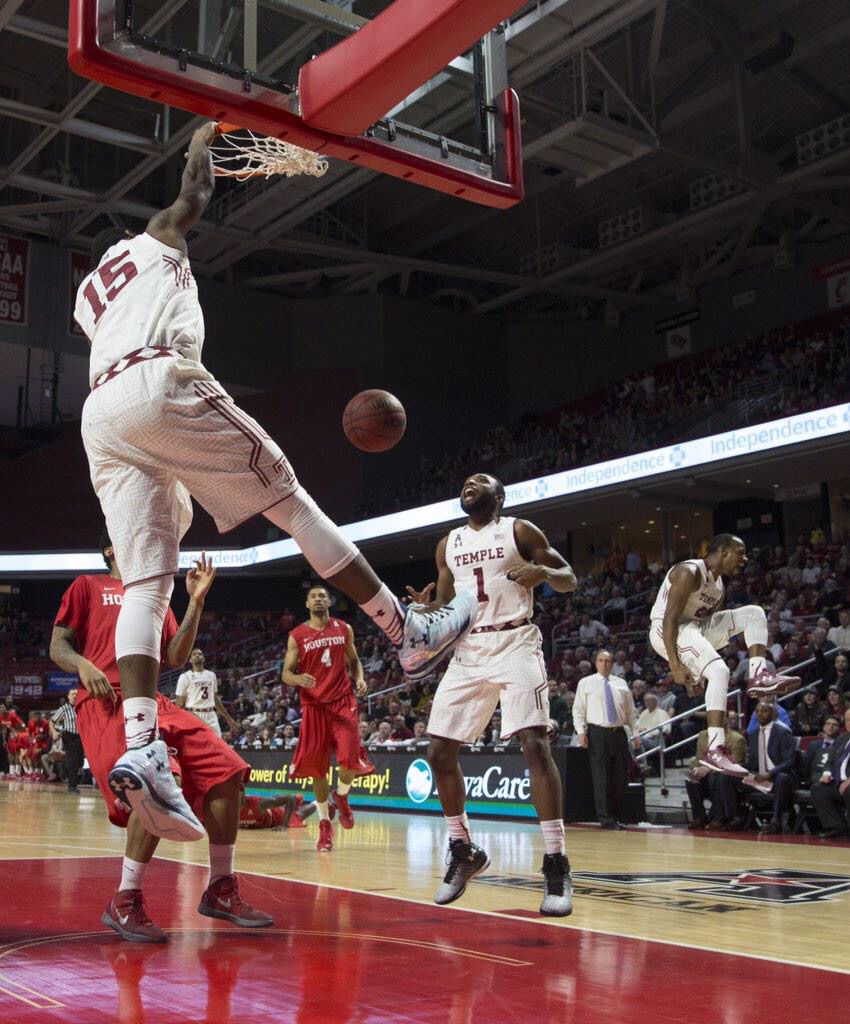 PHILADELPHIA– Jaylen Bond was the star of the night for Temple, as he brought home 15 points and nine rebounds in the Owls’ 66-54 victory over the Houston Cougars Thursday night at the Liacouras Center.

The junior forward’s impactful performance was largely in credit to Will Cummings’ generosity in transition, as the teammates’ chemistry sparked a much needed turnaround in the second half to put the Owls out on top in the game’s pivotal moments.

“[Will] is great point guard, and I know he’s going to find me in transition,” said Bond. “We do have a certain connection that makes it easier for me to score.”

Bond and Cummings were two of four Owls that scored in double-digits, the other two being guards Jesse Morgan and Quentin DeCosey, who drilled 7-13 from the floor with a career-high nine rebounds.

“I wanted to play as hard as I could while I was out there,” said DeCosey. “My confidence is always high, so I tried not to focus on that tonight.”

The Owls and Cougars opened the evening on a back and forth shooting spree, putting up a combined 33 points in the first six minutes of play. Senior Jesse Morgan drilled Temple’s first two buckets, both from behind the arc, and tallied eight points along with four assists in the first half. The Owls’ shooting percentage gradually dipped midway through the first half, and Houston responded by shooting 47% from the field, nailing five three-pointers at the 14:22 mark in the first. The hot shooting streak allowed Houston to take a 34-29 lead heading into the locker room at halftime. Temple’s first twenty minutes of defense appeared to be lethargic and stagnant, and head coach Fran Dunphy made sure his players were able to point out the solution to their first half blunders.

“We started a smaller lineup in the second half, made a couple of adjustments and it really helped us,” said Dunphy. “We deal with different match ups every single game, and I thought we ended on a good note defensively.”

With a four-guard set to open up the second half, the Owls immediately turned on the light switch, posting a rapid 8-0 run within the first three minutes to put Temple up 37-34. As opposed to Houston’s dominance in the first half, the Cougars flipped the script with the Owls, as Houston’s shooting percentage dropped nearly 15% by the final buzzer. Temple outscored Houston 23-9 in twelve minutes, finishing 37-20 overall. While the jets were turned on for the Owls, their dominance was spread throughout the entire lineup, as Temple controlled the paint by outmatching Houston in points 36-18, along with an effective 13 points on the fast break.

“It’s great when we have multiple players that can score,” said Bond. “We’re very versatile and I thought we did the job to help us be the best team we can be.”

Temple managed to lead Houston in all offensive and defensive categories, outnumbering the Cougars 66-54 on the boards with 13 points on second chance opportunities. Evidently, the Owls’ success in the paint was in credit to their altercations in tempo, approach, and overall composure.

“We play really good basketball by not rushing and by being patient,” said DeCosey. “We need to stay sharp on offense and defense and continue to play hard as a team. We need to stay confident.”

The Owls improved their field goal shooting percentage by roughly 20% in the second half, averaging the final percentage to an exceptional 45% on 60 total shot attempts.

“When you’re making shots, it makes it look like you know what you’re doing,” Dunphy implied. “But we need to move the ball better and make shots. We’re a team that needs to share the basketball and when we do that, we’re okay.”

Quenton DeCosey was the Owls’ leading scorer with 16 total points, and Dunphy was pleased with his star guard’s progression this season.

“Quentin was very good in all ways tonight,” said Dunphy. “He made a couple good plays in the lane with a couple good finishes, so hopefully that’s a sign of good things to come.”

Senior guard Will Cummings also posted fourteen points with seven assists in his thirty-eight minutes of play, making his head coach pleased with the team’s execution on offense.

“[Will] is a really good player and he’s good at both ends,” implied Dunphy. “He’s running the show and leading us on the offensive end. I’m so proud of his efforts and he’s playing at a pretty high level.”

Thursday night’s win placed Temple at twenty total wins this season, accomplishing the impressive feat under Dunphy’s reign for the seventh time in the last eight seasons. For the players that battled through a disappointing 2013 campaign, the recent success has been a refreshment in all ways possible.

“20 wins means a lot,” said DeCosey. “Last year was rough and with the help of Jaylen, Jesse, and Devin, it’s definitely helped us confidence wise.”

Temple improves to 20-9 on the year, standing in third place with an 11-5 record in American Athletic Conference play. Two regular season games remain for the Owls, as they visit East Carolina next Thursday and return home for a Saturday matinee against Connecticut. The season is closing in, but the road to the NCAA Tournament is still a ways away in the eyes of the head coach.

“We need to win games, we’re in the home stretch,” said Dunphy. “This is crunch time and we need to win.” 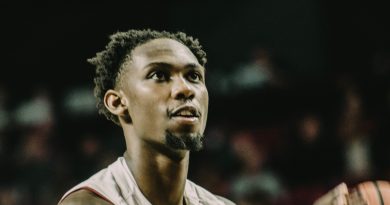 Owls And Bruins Set To Square Off In First Four 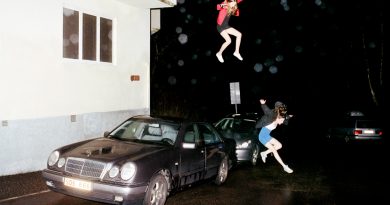